Telling the Real Story of ‘The Cokeville Miracle’ | Meridian Magazine 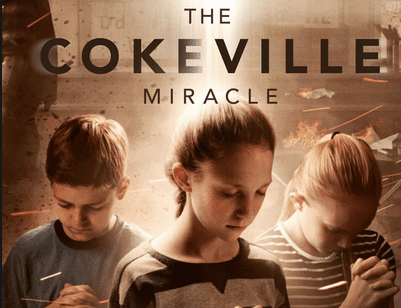 Telling the Real Story of ‘The Cokeville Miracle’

A woman came into Kam Wixom’s six grade classroom in Cokeville, Wyoming on May 16, 1986 telling him and his classmates that she had a surprise for them waiting in room 4. It was unexpected and they didn’t recognize this woman, but who doesn’t love a surprise? The whole group followed and joined over a hundred other children who were already gathered in the room.

The lights had been dimmed and Kam immediately noticed several guns on one side of the room including a machine gun. He wasn’t sure what to think, maybe this was some kind of drill? When a teacher turned and said, “this man has a bomb, we are being held hostage,” it was clear that this was no drill.

The dramatic events that followed are vividly depicted in the new film, The Cokeville Miracle from director T.C. Christensen (17 Miracles, Ephraim’s Rescue) coming to theatres this Friday June 5th.

After a tense two hours of uncertainty, the bomb was detonated prematurely and unintentionally, but miraculously out of the 136 children and 20 adults in the room, only the couple that brought in the bomb were killed.

Knowing the outcome of the hostage situation before seeing the film is not a “spoiler alert” because the true impact of this story is in the telling.

And it seems T.C. Christensen was just the man to tell it.

There were previous attempts to turn this incredible story into a movie and those attempts had failed in the eyes of the people who actually survived the incident. The focus had always been on the evil motivations of David and Doris Young rather than on the series of amazing “coincidences” that brought everyone out of their control alive and deeply bonded the town of Cokeville forever.

As a result, when Christensen approached the citizens for permission before embarking on the film, many of them were understandably skeptical about surrendering creative control of their story again. Some of the most vocal opponents to the project were Ron Hartley and his wife Claudia (who became the principle characters through which the story is told). They fully planned to attend the scheduled town meeting and voice their opposition, but only a few nights before the meeting was to be held, they attended a screening of Ephraim’s Rescue and realized that they actually believed this director might be the one to do their story justice.

It is a story that has sacred elements for many of those who experienced it firsthand. Jennie Johnson who was a first grader when the bomb was detonated in her very own classroom, didn’t realize until years later when she found a picture in a family photo album that the woman who had taken her hand and led her out of the black smoke and the heat of the burning school was actually her Aunt Ruth. She asked her grandfather when her Aunt had taught at her elementary school and he told her that Ruth had died years before she’d offered her help to Jennie in that moment of need.

Jennie’s story is one of many aspects of this event that is lined with the extraordinary. T.C. Christensen is fluent in a visual language that is ideal for vividly capturing sacred subject matter. In addition, by telling this story through the eyes of a non-believer and largely leaving out LDS-specific references, he weaves together a rendering of true events that has the potential to bring hope and inspiration to an even broader audience.

The story, though uplifting, is not without its darker elements. Several of the survivors that visited the set found it difficult to be around the actor that played their tormentor, David Young. He seemed to embody the spirit of the character so well that for some it triggered difficult emotional responses.

But the film also became a platform to resolve long buried issues as many of the survivors had the chance to reunite and discuss their feelings and their memories and the things that still make them afraid. Christensen even held a private pre-screening for the citizens of Cokeville hoping that, in the end, they would feel that their trust in him was not misplaced.

Kam Wixom said that before the film began there was a feeling of apprehension in the room, the tension was real. But afterward Wixom says, “it was just elation and relief and triumph—words like phenomenal and powerful. Oh, Hallelujah, we got it.”

Just happened upon this film as I continue to wait out the pandemic in Alaska. What an inspiration. I will be sharing the link to the film with all those I know who need to hear its message in this time of desperation. (November 2020)

TC scores once again, and I believe this is his best work yet! I had read the book some years ago and was touched by it. The film stays very close to that written record. Personally I'm glad that TC did not make this a "Mormon" movie -- it deserves as large and audience as possible.