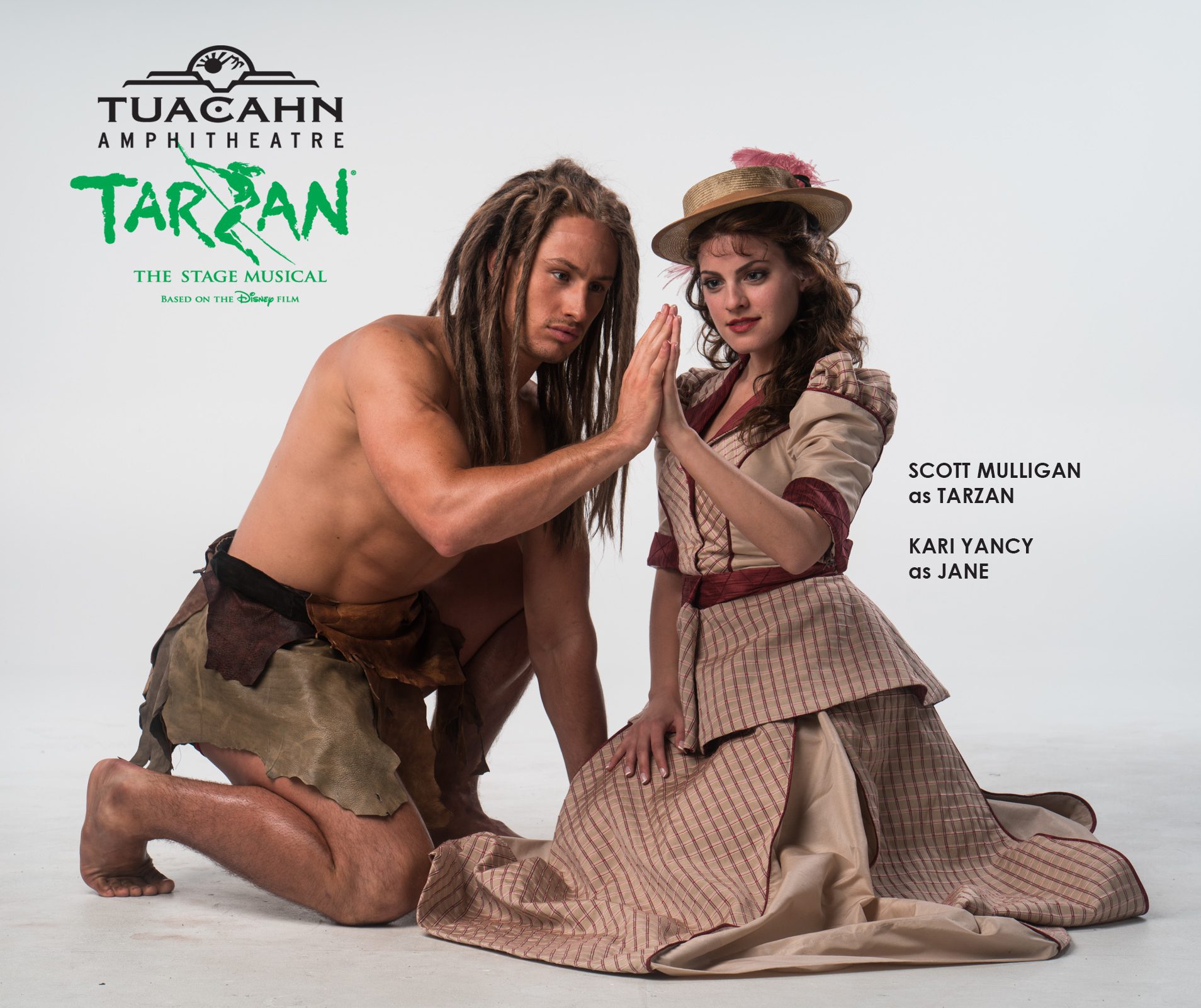 For 21 years as Southern Utah’s “Broadway in the Desert,” Tuacahn Ampitheatre has delighted patrons with Broadway-caliber shows against a red cliffs backdrop. They’ve kicked off the 2016 summer musical season with ambitious, family-friendly productions of Peter Pan and Disney’s Tarzan.

It’s perhaps unfair to this adaptation of J.M. Barrie’s Peter Pan to compare it to the Disney version, which has had a lifetime to burrow its music into our collective minds. The songs here can’t compare to decades of nostalgia, but they’re fun and catchy nonetheless. The cast is superb. Em Grosland brings stunning energy to the role of Peter Pan, with a tomboy’s spunk and impressive mastery of the wirework. Kari Yancy’s Wendy offers zest and real heartache at growing up, Ernie Pruneda makes a perfect Smee, while Aloysius Gigl pulls impressive double-duty as the uptight Mr. Darling and the dastardly Hook. Nicole Pavone dazzles in Tiger Lily’s demanding dance numbers. The script doesn’t allow the rest of the cast to leave much of an impression, nor does it reach the necessary gravitas underlying the story, but this is still a memorable night at the theater, with impressive production values and joyous energy.

If you can only pick one of the two, see Tarzan, as masterful a stage production as I’ve ever witnessed. In terms of story and character it’s an improvement over the already-strong Disney film, with moments of powerful emotional resonance among the energetic dancing, vertigo-inducing vine-swinging, and wondrous jungle sets. Scott Mulligan makes for an athletic and empathic Tarzan and Tuacahn star Kari Yancy brings strength and intelligence to Jane. Korie Lee Blossey and Belen Moyano, as Tarzan’s adopted gorilla parents, give raw performances of real tenderness and power. How they have the energy to deliver underneath heavy makeup in the desert heat is beyond me (they don’t benefit from the misters and giant fans like the audience). Phil Collins’ music for the film blends well with his new songs for the play. This is fantastic theatre.

Jonathan Decker is a licensed marriage and family therapist available for online sessions throughout Utah and face-to-face sessions in St. George. He was the co-host of The KJZZ Movie Show, winner of the campus-wide BYU Talent Show, performer with Divine Comedy, and star of numerous independent action-comedies. His book 250 Great Movies for Latter-day Families is now available in paperback and Kindle. You can see him on multiple panels in September’s Salt Lake Comic Con. For Jonathan’s relationship tips and family movie reviews please visit yourfamilyexpert.com.