Taking the Sweet without the Bitter | Meridian Magazine 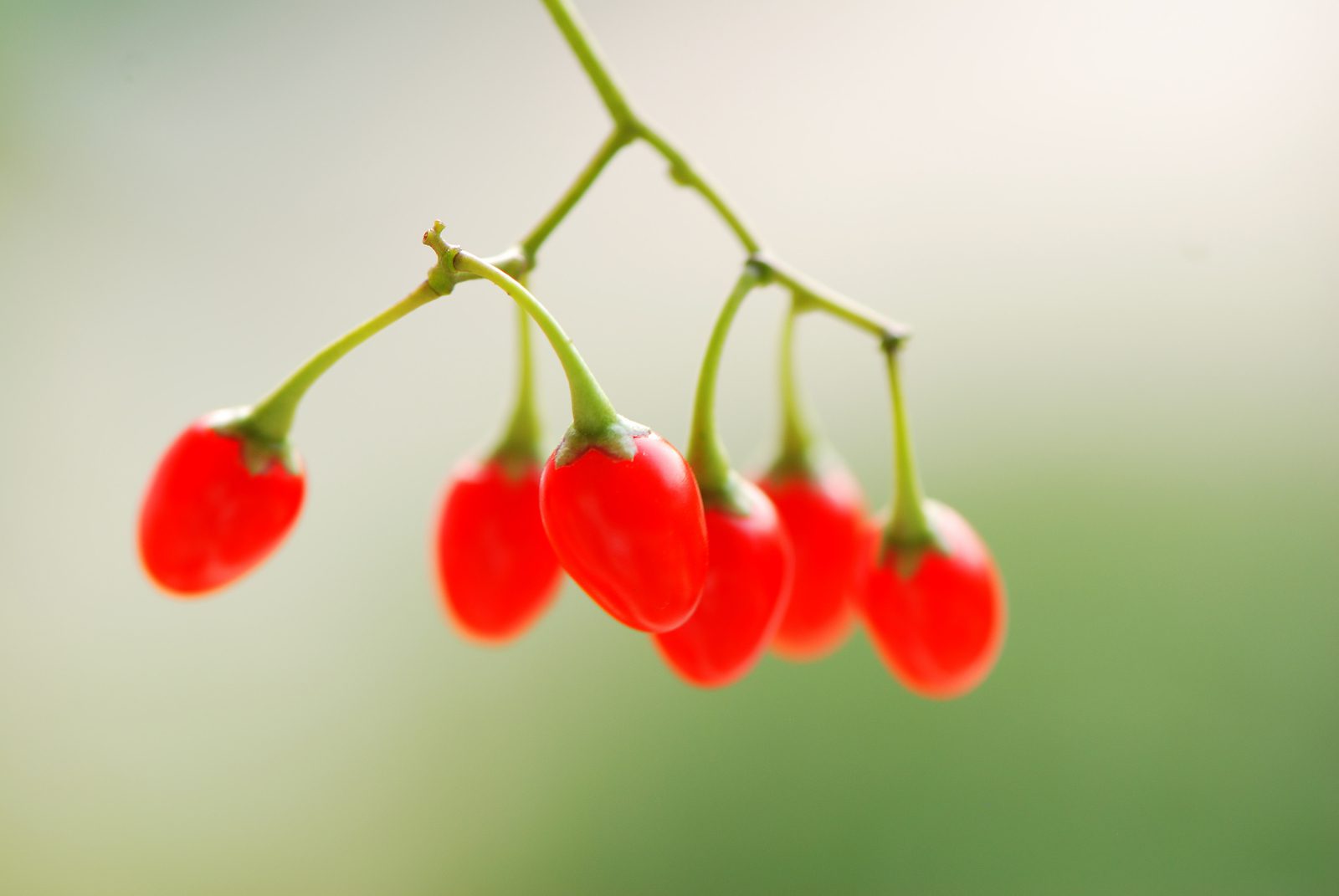 Taking the Sweet without the Bitter

I was in a Relief Society lesson a couple of weeks ago and (as I am wont to do) I raised my hand to make a comment. I don’t remember now exactly what the lesson was on, but my comment was something to the effect of how much women can have an influence on the men in our lives and how we shouldn’t take that influence for granted. I cited a sort of silly example of the way that if my Dad wears a brand new shirt and my Mom doesn’t notice or comment he may not ever wear that shirt again, but if she sees him and loves it and tells him how it brings out the blue in his eyes—we’re going to be seeing that shirt a lot. A lot.

My little spiel concluded with something along the lines of how much our goodwill and encouragement as women has the power to positively affect the men that we associate with and love. The girl teaching, who is a radiant, beautiful and generally well-spoken gal, said, “ugh, as if they’d ever admit that.”

It was a strange moment for me. I’m sure she has already forgotten the exchange, and she was probably 75% joking, but it felt like I’d stumbled upon an acidic little pool of bitterness. It kind of shocked me that someone who emits so much warmth and light would have that kind of sting in her step. And I’ve observed that that bitterness toward the opposite gender is far from unusual among the single adults in the church.

I have lived with at least 30 lady roommates over the past 6 or 7 years and I have heard the phrase, “boys are so dumb!” or “guys are the worst!” more times than I could ever put a number on. I had the silly romantic notion from a very young age that I didn’t want to make any sweeping and negative blanket statements about men because that would mean I was accidentally saying something mean about the man that would one day be the love of my life. As such, a little 12-year-old version of me is a little scandalized and defensive every time I hear someone say something like that.

But it isn’t because I’ve never experienced firsthand the dumb behavior of some boys and the way a boy’s misstep that ends with the heel of his shoe right on your heart would lead to some underlying bitterness in the way you see boys in general.

And it seems from the following comments on the ‘Singles’ section of Meridian Magazine that the boys have some grievances about the girls as well:

Boy A – On how the women view the men:

“Oh, we know exactly how you see us: As a bunch of uneducated, underemployed, porn-addicted basement dwellers who do nothing but play Warcraft all day. Not to worry, ladies. Someday your 6’4″ neurosurgeon apostle will move into your singles ward, and when he does, he’ll choose YOU! He even called me last night asking where he can find some hypercritical, overweight fault-finders to date. He’ll be there front and center this Sunday.”

Woof. I highlight this comment because while it is seething with bitterness, this guy hasn’t lost his wit though he seems to have lost his hope.

Boy B – On the effect of the ecclesiastical approach to dating on men and women:

“Instead of ‘I am worthy of XYZ’, many women have gotten the message that ‘I am entitled to XYZ.’ Likewise, instead of ‘I need to step up and take more responsibility,’ many men have gotten the message that ‘I’m failing at my duties and can’t measure up to what is expected of me.’ The result of this is men with confidence issues being told to do things which require great confidence, and women who expect the unrealistic while feeling no need to improve themselves and their actions.”

I actually think there could be an entire article examining the claims that he’s made here, but since most of the women I know beat themselves up trying to be better than they are, I’m going to call foul ball on that last statement.

Boy C – On what you have to look forward to. An extremely pessimistic worldview which I have found to be totally false. Some of the coolest, most dynamic people that I know are mid-singles:

“Having been in a mid-singles ward, I can tell you that it’s a leper colony. Generally, LDS folks over the age of 30 are single for a reason. The reasons boil down to a) being fat b) being weird c) lack of self awareness d) you’re secretly gay or e) being fat (see a above). How do I know this? Because I am a chubby boy! Honestly, people need to take a deeper look at themselves. Realize what you are and date accordingly. Guys, if you’re a weirdo, you’re not going to date a super hot girl. Deal with it. Find another weirdo, and make a weirdo baby. Girls, if you’re a fatty, you’re not going to land the hot, rich dude. Sorry, it’s just not going to happen. We’re men and we’re superficial. Swallow your pride and date the fat dude. You’ll have fat babies and be happy! Lastly, stop blaming the opposite sex for your problems.”

It started out bitter with a twist and ultimately came around to an oddly charming mixture of self-deprecation and solid advice.

The thing that is troubling to me both about the women (and I’m sorry to say that I have been one of them) that say, “there is no one in this ward that I would ever date.” And the men that say, “all these girls think they’re too good for me,” is that ultimately you have already made your statement true by emotionally shutting the door.

I remember growing up, I was pretty rude to my little sister. She just seemed so little and though her blonde curls and her dancing in diapers was pretty cute, I always sought friendship elsewhere and made no effort to connect with her. I underestimated her. Now she is one of the most important people in my life and I love her so much it hurts. I met an uber-stylish, red-headed girl at freshman orientation at BYU and I immediately thought, “now that is someone I would never click with,”—she’s been my best friend for the past 6 years.

We’re just not that smart in our initial judgments of people. We as individuals and especially as singles come from a place of a lot of vulnerability and insecurity and (in my case heretofore) a very complicated system of defense mechanisms to keep us from getting hurt (again). But the truth of it is that those scar(r)ed parts of ourselves are small and faithless and tend to see smallness and faithlessness in others as well. No wonder nobody seems appealing through such lenses.

I’m not trying to downplay the reality of heartbreak. Grief from that kind of pain is real and it can be hard to get back out there without a chip on your shoulder. But newsflash: everyone has been rejected or hurt by someone. Whether it’s a second grade crush that pulled the chair out from under you in front of the whole class or the boy that was ready to buy a ring, but pulled the proverbial chair out from under you by breaking it off without ever explaining why. Or whether it’s that no boy ever noticed that you had a chair under you in the first place. Whatever the style of your heartache, it doesn’t mean that good people don’t exist or that people you don’t know, deserve your suspicion or disappointment right off the bat.

Ultimately, the people that attract people are the ones who are warm and friendly and accepting and confident in who they are and what they have to offer (even if all they have to offer is that they’re trying-because that’s really all any of us are doing). Life is already full of pitfalls and venom and there’s no reason that we should produce more of it when we could be producing its antidote instead.

And none of this is really about getting married, though obviously that would be an excellent byproduct. It’s not that we should be sloughing off our layer of bitterness toward the opposite sex because we might find a diamond in the rough where we might otherwise have seen glass shards. It isn’t that we should be kind and give people the benefit of the doubt because that might get us a spouse. It’s that men and women at any stage should be a strength to each other and not a source of pain or derision.

The divisiveness between the sexes in not only unnecessary, but it’s destructive. It’s men and women working together (even if it isn’t romantically) and helping each other that will build us up as individuals and as a community and ultimately build the kingdom of God.

I'm sorry that was your experience and I hope you don't feel ill-used because I used your comment as an example. I too have met other women who've treated their husbands (or now ex-husbands) the way you described. Don't let it poison the pot for you though. I know that's easier said than done. I hope that you get the chance to be with a new someone that appreciates your efforts and makes an effort for you too. --Mariah

Without going back to check, I'll admit that Boy B was probably me. Although if that's the case, I know there was some more context surrounding that statement than what was presented here. The key word for both men and women is "many," not "all" or "most." I've known plenty of men with excessive confidence and more than enough women who are constantly trying to improve themselves. I think my comment was more focused on the messages we give to these groups than the resultant behavior. Also, this comment was made while I was going through a divorce where a lot of these attitudes were manifest. Despite providing for my family, trying my best to serve my wife, caring for my children and serving in the bishopric at church, my wife was constantly complaining about how I wasn't doing enough for her. Meanwhile she was always coming up with reasons why she shouldn't be expected to do the things that were her responsibilities or improve herself. I don't want to project my ex-wife's attitude onto every woman out there, but I also know that she's not the only woman to ever act this way.