Study: Today’s dads are engaging more with their kids than ever before « Meridian Magazine 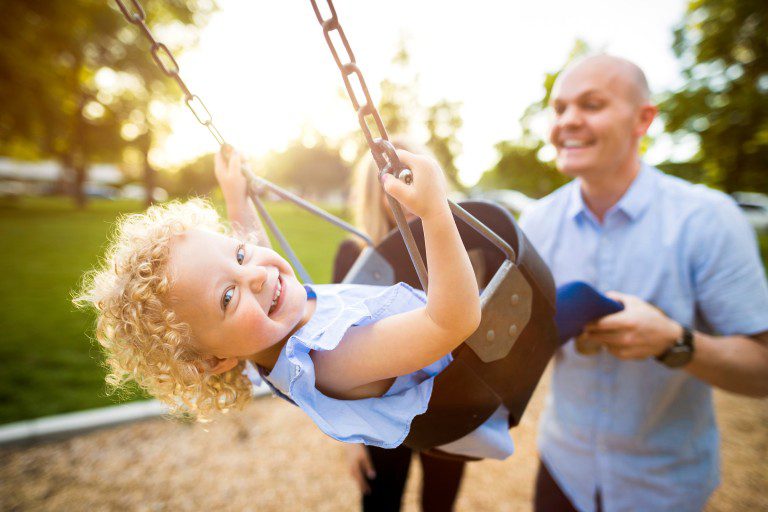 Study: Today’s dads are engaging more with their kids than ever before

Sociologists at BYU and Ball State have found that a majority of fathers today are relatively involved in their children’s lives.

Whether it’s physically being there for a baseball game or piano recital, or emotionally being there to provide warmth or support in a tough time, there appears to be a shift in how fathers are viewing their roles.

“We found that today’s dads spend more time, provide more care and are more loving toward their kids than ever before,” said Kevin Shafer, BYU sociology professor and a co-author of the study. “Most dads see themselves as playing an equally important role in helping their children as mothers do. At the same time, however, there is a group of dads who believe they are to be breadwinners, disciplinarians and nothing more.”

The study also showed a correlation between fathers who exhibit negative aspects of traditional masculinity and fathers who are less involved with their children.

“It’s important to understand what masculinity is and is not,” Shafer said. “In some circles, when people hear terms like hegemonic or toxic masculinity, they think those are attacking all men. Not so. There are some very beneficial aspects of masculinity — being goal-oriented or being loyal, for example. However, we are talking about more problematic aspects of masculinity — like aggression, detached relationships, not showing emotion and failing to ask for help. These are negative aspects of traditional masculinity, and our research suggests it hurts families.”

Shafer believes this new research has provided a better, broader examination of masculinity and fatherhood than in previous studies.

The study is published in the Journal of Marriage and Family and used data on 2,194 fathers from a national study on fathers of children ages 2 through 18.

The researchers assessed fathers’ perceptions of negative masculine behaviors by evaluating responses to a variety of statements, such as “It is essential for the child’s well‐being that fathers spend time interacting and playing with their children” and “It is difficult for men to express warm and tender affectionate feelings toward children.”

The results from the responses showed, on average:

Previous research indicates that many fathers struggle with the balance of adhering to masculine norms while still being more emotionally available and nurturing toward their children. This has been more of a trend as of late, but not something drastically new. Sociologists have noted that over the past several decades, fatherhood ideals have continued to change due to shifting paternal expectations and behaviors.

“Fathers continue to navigate changing social expectations,” said Lee Essig, another co-author of the study and BYU graduate student. “As current social trends are pushing for men’s increased familial involvement, we see more fathers stepping up to engage more actively in their children’s lives in various ways. As we teach boys and men to be more emotionally aware and cultivate emotional well-being, these men and boys will be able to become better fathers for their children, as they will be able to provide for them not only through financial contributions, but by being emotionally and mentally present for their children and their wellbeing.”

Based on the study, the researchers provide the following reminders to fathers:

Ball State sociology professor Richard Petts was the third co-author of the study.