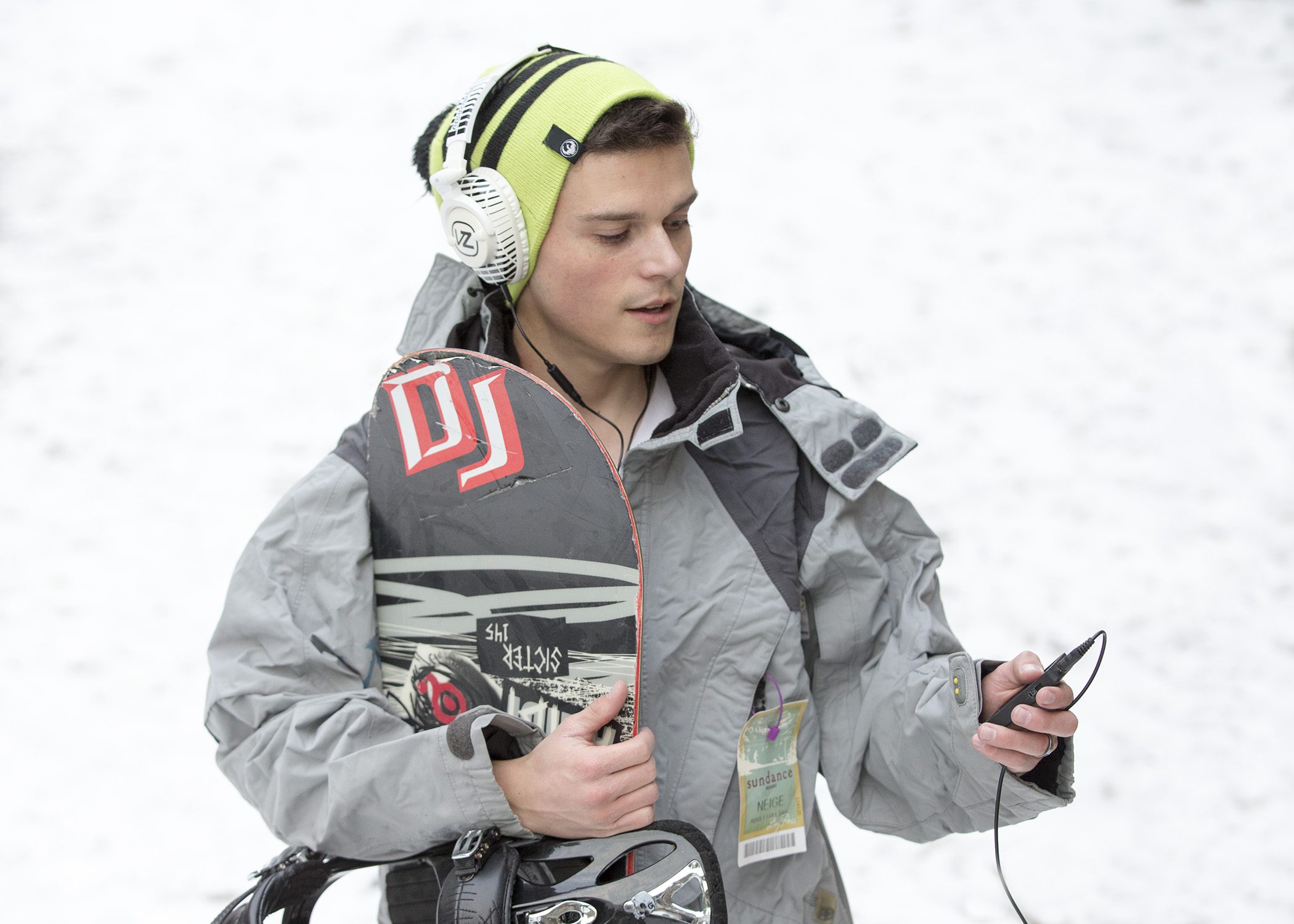 Every new ski season means the return of an old problem: trying to keep your group together while on the hill.

You know the drill: Your brother skis faster than you, your friend takes a different run down the hill, mom wants to stop for hot chocolate…. Before you know it, you’ve wasted 30 minutes trying to figure out where everyone is.

Fret not, skiers (and boarders/hikers/climbers), a group of BYU students has devised an innovative technological device to keep you and your fellow outdoor enthusiasts in touch while in nature: A tiny two-way radio that connects to your phone or headphones via Bluetooth.

Wavio, as they call it, is a voice-activated, more mobile version of the classic walkie-talkie. The idea was clever enough to land BYU student Dallin Anderson and his buddies $2,000 at the recent Student Innovator of the Year Competition.

“The basic idea actually came from my dad, while we were out rock climbing,” Anderson said. “You would be surprised, but pretty often even 100 feet away you can’t hear each other. When your hands are tied up and you have no cell signal, it’s hard to communicate.”

Anderson, who had just started his MBA program, decided to share his new technology idea with other students through BYU-sponsored entrepreneurship events.

After positive reviews at Ideathon and a Top-10 finish at the Big Idea Pitch, Anderson formed a team with undergraduate business students Jeremy Rios and Zach Edwards, along with electrical engineering grad student Jonathan Spencer.

Their device will allow athletes to communicate one-on-one or with a group of people using the technology. With its Bluetooth connection to a phone, Wavio will also provide a seamless transition between listening to music and talking over the radio.

Wavio was not only a finalist at last month’s Student Innovator competition but also won both “Crowd Favorite” and “Most Innovative” titles. The SIOY competition is a joint venture between the Ira A. Fulton College of Engineering and Technology and the Marriott School of Management that enables students to turn creative ideas into products ready for market.

Between SIOY and the Miller New Venture Challenge, BYU offers more than $200,000 in cash prizes to budding student entrepreneurs.

“The resources here at BYU have been extremely helpful,” Anderson said. “Every time we pitch, we get more confident and it helps set us up for investors.”

Anderson and his team are aiming to have a working prototype of Wavio available by early spring with hopes to raise cash through the summer to ship products by Christmas 2016.

Can this be used on a cruise when you,have no cell signal or internet so don't take your phone with you out of the cabin ( it's used as a clock and alarm only ) ? If it can then the kids can take their phones and we can at least find them! We can stop leaving post it notes on the door to let friends know where we are !!! Sell this to the cruise companies !!!! Sell this to everyone who needs to communicate with others ...even while hiking etc or boating, or just shopping in town !!