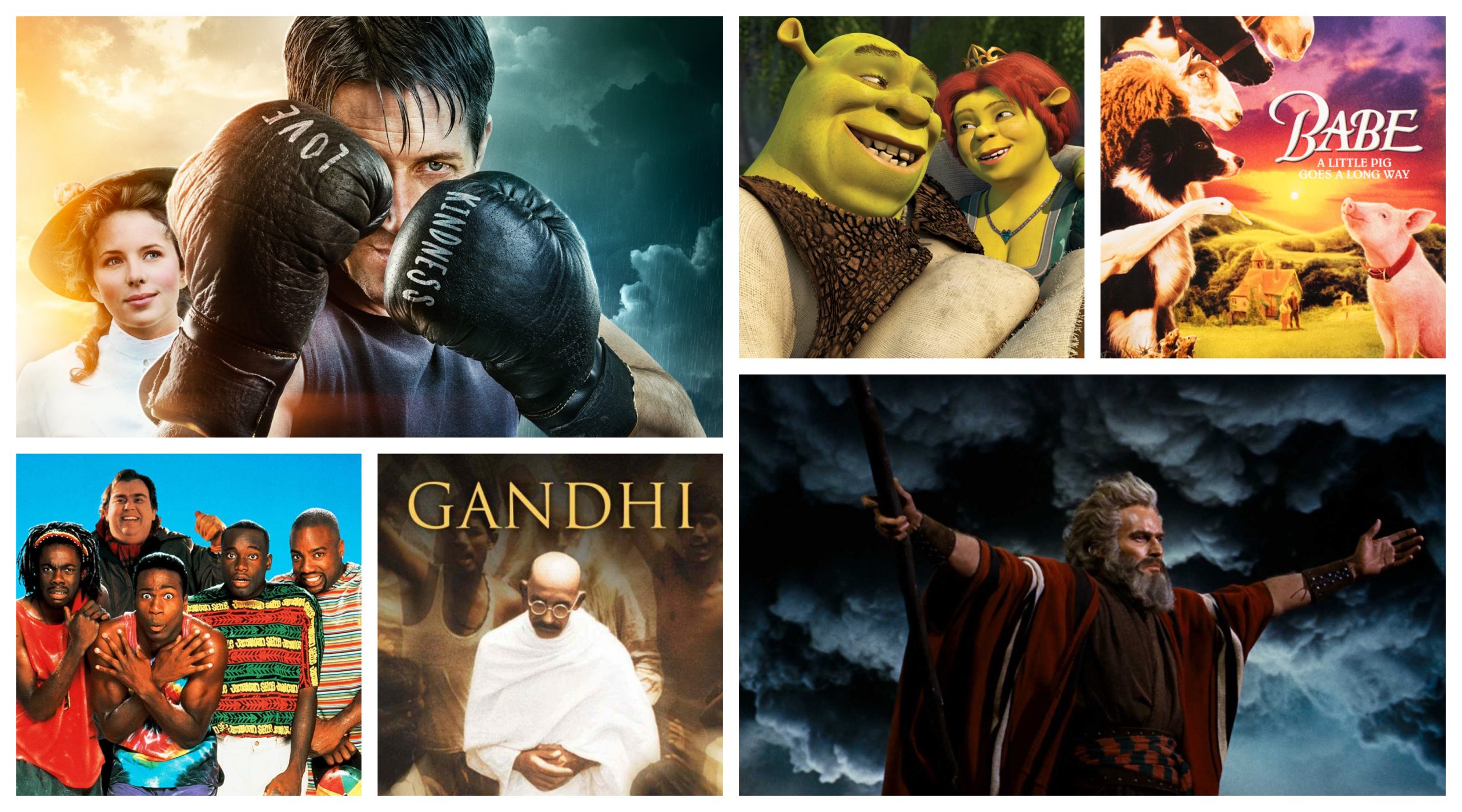 “Choose wisely when using media because whatever you read, listen to, or look at has an effect on you. Select only media that uplifts you.” (For the Strength of Youth- Entertainment)

There’s great, uplifting films to stream at home! I’m Jonathan Decker, family therapist and film critic, and I’m here to help you find the good stuff. For more curated picks and discussion guides for movies, follow me on Facebook.

The Fighting Preacher. Director T.C. Christensen’s powerful tale of champion boxer Willard Bean and his wife Rebecca, called to be the Church’s first presence in a hostile Palmyra since the days of Joseph Smith. Willard aims to change hearts with his fists; his wife has other ideas. Warmly-acted, beautifully-shot, and very moving. Stream it on Living Scriptures or rent/buy it here.

Cool Runnings is one of the great live-action Disney films from the 90’s (see also: The Rocketeer, Newsies, Three Musketeers, Wild Hearts Can’t Be Broken). Based on an unlikely true story of tropical Jamaicans competing in the winter Olympics as bobsledders, it plays fast and loose with the facts but is undeniably crowd-pleasing. Legitimately funny and moving, with a marvelous performance by the late John Candy. Stream it on Disney+ or rent/buy it here.

Dragonheart finds medieval dragon-slayer Dennis Quaid forming an unlikely alliance with the world’s last dragon to overthrow a vicious king. Hokey summer fun with one of the all-time greatest musical scores. Stream it on Netflix or rent/buy it here.

Shrek, the original Dreamworks Animation classic, has aged surprisingly well. The irreverent wit, the clever screenplay that turns fairy tales on their heads, and the first-rate vocal work by Mike Myers, Cameron Diaz, and Eddie Murphy are as charming as ever. Stream it on Hulu or rent/buy it here.

The Conspirator is a powerful tale of due process, freedom, and justice in the legal system, as a Northern defense attorney is tasked with assuring a fair trial for a Southern woman charged with conspiracy in the assassination of Abraham Lincoln. With James McAvoy and Robin Wright, this is a thoughtful, insightful historical film. Stream it on Amazon Prime or rent/buy it here.

All Dogs Go to Heaven is a marvelous little animated film. All-but-forgotten since its release, this is well-worth rediscovering with your kids. Stream it on YouTube or rent/buy it here.

Ghandi features an Oscar-winning turn by Ben Kingsley in this stirring, illuminating biopic from director Richard Attenborough (Shadowlands). There’s no better way to learn about this inspiring world leader (whose methods of nonviolence directly influenced Martin Luther King, Jr) in a shorter amount of time than to settle in with this three-hour epic. Stream it on Crackle or rent/buy it here.

The Ten Commandments. Cecille B. Demille’s Old Testament masterpiece is, simply put, one of the most stunningly ambitious movies ever made. Faith-promoting and stunning, with a legendary performance by Charlton Heston. Stream it on TubiTV or rent/buy it here.

The Ultimate Gift is a lovely Christian film about a young rich man whose inheritance must be earned through a series of character-building tasks given him by his late grandfather. When he meets a single mother with a terminally-ill daughter, his life and relationship with God are forever changed. Stream it on Vudu or rent/buy it here.

Babe. You don’t find many G-rated family films nominated for Best Picture at the Academy Awards, but this is an absolute delight from beginning to end. Good for the whole family. Rent or buy it here.

Mission Impossible: Lettering. In 1998 I starred in a parody for our seminary, in which a young man accepts a series missions in order to learn how to advance in his Latter-day Saint studies. Starts slow, corny for sure, but the back half has some good action and comedy if you can make it.