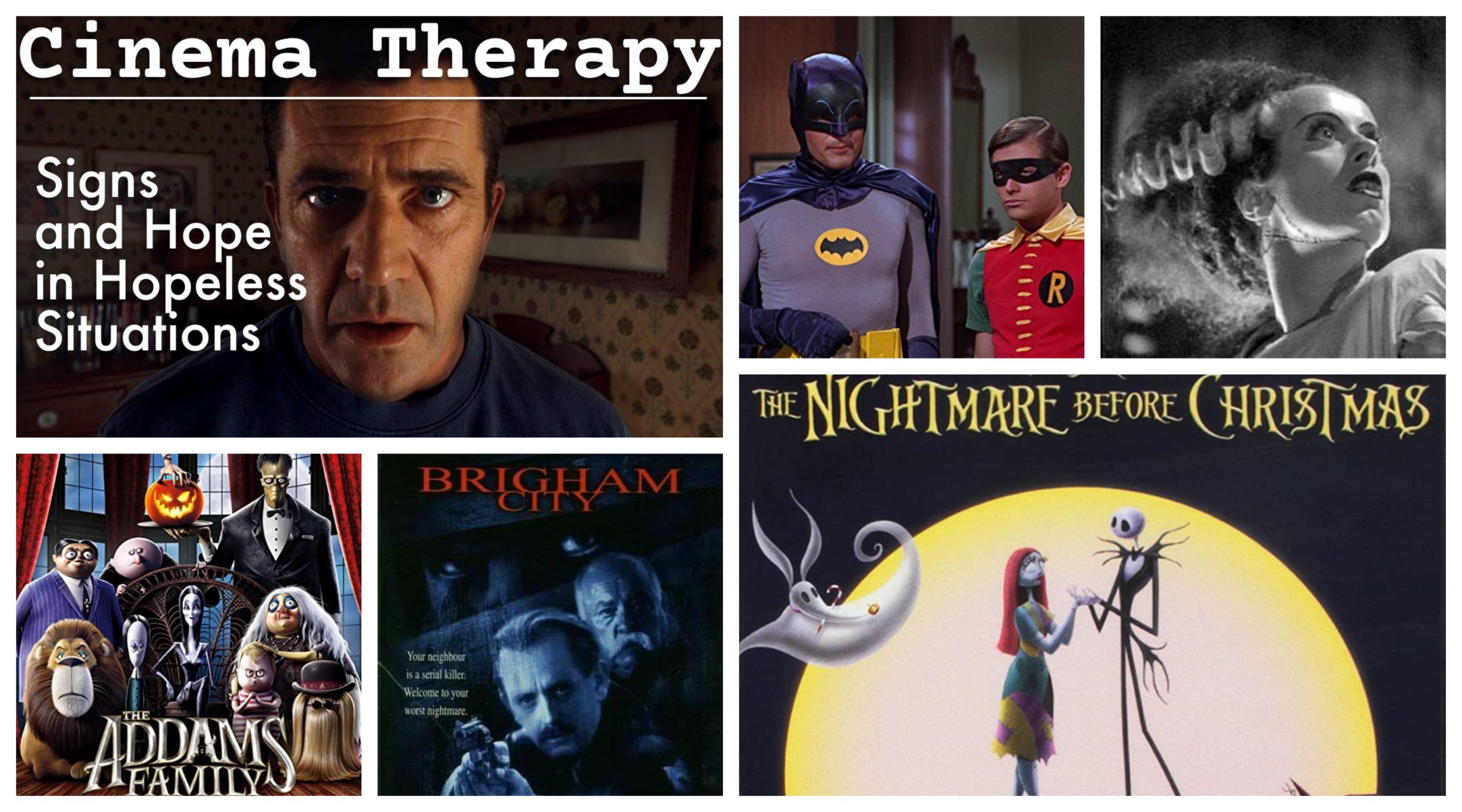 Cinema Therapy is a YouTube channel begun by two Latter-day Saints, a therapist (yours truly) and a filmmaker (Alan Seawright) exploring how Hollywood films demonstrate principles from psychology and family therapy. Here we explore how Signs can help us to find and share hope when times feel hopeless. Rent or buy it here.

Brigham City. Richard Dutcher skillfully blends a chilling murder mystery with spiritual uplift in this critically-acclaimed thriller, as a small-town Latter-day Saint sheriff tries to save his flock from a serial killer. Rated PG-13. Stream it on Living Scriptures or rent/buy it here.

The Nightmare Before Christmas finds king of Halloweentown Jack Skellington bored with his holiday. When he falls in love with Christmas, he tries to make it his own… with spookily catastrophic results. A classic for the whole family. Stream it on Disney Plus or rent/buy it here.

The Addams Family. Animated 2019 version of the classic television series about a kooky family of macabre monsters and their off-kilter way of relating to each other. Stream it on Hulu or rent/buy it here.

Bride of Frankenstein. A masterpiece of classic thrills and humor, this 1930’s sequel is one of the most influential monster movies ever made. Peacock has a vast library of old-school creepy movies. Stream it on Peacock or rent/buy it here.

Batman. The original 1960’s TV series starring Adam West and Burt Ward is finally available for streaming. Every season, every episode of the campy classic is here. Great for kids. Stream it on Roku Channel or rent/buy it here.

Paranorman. From Laika studios, the makers of The Box Trolls and Kubo and the Two Strings, comes this stop-motion-animated tale of a young man who can talk to ghosts, trying to stop a witch from raising an army of zombies. Rated PG for some mild language and grown-up humor. Fortunately, you can stream the film on Netflix and apply Clearplay filters for content.

The Blob has a very young Steve McQueen trying to save his town from… a Jell-O mold from outer space, essentially. Classic 50’s B-movie thrills, with plenty of camp which makes it not so scary. Stream it on Crackle or rent/buy it here.

BYU’s Divine Comedy: Dancing. From 2005-2007 I performed with the popular Brigham Young University humor troupe Divine Comedy, whose members later formed Studio C. This bit has us performing the Thriller and other fun numbers.