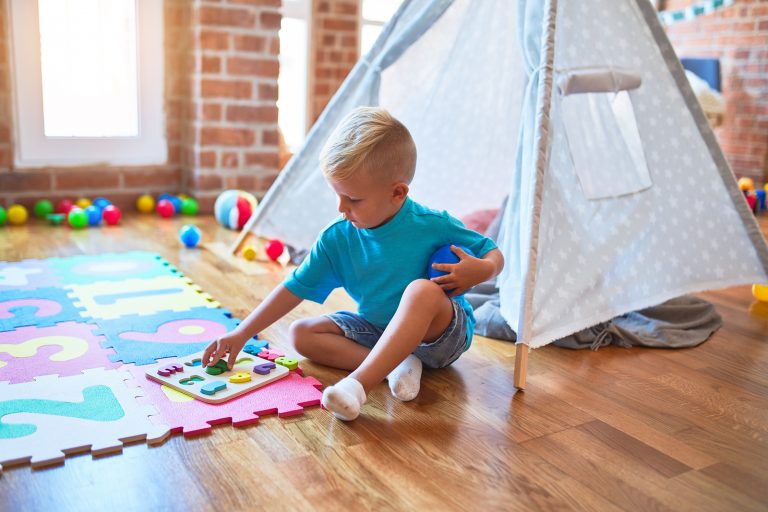 Parents feel the challenge of being home with their children who are going stir crazy since they can’t play with others their age. But how do the children feel when they are trying to find something to do? My wife, Donna, has lots of friends on the internet, and one friend, Katie Vaughan, shared her story.

Katie is the mother of a blended family with a darling four-year-old son named Porter. Katie likes to use Amazon Prime a lot. As a mother, it is much more convenient to order something and have it show up at her door than to have to run out to make the purchase.

Porter had seen his mother using Amazon and understood the connection between his mom finding something she wanted to purchase and the mailman dropping it off on their porch. Sometimes Porter would ask to look at toys on Amazon, and Katie would key the word into Amazon’s search bar. For those of us who are older, we might well remember looking at Sears and Roebuck or J. C. Penney catalogs before Christmas. Amazon is today’s equivalent.

One day, Porter asked his mother if he could look at dunk tanks on Amazon. Katie figured that he must have seen one on YouTube and was interested in looking at it further. Porter brought Katie her iPad, and she keyed in the search for dunk tanks. She was quite surprised to find out that Amazon did sell them. But she felt it couldn’t do any harm to let her little son look at them.

A little while later, Porter brought his mother back the iPad and said the mailman would deliver them a dunk tank. Katie smiled at this. Children will often find something they want only to see Santa magically deliver it. So why should a child not think the same thing could happen with the mailman? Katie just shrugged it off. But that quickly changed when a few minutes later, she received the email confirmation of an Amazon order for a $3500 dunk tank.

Katie could hardly believe her small son knew how to follow through and complete the order on her account. He was so pleased with himself that Katie couldn’t be mad and instead just laughed about it. She was able to cancel the order. She knew Porter didn’t understand about the money, nor did he understand about an order getting canceled. Needless to say, Katie changed her Amazon settings so it was more difficult to checkout.

Katie’s story, and the strangeness we have seen with the run on toilet paper, reminded me of a similar story on the radio about six months back. On Sundays, for church, a lady listened to an internet preacher. He was lamenting the fact that so much of what we do these days is impersonal, disconnected, and online. (I found that to be interesting since he was an internet preacher.) To get his point across, he gave an example.

“We don’t even go to the store anymore to buy something essential like toilet paper. Instead, we just say, ‘Alexa, order me fifty giant cases of toilet paper,’ and then we have it delivered to our door. We don’t ever see or even talk to another person, only a machine.”

You can guess what happened. A few days later, a semi-truck backed into the lady’s driveway. The driver got out and said, “Lady, where do you want your fifty cases of toilet paper?”

It just happened that her Alexa was on as the preacher was preaching. It had dutifully ordered her toilet paper, as it was told to do. She was floored by this and didn’t know what to do with all of it. If that had been today, she would know and could have sold it and doubled her money.

But back to the story about Katie. Trying to explain to her little son that she had canceled the order did no good. He was sure it would come and kept sneaking out each day when the mailman arrived to see if the dunk tank had been delivered.

Katie just smiled and decided that she needed to rent a dunk tank for her little son’s next birthday party.