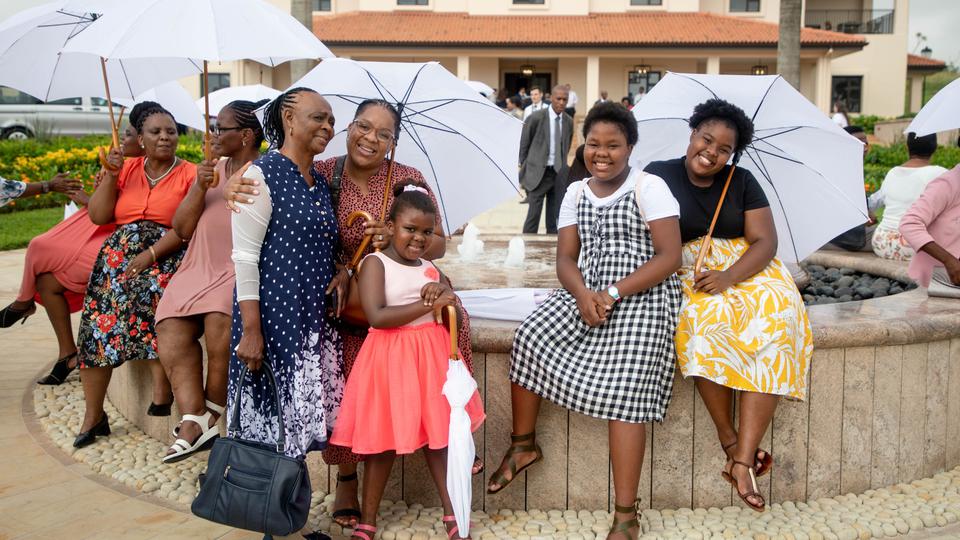 Elder Ronald A. Rasband, an apostle of The Church of Jesus Christ of Latter-day Saints, dedicated the Durban South Africa Temple Sunday.

“I don’t think there’s anything greater that I could be asked in my ministry to do than to be assigned by the prophet of God to dedicate a temple,” said Elder Rasband.

This is the Apostle’s first opportunity to dedicate a temple. “You can see how I [had] such a high expectation and deep appreciation for the privilege of being here,” he added.

Elder Rasband’s wife Melanie, accompanied him along with Elder Carl B. Cook of the Presidency of the Seventy who assisted with the dedication and the traditional cornerstone ceremony that preceded the dedication. Elder Cook’s wife, Lynette, also participated in the dedicatory services.

The cornerstone ceremony is considered the final construction element to the temple. Elder Rasband conducted the short ceremony just prior to the dedication.

“We … symbolically set the foundation of [the] temple,” said Elder Rasband of the Quorum of the Twelve Apostles. “Which is like the scripture says, that Jesus Christ is the chief cornerstone of His church and the apostles and prophets are the foundation.”