Soon-to-Be Biggest Thing in Football has No Idea what He's in For: Inside 425-Pound Motekiai Langi's Path to BYU | Meridian Magazine 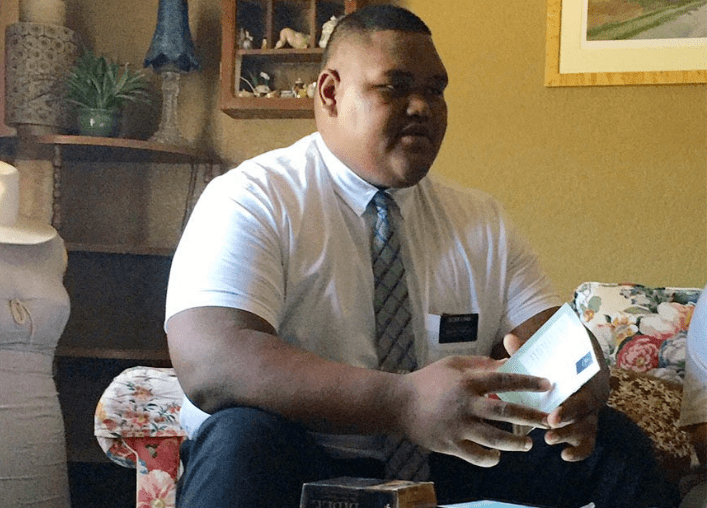 Soon-to-Be Biggest Thing in Football has No Idea what He’s in For: Inside 425-Pound Motekiai Langi’s Path to BYU

The following comes from CampusRush, the college section of Sports Illustrated.

On Feb. 4, 2015, BYU announced its recruiting class for the upcoming season. The list was typical, with a heavy presence of players from Utah and a bent toward Californians and Texans. But as the athletics department tweeted out each recruit’s information, several of the program’s communications staffers hatched a plan. One name, they figured, might go viral. They’d include a photo. That would rile up Twitter. And then, they decided, they’d wait a bit longer to send the next tweet.

That name was Motekiai Taukolo Langi, a 6’7″, 410-pound, zero-star lineman from Tonga. His profile alone would have been enough to garner notice, but in the photo accompanying it, Langi is a human snarl, the left side of his upper lip curled toward his nose, his brow not so much furrowed as it is an awning shading his deep-set eyes. He appears to be staring down the rest of the world, ready to clobber it.

The communications staff was right. For a few hours, Langi was the Bigfoot of football Twitter. ESPN’s sports business reporter and arbiter of Twitter tidbits, Darren Rovell, speculated that the whole thing might have been a hoax. “Is BYU trolling us?” he wrote. “No video or pictures of him playing on the Internet. Four total photos on Facebook.” Soon thereafter, BYU’s football media relations director, Brett Pyne, tweeted a photo of Langi standing next to 6’7″, 265-pound defensive end Bronson Kaufusi, who was a third-round pick in the 2016 NFL draft. The older player looked willowy in comparison. This was no hoax.