So You Want to Lead? Do It With ‘Feeling’ | Meridian Magazine 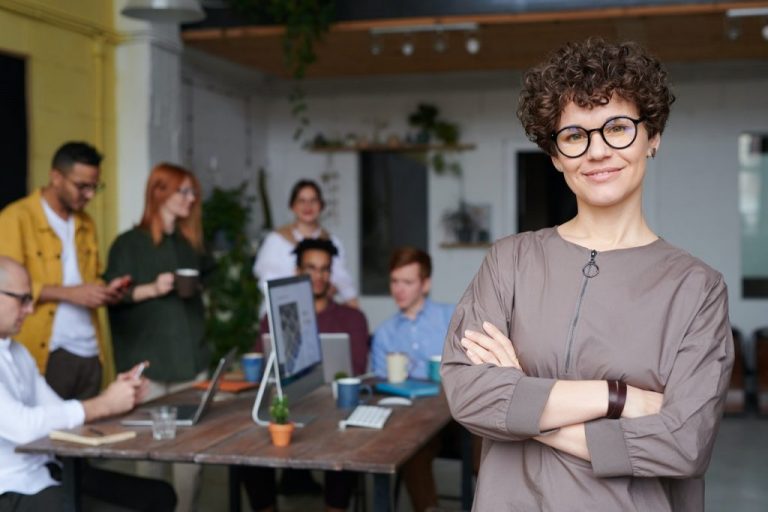 So You Want to Lead? Do It With ‘Feeling’

My friend Jim Rainey took over the reins of a huge agribusiness concern that had been hemorrhaging from operating losses for the previous five years. As the “turnaround guy,” he carried a heavy load of expectations.

A few days after joining the company, Jim walked into an early morning strategic planning meeting. You can imagine the attentiveness of all the eager beavers trying to impress the new boss. When he first entered the room, Jim overheard a young man mention that his wife was in the hospital. Jim inquired about the woman’s health, and the man said his wife was expecting to deliver their first baby later that day.

“Let me make a deal with you,” Jim told the young father-to-be. “I promise to give you a personal briefing on the outcome of this meeting if you’ll rush over to the hospital where you belong. You’ll get only one chance to witness the birth of your baby, and you don’t want to miss that.”

On the surface, that may seem like no more than a nice gesture. But it’s that very kind of thoughtfulness that earns trust and loyalty.

Jim was one of the toughest-minded business people I’ve ever known, and his record of accomplishment was truly exceptional. But what really set him apart from most of the other professionals I’ve known over the years was his remarkable emotional intelligence. Jim likely never even used the term “emotional intelligence,” yet his authentic caring for others was one of the most noteworthy ingredients of his success.

Daniel Goleman, a psychologist and science writer for the New York Times is often credited with popularizing the idea of emotional intelligence. Much has been written and said about the subject since Goleman’s 1995 book.

One of the best examinations I’ve seen of the subject is a book titled Leading With Feeling: Nine Strategies of Emotionally Intelligent Leadership. The authors are Dr. Cary Cherniss, director of the Consortium for Research on Emotional Intelligence in Organizations and a professor at Rutgers University; and Dr. Cornelia W. Roche, a management coach helping professionals better understand and navigate the organizational and individual forces that impact their work.

Their nine strategies of emotionally intelligent leaders include:

Rodger Dean Duncan: In lay terms, how do you define emotional intelligence (EI), and what do you see as its benefit in the workplace?

Cary Cherniss: EI is the ability to perceive and express emotions, to understand and use them, and to manage emotions in oneself and other people.

Dozens of studies involving thousands of workers now show that EI has a positive impact on employee morale, motivation, and performance. For instance, a meta-analysis aggregating 43 independent studies involving 5,795 employees found that the higher a person’s emotional intelligence, the better their job performance and the more committed they were to their organization. And having leaders with higher EI can be especially beneficial for work settings.

Another analysis, based on 20 studies and 4,665 employees, found that the direct reports whose leaders had higher EI were more likely to be satisfied with their jobs. Higher leader EI also was associated with lower employee turnover in an analysis involving 13 studies and 1,927 employees.

Duncan: Case studies and science supporting the value of EI have been around for decades. But many business people still seem to regard it as no more than “touchy-feely” stuff. How can leaders get past this resistance—both in themselves and in the people they lead?

Cherniss: Ultimately, research showing that EI helps increase the bottom line is the best way to turn naysayers into believers.

Here’s another example, involving one company rather than a whole aggregate of studies: A senior executive at American Express Financial Advisors (now called Ameriprise) noticed that his advisors were not selling nearly as much life insurance as clients’ plans called for. He commissioned a study to find out why. It turned out that many advisors felt uncomfortable when it came to discussing life insurance. So the company developed a training program designed to help advisors address those feelings. Then they conducted a rigorous evaluation study to see whether the program had an effect.

Not only did the participants like the program, but those who went through it generated 11% more in sales revenue during a 15-month period than those who didn’t. This translated into $200 million more in sales revenue for the company (this figure would be more than $320 million in today’s currency). Based on these results, this older, established financial services company made “emotional competence training” a required part of the training for all new advisors. They also rolled out versions for other groups in the company, including the advisors’ managers and their back-office employees.

Duncan: Most people seem to appreciate leaders who come across as “empathic,” “inspiring,” “decisive,” “and “trustworthy.” All of these qualities involve EI. So where’s the disconnect in understanding?

Duncan: Because EI involves recognizing and regulating emotions in oneself and others, how does a leader avoid using EI in a way that comes across as manipulative?

Roche: Authenticity is key. If leaders try to express emotions they don’t really feel, many people will view them as manipulative. Many of the emotional intelligence strategies we’ve discovered, such as, “Put yourself in others’ shoes,” help leaders to build trust and avoid seeming manipulative.

Duncan: Your research revealed nine strategies linked to EI abilities and competencies. How can leaders hone their skills in using those strategies? And what’s the key to remaining “authentic” in doing so?

Cherniss: The best way is for leaders to see how other leaders have used the strategies in real life situations and then practice using some of those strategies. For instance, another one of the strategies we identified is, “Monitor the emotional climate in order to identify potential problems or opportunities.”

An activity to help leaders practice using this strategy is the following: “As you sit in a meeting, shift your focus so that you are attentive to the feeling tone of the meeting. Is it relaxed, tense, positive, disgruntled? Do this for a few minutes at every meeting for at least a week. And if possible, check with others after the meeting to see if they experienced it the same way.”

Duncan: How can leaders use emotional contagion to influence others?

Cherniss: Here’s one of our favorite examples. An award-winning principal of a public elementary school, serving mostly disadvantaged children, realized that when she walked into her building each morning her mood affected the emotional climate of the whole school within just a few minutes. So each morning, she sat in her car in the parking lot and assessed how she was feeling. And if she wasn’t feeling enthusiastic and excited about starting the day, she would remain in her car and focus on feeling that way until she could bring positive feelings with her to the school.

Duncan: Genuinely understanding the perspectives of others is clearly a helpful skill for leaders. What are some keys to developing that skill?

Roche:  Practicing empathic listening is a particularly effective way to develop this skill. Here’s how it works. As you listen to someone talking about their experience, suspend judgment, and withhold giving advice (not so easy to do!). You can ask questions for the purpose of clarification and to better understand “why” the person talking feels the way they do. The questions should be open-ended such as “I wonder what that’s like for you?” “What’s your perspective on that?”  or “What might an outsider not know about the situation?”  Periodically reflect back what you hear to the other person, allowing the person to clarify or restate any parts of the story that were incomplete or misunderstood.

Duncan: The global pandemic has introduced many kinds of uncertainty in most workplaces. What role can EI play in helping people cope with a constantly changing environment?

Roche: We’ve heard from many leaders (and workers) about the stress the pandemic has caused in their lives. But emotions, even negative ones, aren’t always bad. When people manage their emotions effectively, they can think more clearly, develop more creative solutions, and motivate others to become more engaged in their work. And they can also live a better life.

For example, Doug, a CEO of a food processing plant in the northeast, has managed his fear of losing business during the pandemic by reframing the way he thinks about it. When he begins to get caught in a cycle of worry and anxiety, he reminds himself of the difficult challenges he has overcome in the past. This prevents him from becoming discouraged and giving up.

Duncan: What are some good ways for colleagues to help each other become more proficient in using EI?

Roche: Good question! Colleagues are in a unique position to help each other become more emotionally intelligent. They interact and see each other in action on a regular basis and can often offer another vantage point. However, when colleagues are equals, they need to be careful not to take on the role of boss or meddling coach, especially if not asked.

One senior executive, Jonathon, got the middle finger when first trying to help a newly hired, very talented but “rough around the edges” colleague named Manny. But one of the most important things Jonathon did was to truly care about what was happening from Manny’s perspective. And because Jonathon spent time trying to understand all the factors that were contributing to his colleague’s behavior, he was able to help resolve a major source of anxiety in Manny’s life outside of work. Once that issue was solved, Manny became much more emotionally available to take in critical feedback, for he now saw Jonathan as someone in his corner who cared.

So, taking our cue from Jonathon, perhaps the best way to help our colleagues become more proficient in using EI is to use our own! By taking the time and opportunity to connect with them, to find out the things that matter most to them, and to assist them when they become stuck or frustrated, we are much more likely to have a positive impact on those we work with than if we spent all our time critiquing their every move or deploring their difficult “personalities.”  Also important to keep in mind is that change takes time, so a little patience and perseverance can go a long way towards helping colleagues become more emotionally and socially proficient.

Duncan: What can leaders do to create a social context—or organizational culture—that supports the development and use of emotional intelligence?

Cherniss: Psychological stressors within the organization are a major impediment to using emotional intelligence. Leaders can make the social context more supportive of emotionally intelligent behavior by reducing stressors such as role overload, ambiguity, and conflict for both themselves and their employees. They also can give employees as much control and autonomy as possible and put them in roles that allow them to do work that they find personally meaningful.

And perhaps most important, leaders need to model emotional intelligence in their own behavior as much as possible.