Singing to a Father | Meridian Magazine 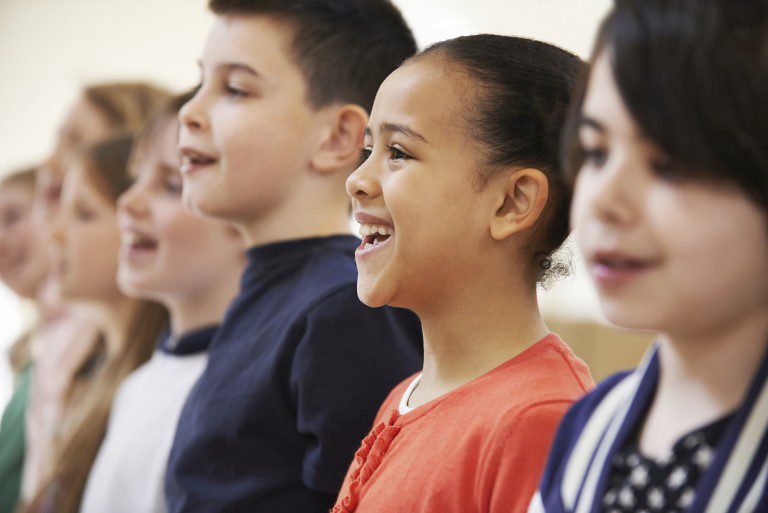 Singing to a Father

I was asked to teach music to the children at the church I attended. The children were from three to twelve, and we called it Primary. I felt very inadequate, but the leader of Primary told me the main thing I needed to do was to love the children.

And I did love the children. I loved them as if they were my own and thought of them that way. I was especially fond of one little girl. Millie loved to sing, but she sang monotone. She sang as loud as she could, and though she was only four, she almost matched all of the other children put together. One day, as primary was ending, one of the teachers pulled me aside.

“Don’t you think you should see if you can get Millie to sing quieter?” she asked.

“She sings so badly,” the teacher said.

“I don’t think so,” I replied. “I love to hear her little voice so full of enthusiasm.”

“But next week is Fathers’ Day, and you’re having the children sing to their fathers. Don’t you think her father will be embarrassed?”

“Not in the least,” I replied. “If Millie were my child, I would be pleased to have her sing with such happiness.”

The teacher just rolled her eyes and walked away.

I truly did not agree with her. I loved hearing Millie’s monotone voice. It was a happy child’s voice, and when she sang, it lifted my spirit, even if she wasn’t on key.

But there was one child I was concerned about. David was eight, and something seemed to bother him. He sang quietly if he sang at all. Usually, he just stared at the floor. But when we sang a song he really liked, he would sing a little and seemed happier.

When we practiced the song for the Father’s for the next week, I gathered the children around me. David stood outside the group, staring at the floor. I went and knelt in front of him.

“David, I would love to hear you sing. You have such a beautiful voice.”

He looked at me with surprise showing in his face. “Do you really think so?”

As we continued to practice, David’s whole demeanor changed immediately. He looked up, smiled, and sang every song.

The next week, when the children gathered to sing for the fathers, David sang out, though with a little bit of timidity. When we went to primary, I had treats for the children and praised all of them, but gave a little extra praise to David.

When church ended, David’s mother came to me. She started to cry but finally was able to speak.

“I don’t think you have any idea what you have done for David,” she said. “David used to sing monotone, and a few years ago, when we attended another church congregation, the primary music teacher told him he had a terrible voice and asked him to be quiet. He quit singing altogether. Last week he told us he wouldn’t sing for the fathers today, but after church last week, he happily said he had changed his mind. He told us what you said.” She paused a moment, smiled, and said, “Thank you.”

After she left, I pondered about what she said and considered what might have happened to Millie if the teacher had had her way. I thought that God surely loves to hear the smallest child happily sing no matter how monotone or off-key the child is.

Millie’s mother eventually signed Millie up with a singing group, and over time, Millie blended better and sang on key. And though I loved to hear her sing with her new expertise, I admit that I missed her enthusiastic little four-year-old monotone voice.

And I’m sure her father did, too.

Until third grade, I sang monotone or minor thirds. As an adult, I have performed for the prophet and twice toured internationally.

I so love this story. When I joined the church as a 13 yr old I was soon called to conduct music in my small branch. The Counsellor in the Branch Presidency always sang so loud he drowned out the rst of the congregation. And he only had one note and that not found on any piano. Every week he would tell me how much he loved one of the hymns. I hated it. Over the years I grew up and came to understand that Heavenly Father is more concerned that our hearts are in tune. For this man it was all about the words. He took them in as he sang. They were like scripture to him. And that is what we all should be doing when we sing - especially in church.