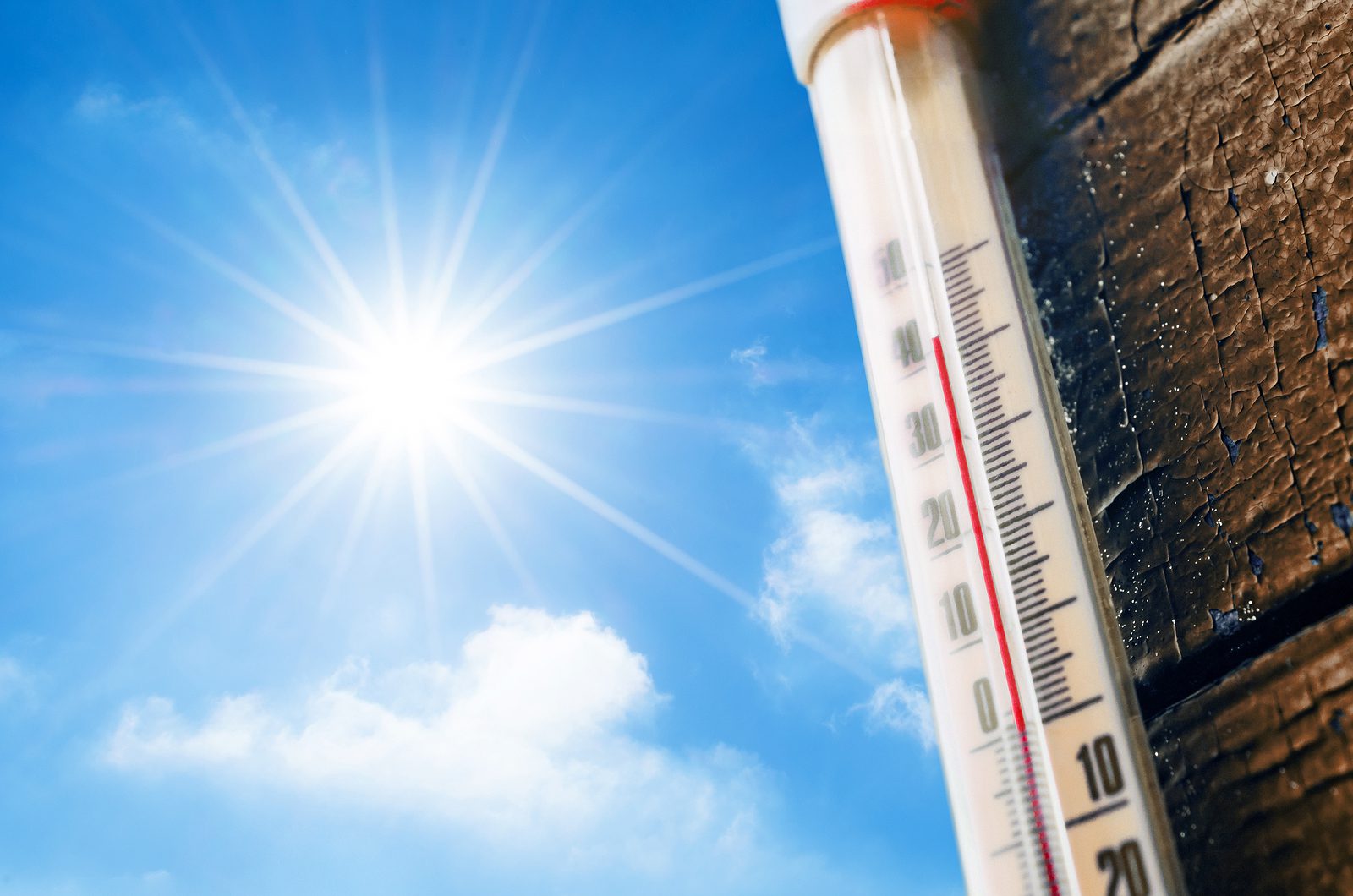 Donna, my wife, grew up in California, while I grew up in Idaho. The differences in our lives can starkly be seen in how we view the temperature. In the winter, as the temperature in Idaho gets down to zero or below, trying to get Donna to venture outside is next to impossible. In fact, anything below thirty-two degrees, freezing, pretty much puts the kibosh on her outdoor activity.

On the other hand, when it’s cold in the winter, I just bundle up a little more and go out, enjoying the crispness of the air around me. Donna says “crispness” does not even come close to the feelings she has for the cold, but she is too much of a lady to say what she thinks about it.

Turning things around, when summer comes, Donna can go outside and seems to feel quite comfortable in just about everything Idaho throws at us as far as heat. As for me, when the temperature gets above eighty degrees, I sweat so badly I feel like I am a walking sauna.

We have our disagreements about which is worse, too hot or too cold.

“Once it gets cold it’s just painful,” she says.

“But in the winter, a person can always add more clothes to keep warm,” I told her.

“I have never been able to add enough clothes to stay warm and still be able to move my arms and legs,” she replied.

“Well, it’s worse in the summer,” I replied. “A person can only take off a certain amount without the neighbors complaining.”

The discussion about global warming in the news has just made the debate more profound. I claim the weather is getting continually warmer, but she is not as sure, especially in the winter. A friend said that the proper term is not global warming, but climate change. He said in Idaho that is just another word for “seasons.”

With the recent heat wave that has hit the country, the debate over the temperature has only increased in our family. I go out and work for as long as I can, but eventually I have to come in and cool off. This happens about a half dozen times per day. I also buy lots of watermelon and usually eat at least one each day. The problem with this liquid consumption is it tends to catch up to me in the middle of the night, and I get little sleep.

But when I complained to my wife about the heat, which was between eighty and the mid nineties, she was somewhat skeptical. “I think I would refer to that as really warm, not hot,” she said.

But there have been two things recently that have backed my point of view. The first is our cockatiel. When we let him out of his cage, he will position himself in front of the window fan when it is on, and he will stay there pretty much all day. The second thing was something we saw as we were driving.

As we went past one house, in front of it was a fountain sprinkler watering the parched lawn. There are many sprinklers going this time of year, so that in and of itself was not uncommon. But what caught my attention was not the sprinkler, but what else was there. Often a person will see children running and splashing through a sprinkler, but in this one, there was a raven. He stood on the lawn about two feet from the sprinkler, with the droplets of water pouring down over him. He had his eyes half closed as if he was basking in the coolness of the water rolling off of his feathers.

I pointed the bird out to Donna. “See, even that raven thinks it’s too hot.”

She looked at it, and then grudgingly agreed. “Maybe it is just a bit warm.”

Hahaha! I can relate! My late husband grew up in Orange County, CA. When he moved “North” to San Jose, CA for college, he said he was SO cold; he could NEVER get warm! (In San Jose, CA there is sometimes frost on the ground and roof tops on winter mornings.) I moved from a suburb of Minneapolis, MN to San Jose, CA. I didn’t wear a coat—EVER—the first winter I lived there. In 1990 we moved to Modesto, CA. My husband LOVED the heat—not me! I’m heat-sensitive, sun-sensitive, and allergic to sun screen; during the “hot season” (May - October) I live the life of a vampire—I come out when it’s dark—ha! Oh yes, and...I NEVER complain during the two months it’s cold here!

"Climate change" is an euphemism used by the catastrophists because "global warming" was not as good for heir aims. Actually Climate change is truism since the clime has been changing since the earth is earth. The important point in here is what is causing the change. The constant factor always has been the SUN, and the changes have happened before the Industrial Revolution or for that matter the USA. I can give you hundreds of real scientific references to show you that the CO2 is not doing the trick, but I will give you just one fact that everybody knows about: the atmospheric composition is Nitrogen 78%, Oxygen 21%,Argon 0.8%. Here you already have 99.8%. In the 1950-60s, the amount of CO2 in the atmosphere was 0.032% and recently has been 0.038%, this is just 60 ppm(parts per million). Please draw a graph and in the X axis put from 0 to 1.000,000 ppm, and in the Y axis time. Now make points of Nitrogen concentration from 1960 to 2019 this will be 780,000 ppm all the time (no change); now put the C02 concentration at 1960 320 ppm and in 2019 380 ppm (if you want increase it to 410 the last data that the catastrophists came with few months ago). Can you see this change in your graph?