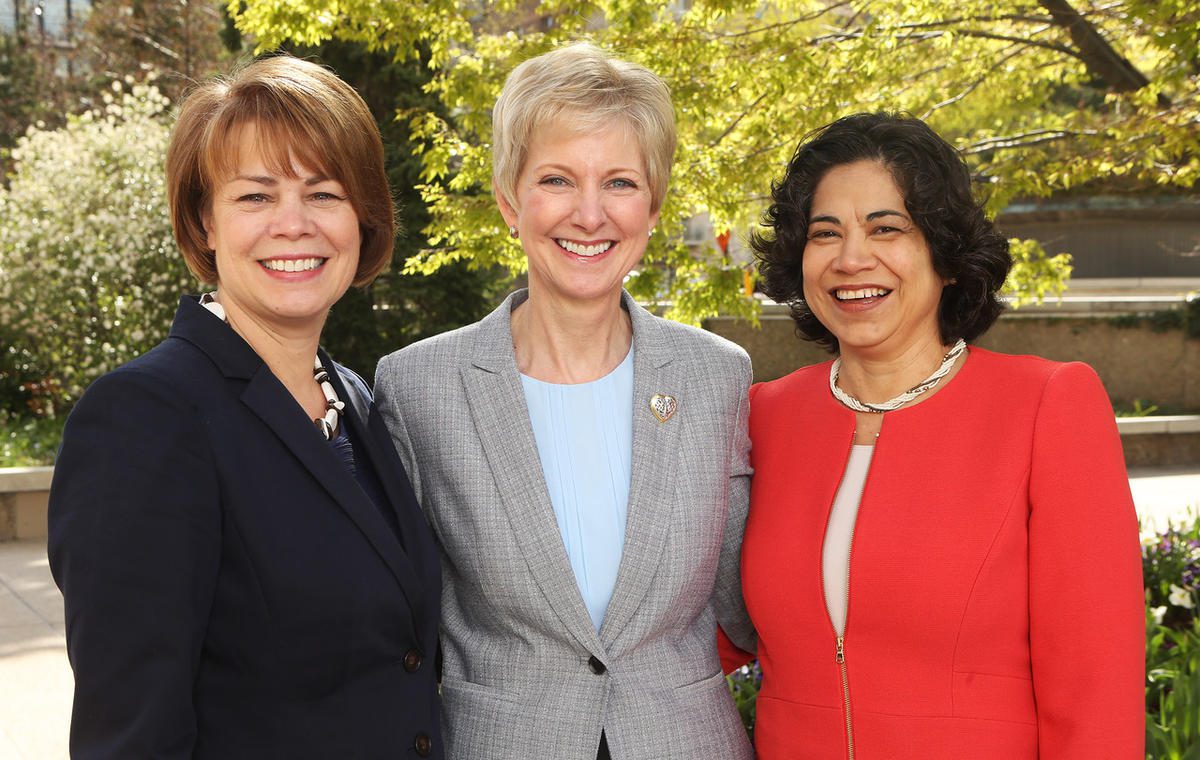 After graduating from Brigham Young University in 1988, Sharon Eubank took a leap of faith, packed her Chevy Cavalier and drove from Utah across the United States.

She arrived in Washington, D.C., without a job, a place to stay or a plan.

Her first Sunday in town, she attended a singles ward in Arlington, Virginia — hoping to find a lead on employment; but no one knew of any job openings. She spent several weeks chasing down interviews until she walked into the U.S. Senate Placement Agency and landed a job with Senator Alan Simpson, R-Wyoming.

“Working in Washington, D.C., was a tremendous education for me,” Sister Eubank said. “I learned so much about the nature of compromise in government. I learned that surprisingly most things get done through relationships.”

Looking back, Sister Eubank — sustained April 1 as the first counselor in the Relief Society general presidency — said that Washington job was the first of many experiences that prepared her for the work she is now doing.

Born in 1963 in Redding, California, Sharon is the oldest of Mark and Jean Tollack Eubank’s seven children. Raised in Bountiful, Utah, Sister Eubank grew up on a 10-acre plot of land — where the Eubank kids picked apricots, repaired sprinklers and had close access to Utah’s mountains and numerous camping opportunities.

Her father, a television broadcasting meteorologist, loved to watch the storms roll in from the Great Salt Lake. He shared his love of nature with his children. “He used to wake us up sometimes to come watch a big lightning show. My dad always talked weather with us,” Sister Eubank said.

Sister Eubank received her bachelor’s degree in English and history from BYU and served as a full-time missionary in the Finland Helsinki Mission.

She arrived in Finland on Dec. 19 — the darkest and coldest time of year. Yet it wasn’t hard to make friends.