“Shall We Make a Move?”: Heeding the Call to Action | Meridian Magazine 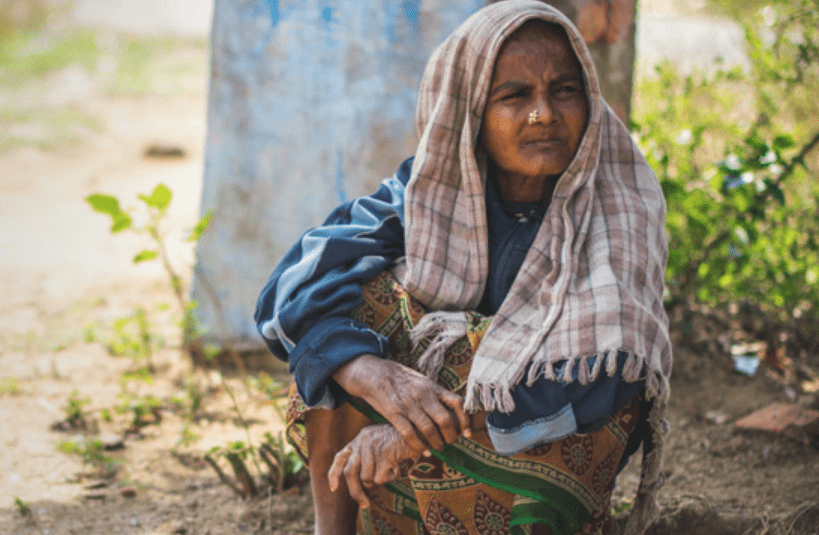 “Shall We Make a Move?”: Heeding the Call to Action

To learn more about the efforts of Rising Star Outreach, click here.

We’ve all been in frustrating situations where herding and moving a large group of people is difficult, even seemingly impossible! But Padma, our Chairman of Rising Star Outreach in India, has an excellent way of galvanizing a group of people to get going. She simply says, “Shall we make a move?” It’s a call to ACTION. Everybody comes together and gets in the bus!

As God observes the world and all its problems, I wonder if He doesn’t sometimes secretly want to say behind the scenes, “Shall we make a move?” In other words—do something!

Once during a visit to a remote and desolated colony, the Mulgavadi Colony, I was distressed to find one of the women that we knew and loved, doubled over and with eyes full of pain. As she weakly stretched out her hand to me, upon touching her, I instantly realized she was burning up with fever. She had been nursing a pain in her stomach for several months. The pain had worsened and at this point her belly was swollen grotesquely. She was pleading to me for help.

This was very early in our service before we had any doctors or nurses working with us. On our previous visit we had encouraged her to get to the leprosy hospital to get some medical help.

I wrapped my arms around her to comfort her, and asked her if she had gone to the hospital. She said she had gone. She carefully pulled some pills out of her pocket to show us what the doctor had given her. I looked at the pills. They were Vitamin B pills. “There surely had to be more”, I thought in dismay. “Did the doctor give you any more pills”, I asked? She replied in the negative.

I felt the anger rising in me. Seriously? This woman was obviously battling some serious stomach ailment and all the doctor gave her was Vitamin B pills? Talk about a brush off!

In this colony there was also an adorable elderly blind gentleman. He was a tender and gentle soul, and truly one of my favorite patients. This time when we greeted him, instead of his warm greeting, he silently began to cry. I sat down on the cot next to him and asked him to tell me what was wrong. He pointed to his feet. All his toes were gone, and only a portion of one foot remained. Even through the socks I could see yellow pus oozing out of an infected ulcerous wound. We gave him some pain pills. Since I wasn’t a doctor and didn’t have any doctors working with me, I really didn’t know what else to do.

On the way home from the colony I began to rant about how impotent I felt. I was trying to help these people, but without a doctor, without a car, and without proper funding, what could I do? I was frustrated and felt that when it really mattered, I was helpless to make a difference.

During this visit, a young college-aged volunteer, Jason, was with me. A friend had driven us to the colony and was now returning us home. Jason was silent on the way home. When we were dropped off, Jason turned to me and said, “Tomorrow I’m going back to the colony. I’m going to take those two people to the leprosy hospital myself and make sure someone listens to them and that they receive a proper diagnosis.” I was stunned. This was his first trip to India. Where did he get such chutzpah??

The next day we all pooled our meager funds together and hoped it was enough to hire a cab to take Justin the two-hour drive to the colony, then the 18-mile drive to and from the hospital, and then another two-hour drive back home. He wasn’t even sure he could find the colony. But he was determined to try.

He arrived home late that night, exhausted and dejected. He was even more upset than I had been the day before. He told us that he did finally find the colony after wandering around and asking a bunch of different people for directions. He carefully got the two suffering patients in the cab and to the hospital. They were left to wait for five hours before they were seen.

During the wait, the woman had pulled her feet up under her and was rocking back in forth in pain and whimpering. Two of the nurses began to mimic her and laugh. She felt humiliated, but she couldn’t stop her groanings. When the doctor came in he angrily chastised her for coming back so soon. He prescribed some more pills for her and left. He never touched her. He didn’t examine her. He just scribbled a prescription down on a pad of paper and threw it roughly toward her.

The crippled blind patient sitting on a cot fared no better. The doctor indifferently instructed him to remove his socks. Bending over the edge of the cot, he tried to remove the socks, but not having any fingers it was difficult for him. Justin was busy attending to the other woman and just watched this scenario play out from across the room. The blind man was frantically fumbling with his socks while the doctor impatiently yelled at him to hurry. Our blind leprosy patient lost his balance and tumbled onto the floor. No one reached out a hand to touch him. Once again, the doctor simply wrote a prescription on his pad of paper and threw it toward him. He hadn’t even seen the wounds! Justin ran to help the pitiful patient on the floor and by the time he looked up, the doctor was gone.

Justin was beside himself with grief and anger. After returning the two to the colony, he came home feeling defeated and ineffective. But he had awakened in me a new sense—the power to take action. I now knew I also had to act—it’s just that I wasn’t sure what to do. I prayed for direction . . .

When I returned home to the States the Atlanta Journal-Constitution published a story about our work. The next day I was surprised to get a call from a man and his wife who had read the article. They wanted to meet me for lunch. I asked the Chairman of my Board to accompany me to the lunch across town. No sooner had we sat down, then this wonderful couple, Hugh and Ellen Morton, told me they had been very touched by the article in the paper. They wanted to help. Smiling broadly, Hugh asked, “What would you do if we gave you $100,000?”

I couldn’t believe my ears! I almost fainted. I jumped up! “We’d party like rock stars!”, I shouted. My chairman jabbed me in the side with his elbow as if to say, “Have you lost your mind?” But I was so excited I just kept going. “And then,” I paused to get my breath “how about funding a mobile medical clinic that could go from leprosy colony to leprosy colony and deliver medical care?” I couldn’t stop talking. I just kept going on and on about what a difference we could make if we had our own doctors and nurses. I talked about the two people from the Mulgavadi Colony and the treatment they had received when Justin took them to the hospital.

By now, the Mortons were convinced. They loved the plan. We all coordinated a trip to India to check out possibilities. We were joined by a wonderful Indian doctor I had met in Pennsylvania who wanted to help. And thus, our first medical clinic was born. That was in 2004. We subsequently partnered with hospitals and other doctors in India. We later forged a partnership with Americares, who provides most of our medicines without cost.

Today we have several mobile medical clinics delivering service in four states of India. This year alone our clinics will give 40,000 medical treatments, including many life-saving surgeries and even limb reconstructions. All this because a young volunteer refused to be overwhelmed. Without knowing what he could do, he simply took action. He made a move! Thousands of lives have been blessed. Many hundreds of lives have been saved.

I believe Satan wants us to feel overwhelmed and immobilized at addressing the wrongs and problems we see in the world, in our communities, or in our families. “Who do you think you are? What difference can you make? You’re just a student! Or just a housewife! Or just one person! You have no money/experience/skills. What could you possibly do?”

But I like to think that God, being far wiser, is in our mind saying, “Shall we make a move? Together you and I can change this.” He owns the world and I have learned that He can bring the world to us to accomplish His purposes.

Justin taught me that nothing is too big or too impossible for God to help us change. He just needs us to be willing to make a move!

To learn more about the efforts of Rising Star Outreach, click here.

Becky, you continue to astound me, dear friend, with your Faith, your fortitude, your Love and your great courage!! You are a wonderful example of compassion to us all. We love you.

God does His work and accomplishes His mission using simple people like Justine. Out of small things big things come to pass. Justine had the determination, love and desire to help those suffering people. Even putting the article in the News was God's plan. I thank you so much for your effort and God for loving those Indians out of which many people have been blessed.