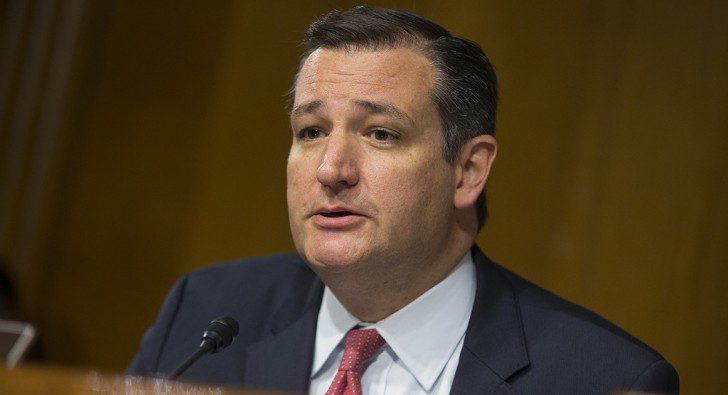 The Senate on Tuesday passed a sweeping defense policy bill that includes among its many Pentagon reforms a provision requiring women to register for the draft.

The Senate approved the National Defense Authorization Act 85-13, but some Republicans voted against it because it contained the requirement to register women with the Selective Service System. The proposal was not considered on the Senate floor, since it was included in the bill that emerged from the Armed Services Committee.

But the issue loomed large over the final vote. Heritage Action, the conservative advocacy arm of The Heritage Foundation, deemed the defense policy bill a “key vote” that would count on its annual lawmaker scorecards because of the draft language.

“It is a radical change that is attempting to be foisted on the American people,” Sen. Ted Cruz (R-Texas) said. “The idea that we should forcibly conscript young girls into combat, to my mind, makes little or no sense. It is at a minimum a radical proposition. I could not vote for a bill that did so, particularly that did so without public debate.”

According to former Marine Corps servicewoman Jude Eden, “Combat is not an equal opportunity for women because they don’t have an equal opportunity to survive.” If women’s increased risk of injury makes them more vulnerable when engaging the enemy, why would Congress ever want to require women to be registered for the Selective Service, and ultimately the draft? Women can and do contribute significantly to the overall mission of the military. But military personnel policy, particularly when it comes to combat, should be determined based on military objectives and preparedness, not President Obama’s social agenda. Regardless of whatever merits the bill may have, it deserves to be defeated because lawmakers should not force young women into military services through the Selective Service.

It would make more sense to stop having men register for the draft. After all, this country went to an all-volunteer military almost half a century ago.

true equality between the sexes will be when woman bleed at an equal rate as men do in battle.A bit harsh, but the feminist thing has pushed it the line to the logical point. Woman get drafted and sent into front line combat. The old canard of woman get to clog up all the noncombat jobs so men have a higher rate for being sent into infantry is now a mute point. You may not like the results of actual equality but you now have it. The baby birth thing is a very thin ploy