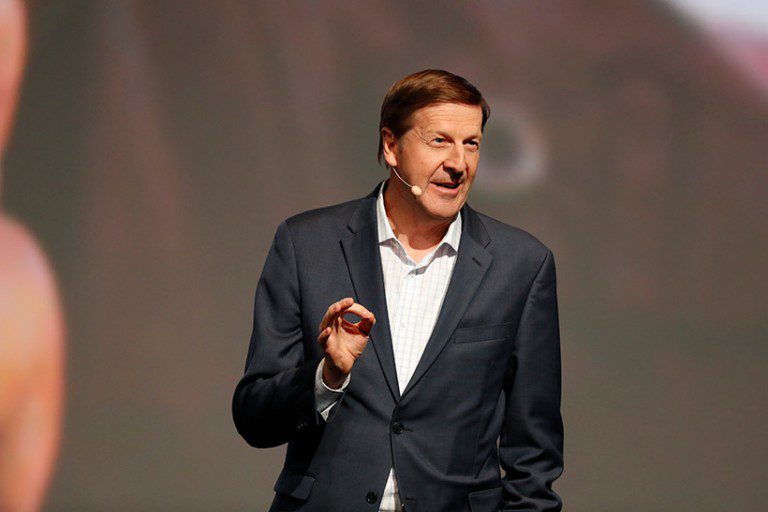 RootsTech—What’s Ahead for Family History?

RootsTech is being held Feb. 28-March 3 at the Salt Palace in Salt Lake City, Utah.

It is not just because among the 14,200 tickets that were pre-sold, people from 50 states and 42 countries are coming, including China, Nigeria and South Korea. It is not because there are 197 exhibitors in the Exhibition Hall, sporting every cutting edge idea imaginable to gather and record family history. It’s not because there are 300 classes on family history ranging from beginner to advanced.

These things are remarkable, but there is something more. It is because it feels like magic to be at RootsTech. In a world that is hopelessly divided and angry, where people view each other with suspicion and draw lines in the sand to cut each other off, RootsTech invites the whole world to connect to each other and be animated with an astonishing, but true idea. We belong to each other. The theme is Connect. Belong.

Not everyone who attends this conference is LDS, but nearly everyone has been bitten by something that keeps them up late at night with a zest that makes them forget the hour. They have been sleuths finding the clue, opening the story, unraveling the past, becoming surprised by their DNA, and have found there is something completely compelling about the search.

This Saturday, Mar. 3, is called Family Discovery Day and is particularly devoted to Latter-day Saints with special speakers President Dallin H. Oaks of the First Presidency and his wife Sister Kristen M. Oaks at 1 pm. Other speakers on that day include Hank Smith and Jason Hewlett. That day, which is free, is geared for families to also bring their children along. There will be exhibits and hands-on activities for kids that day so that they can also become intrigued by family history.

The Power of Connection

The opening General Session was keynoted by Stephen Rockwood, president and CEO of FamilySearch who asked what difference it might be for us if we discovered how many people around us were actually family.

“What if before every political race and sporting event, the opponents found out how they were related before the opening debate, kick-off, tip-off or face-off? You might have noticed how family history and common heritage influenced the tone of the Winter Olympics this year.  It was incredible! And why? Because when we connect and belong to each other, we treat each other differently.”

When we discover a connection to someone through our family or heritage, we feel something, he said.

He said he travels often for his work, and he has learned that he should carry a box of tissues with him for as soon as he starts chatting with the person next to him and begins to mention family history or finds a relative for them, inevitably tears flow.

Somehow there is just nothing as powerful for people as connecting with family or discovering someone lost in history that they want to know.

“While the sciences and technology are great enablers, it’s the powerful human emotions that make this all so engaging.”

To that end, RootsTech has a new app this year for the phone that allows participants to find all their fellow cousins that have come to the conference. I added that app to my phone and learned very quickly that I have 299 cousins at the conference, one of whom was emceeing the program the first night I attended.

Rockwood said he hoped we would find our cousins at this conference and hug them. There may be many mini-family reunions in the next days.

FamilySearch offers an open, public search family tree that is truly global, where people can connect to a billion potential ancestors with billions of records all over the world. Rockwood said, ”We have more success when we share and connect our trees. We love all of the different providers available. We don’t compete with anyone.

He said, “We invite you to connect and belong and bring the best that you have and see if we can add to it. Trees thrive in groves where they are connected as one. So, c’mon, join the grove.”

This interest in connecting seems to be sweeping the whole world.

RootsTech is also a potent reminder that this isn’t your grandmother’s genealogy anymore where records were difficult to trace and record—and deteriorated with time.

Rockwood said that with Google maps now you can tour the streets of the towns that your ancestors once called home. But the future for virtual reality may open the opportunity to reconstitute the town the way it looked when your ancestors were there. One day you may be able to knock on a door and see them based on a recreation from their photos. You may be able to sit down with this ancestor and have them tell you their own story.

One presenter from a company called Living DNA recounted the story of how they were able to find the father of a woman who had been abandoned as an infant. They found his DNA on the stamp of an envelope!

Everyone Deserves to be Remembered

The animated feature film Coco, had a family history theme—particularly around the idea that everyone deserves to be remembered. We look at faces around the globe and see in the rich tapestry of their expression stories of highs and lows, endurance and resilience. Too many of them will pass from this life without anyone remembering.

Currently 1/3 of the records of the peoples of the world are undocumented and unrecorded. Will they be remembered? If FamilySearch has its way, they will. Rockwood said, “With all of the innovations of the last years, we are truly in a position to create a true family tree of mankind. “ This, however, will call for an “intensive common effort” and for all in the public and private sectors “to partner like never before, each leveraging their own domain. FamilySearch is willing to do just that.

For more information go to RootsTech.org.

It's clear that the Salt Palace is too small to now meet the needs of a conference the size of Roots Tech, but apparently there isn't a bigger place. Too bad. Many could not attend the classes of their choice because of the number of attendees.