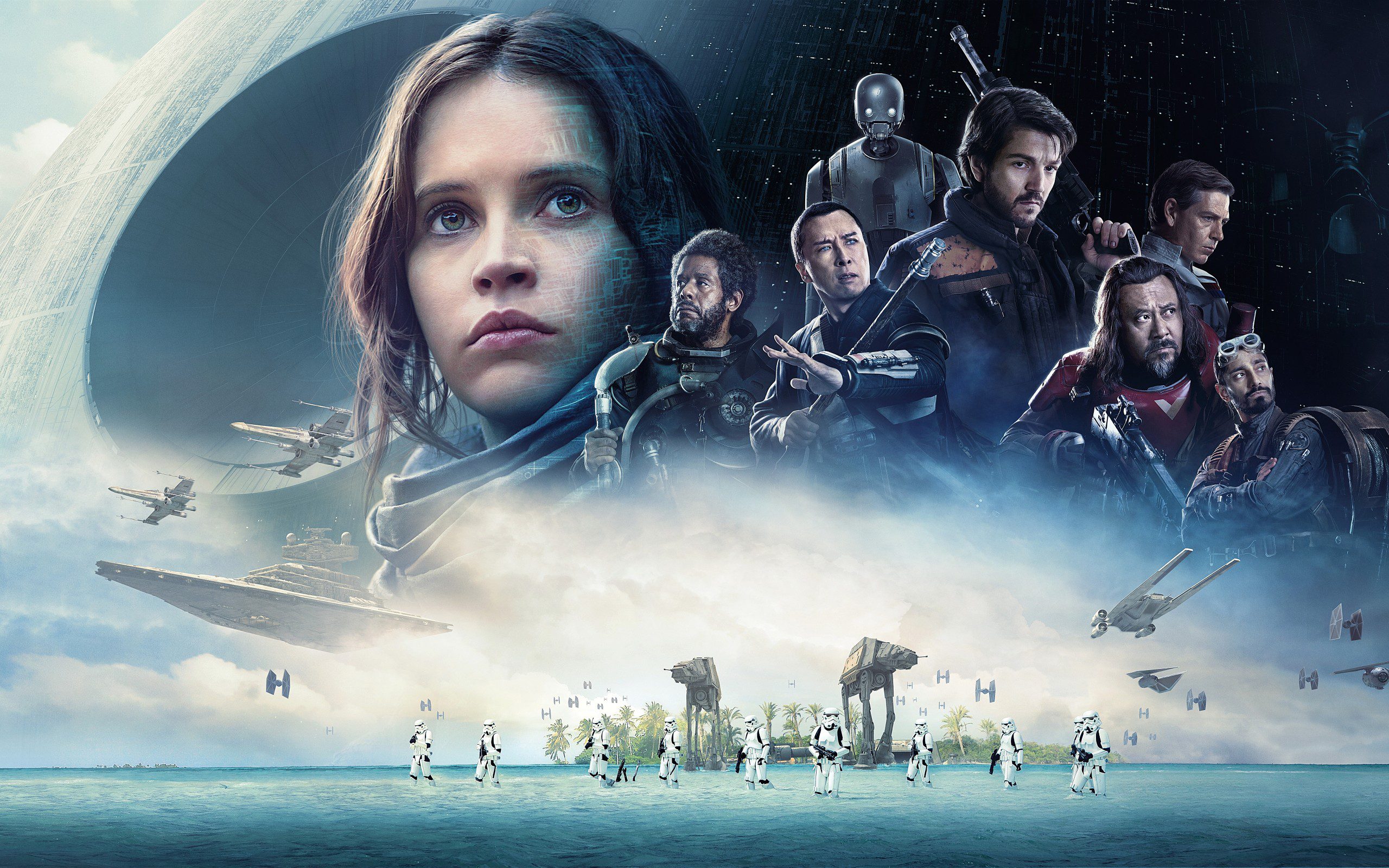 WHAT’S ROGUE ONE ABOUT?

At this point one can look at the Star Wars franchise as a series of individual films or as one giant story; I prefer the latter, as the connective tissue between prequels, excellent animated series, original trilogy, and new trilogy is part of what makes the saga so satisfying. Rogue One ties in to most of these in incredibly rewarding ways, but also serves up a unique story and characters, dazzling action and effects, and a moving arc about fighting to give others hope.

Gareth Edwards proves a wise choice for director, composer Michael Giacchino is a fine stand-in (but could never replace) John Williams, and the cast is terrific. Disney’s emphasis on strong writing and acting is much appreciated, though I would have enjoyed a longer film if it had meant getting to know these characters better. Still the performers do strong work, with Felicity Jones providing an inspiring lead, Diego Luna nicely-layered, Alan Tudyk delivering wry comic relief as a reprogrammed Imperial robot, and martial arts superstar Donnie Yen giving us impressive moves and the film’s best line. Forest Whitaker (as Clone Wars character Saw Gerrera), Mads Mikkelsen, and Ben Mendelsohn all shine.

Rogue One strengthens the story of A New Hope, patching up a few holes, and improves the prequels by association (much like the fantastic Clone Wars animated series does). You may know how the basic story ends, but the fates of the individual characters gives the film its heft. Casual moviegoers will have a great time; fans will be ecstatic. Don’t miss it.

Rogue One is rated PG-13. There is no language, drug use, or sexuality. There is plentiful action violence with persons and aliens killed by lazer blast, explosion, and debris. There are many intense moments and some heartbreaking deaths. Several of the protagonists are self-described shady characters who’ve done “awful things” but want to fight for a good cause; we see one kill a man early on to facilitate his own escape. (Spoiler) Darth Vader attacks rebel soldiers, Force-choking them and cutting them down with his lightsaber in a harrowing scene.

No matter what you’ve done in the past you can do the right thing now (see Ezekiel 33:15). Liberty and standing against oppression may require you to risk your life (see Alma 53:17).. There is no greater love than to die for a friend (see John 15:13). Evil can only be overcome through unity.

I couldn't watch it. Too much violence. I long for the good old days when a story line could be perpetuated with a good script and dialogue.