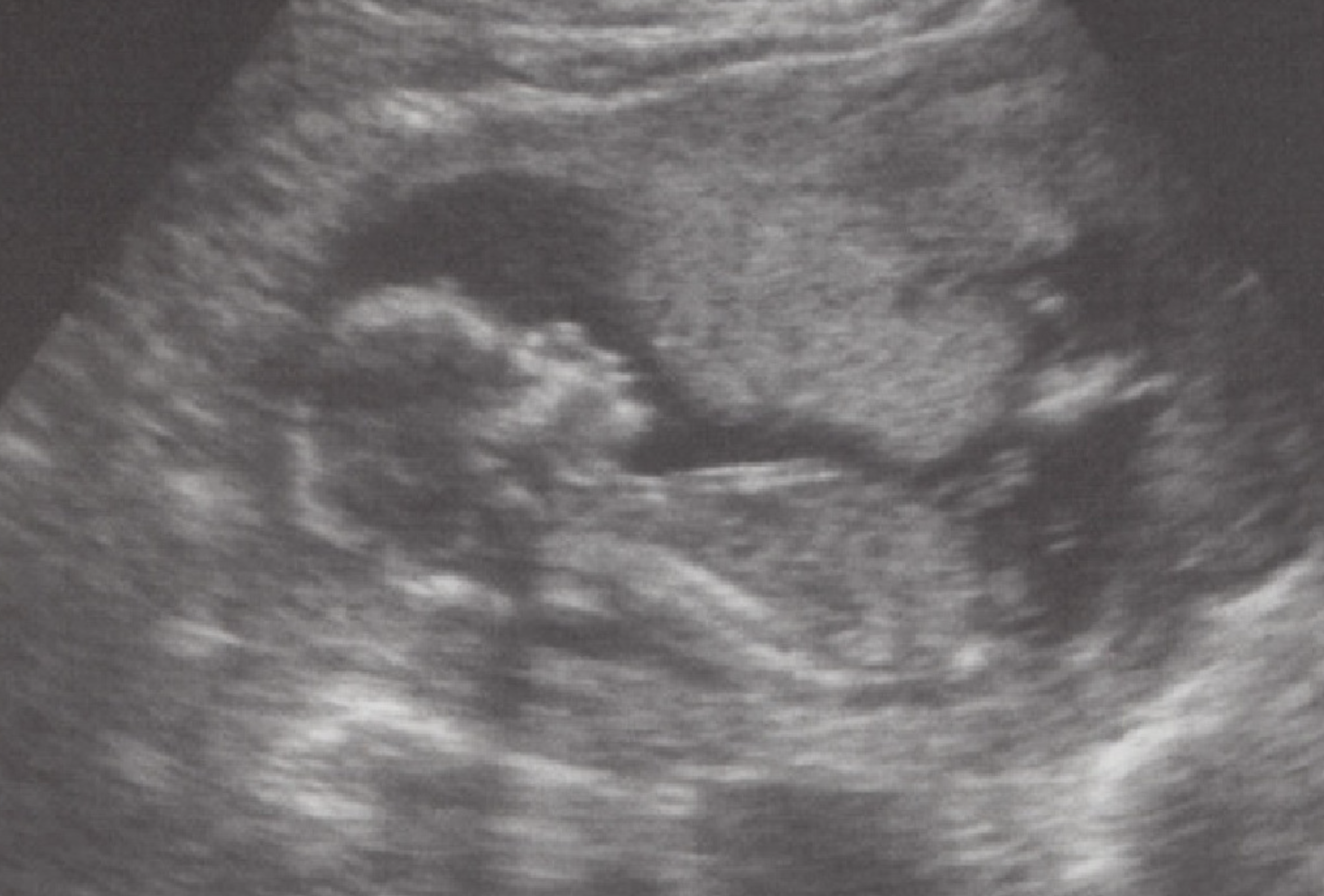 Roe Ending and My Baby Beginning

Yesterday morning I stared, captivated, at a large screen while an ultrasound technician confirmed the miracle growing within me: my eight-week-old baby, our fourth child. The eyes, the arms, and legs, even a hint of fingers were unmistakable and instantly beloved. In that moment I felt at one with archetype mothers Sarah, Hannah, Mary, and Elizabeth: jubilant in the blessing of a new life and bond that will exalt us both forever. God gives few greater gifts than the fervent love of a mother for her baby.

Yesterday evening, I was shocked to see the report of a leaked draft of a Supreme Court opinion overturning Roe v. Wade. Maybe, at long last, other babies with equally precious beating hearts and unmistakable eyes and fingers of their own will be allowed to grow and find homes where they will be beloved.

Till this moment, I hadn’t allowed myself to feel hopeful that the Supreme Court might actually overturn Roe v. Wade. Despite how greatly I wish they would, I’ve long felt conservatives who confidently predicted repeal were, as commentator Abigail Shrier mordantly observed, “high on their own supply.” The Roberts Court has famously favored limited decisions when it comes to causes that are beloved by conservatives, as the Little Sisters of the Poor and Masterpiece Cakeshop can tell you. But the Roberts Court has changed since then when Justices Kavanaugh and Barrett replaced pro-Roe Justices Kennedy and Ginsburg.

When the Supreme Court agrees to hear a case, they first schedule a time for both sides to orally present their arguments. This happened on December 1st for the Dobbs v. Jackson case we’re all buzzing about today. A few days later, the Justices meet for a special conference to discuss the arguments they heard. The Justices all state their views or bring up questions, and then hold a preliminary vote to determine their ruling. The most senior justice voting with the majority assigns himself or another justice to write the majority opinion. This is the draft that was leaked, written by Justice Alito.

But minds can change. The Court traditionally keeps a tight lid on its deliberations, but retired justices and former clerks recount how it’s not unheard of for justices to vote one way in Conference but then be persuaded by another draft opinion to change their vote. Drafts can be changed to reflect new consensus as discussions progress and views shift. A justice might significantly change his reasoning in order to gain more support. The majority and minority can even flip.

Sometimes even more subtle tactics are used: suppose the Chief Justice wanted to vote with the minority but knew that if he voted with the majority he would have the right to assign which justice would write the majority opinion. He, therefore, votes with the majority just so that he can assign himself to write the opinion, and write it more narrowly than the majority would have written it without him. In this way, a chief justice might profoundly influence the Court’s ruling; he wasn’t able to get the exact ruling he wanted, but at least he watered down the ruling to be closer to his position than it would have otherwise been. Any of that is still theoretically possible in this case.

It’s unprecedented in recent history for a draft opinion to leak like this. The leak is a blatant violation of the Court’s strong institutional norms and almost certainly a tactical move by a pro-Roe actor. Perhaps the leaker hopes that Chief Justice Roberts, who is reportedly in favor of upholding the Mississippi abortion restriction law but against overturning Roe, will decide to join the majority and water down its ruling. Roberts is generally considered to be very concerned for the Court’s reputation and institutional standing. If he can be convinced, by the pro-abortion public’s uproar following the leak, that overturning Roe with Alito’s opinion would be too damaging to the Court in the public eye, he might join the majority and somehow constrain its ruling.

Perhaps the leaker had even higher hopes. It sounds like a long shot to think that a Supreme Court justice, the sort of person known for being strong-minded against opposition, might change his or her vote based on a leaked draft and the ensuing public furor, but someone might have felt it was worth a try. In today’s world of threatening Twitter trolls, mailed anthrax spores, and doxxing home addresses, it’s just barely thinkable that a vote or two might flip.

If that happens, it would exponentially multiply the devastation abortion law has already wrought on American politics. Roe taught Americans that you don’t have to bother making good arguments and persuading your fellow voters if you can just get the Supreme Court to conjure a Constitutional right instead. If unprecedented leaks, public furor, and threats of violence prove effective in shaping Court rulings, we’ll get more of those tactics and more despair at the brokenness of our politics.

By breaching the Court’s aura of secrecy and serious deliberation, and planting in the public mind the idea that justices’ votes can be flipped by leaks and public pressure, the leak could end up making the Court seem like just another political arena and therefore ripe for manipulation via packing or other means. The conservative complaint that Roe transformed the Court from an impartial judiciary into an activist political player might morph into a cynical consensus that we might as well make them play politics out in the open, with each new Congressional majority manipulating their size and composition.

Even some pro-abortion legal scholars admit Roe v. Wade is a bad decision. Its logic is shaky, its implementation has been confusing, its progeny are worse, and it has devastated the American political process for decades. When Planned Parenthood v. Casey, a 1992 case upholding Roe, poetically gushed that “at the heart of liberty is the right to define one’s own concept of existence, of meaning, of the universe, and of the mystery of human life,” Justice Scalia quite rightly fired back that of course abortion is a liberty that many find existentially meaningful—but that’s a different question from whether it’s a liberty protected by the Constitution. The rule of law requires contentious debates to be tethered to moorings much more secure than a small group of judges’ flowery musings about “one’s own concept of existence.”

My baby doesn’t yet have a concept of his own existence, but I feel a visceral impulse to assert his rights on his behalf, and the rights of the millions of other babies like him that are murdered each year. I know—better than many—that pregnancy is hard and risky. But each baby is a living human soul. I’m sincerely distressed by the dreadful circumstances many pregnant women face. But their babies are each distinct human beings, infinitely precious to God and to any sense of justice that values intrinsic human worth and defense of the helpless.

Life rarely gives us neat, uncomplicated choices, so the best we can hope for is a messy debate and a gradual national compromise. A post-Roe America would still suffer millions of abortions in the many states whose voters favor it. But it would allow us to reason together and feel heard on an issue of literally infinite importance. The Court’s duty here is clear: for the sake of its own health, and for the hope of a society that democratically decides to value all life, it must stand against pressure and overturn Roe.