Review: Once I Was a Beehive is Well-Made, Funny, Moving | Meridian Magazine 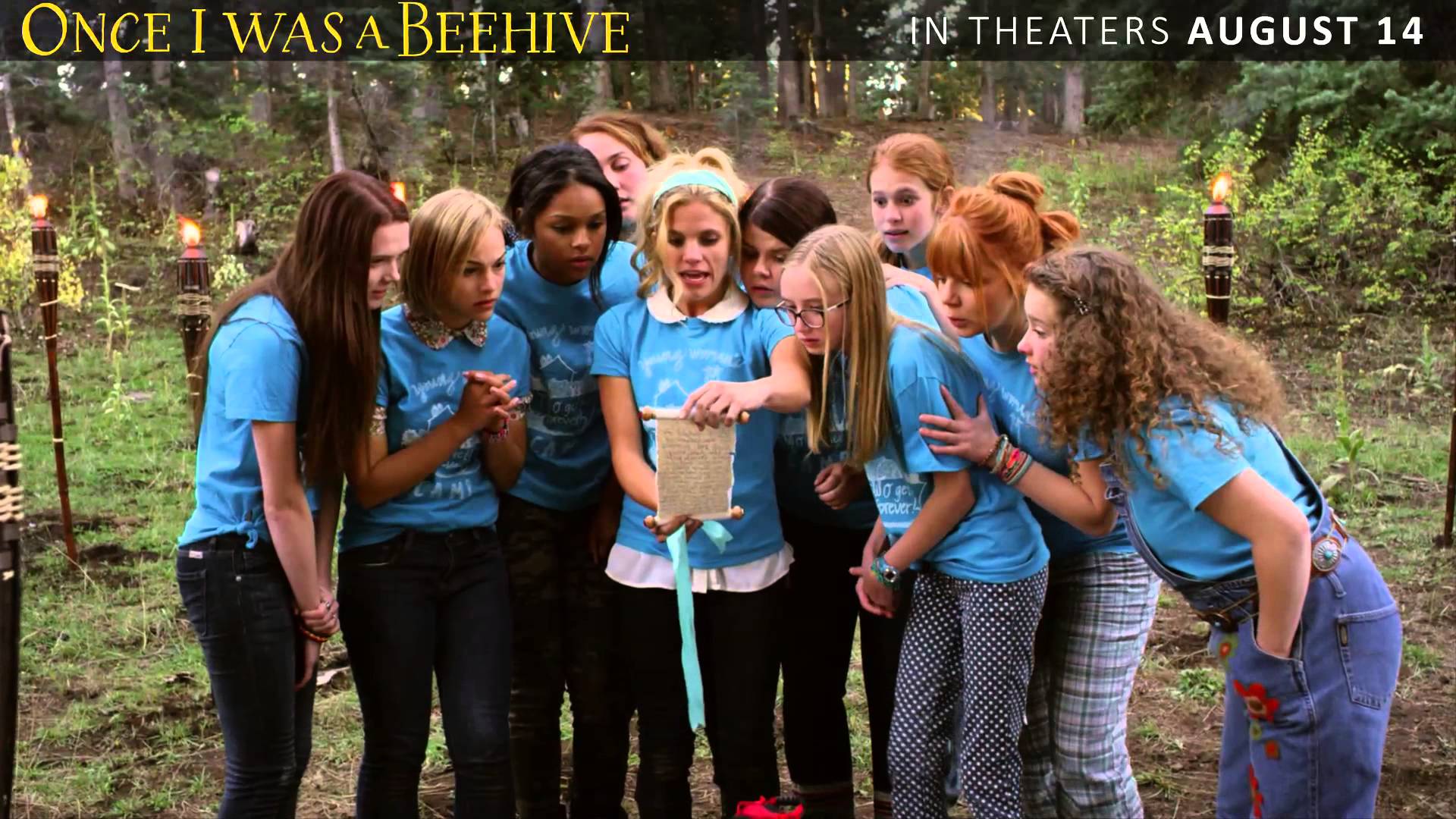 Review: Once I Was a Beehive is Well-Made, Funny, Moving

WHAT’S IT ABOUT? Still mourning her father’s death, a teenager from a Protestant family gets roped into attending a Mormon summer camp.

IS IT ANY GOOD? (GRADE: B+) Faith-based comedies often fall terribly flat. Wholesome doesn’t always equal funny, and good intentions don’t necessarily lead to polished screenplays (or performances). I therefore had low expectations going into Once I Was a Beehive, only to be very pleasantly surprised. Instead of a lame culture comedy or preachy conversion tale, this is a graceful, well-made examination of loss, healing, and interfaith friendships.

This is a “Mormon film” whose central character is not a Mormon, and the film has no agenda of making her one. The story relies more on universal themes than inside jokes, making it accessible the way Fiddler on the Roof is to non-Jews and The Blind Side is to non-Christians. It’s well-acted and moving, with a fair amount of laugh-out-loud humor. The faith aspects are light and uplifting, not heavy-handed. The cast has good chemistry; imagine the camaraderie of Pitch Perfect without the innuendo.

Once I Was a Beehive is not an earth-shattering film, nor is it flawless (it’s overlong, for one thing) but it is far better than I had anticipated. The film is a worthwhile option for families, particularly, but it’s enjoyable for anyone who likes a good story, believer or not.

CONTENT OVERVIEW: Once I Was a Beehive is rated PG. There’s mild crude humor, moments of peril involving a grizzly bear (surprisingly tense), and thematic elements involving the loss of a parent to cancer.

MESSAGES TO DISCUSS: Friendships can help us heal from the pain of loss. Serving others can soften their hearts, leading to forgiveness. Faith can be a powerful motivator in fixing problems and relationships. Through the Atonement of Jesus Christ, we can have a joyful reunion with our loved ones after death.

Like my work? Watch me on The KJZZ Movie Show, Sundays at noon and 10:00 pm on KJZZ-TV (UT), or watch full episodes here. My film guide, 250 Great Movies for Latter-day Families, is now available in paperback and Kindle, so pick one up! Come meet me at this year’s Salt-Lake Comic Con in September, where I’ll be a panelist. Unlike actual celebrities, my photo ops are free!