Remembering Where the Keys Are | Meridian Magazine 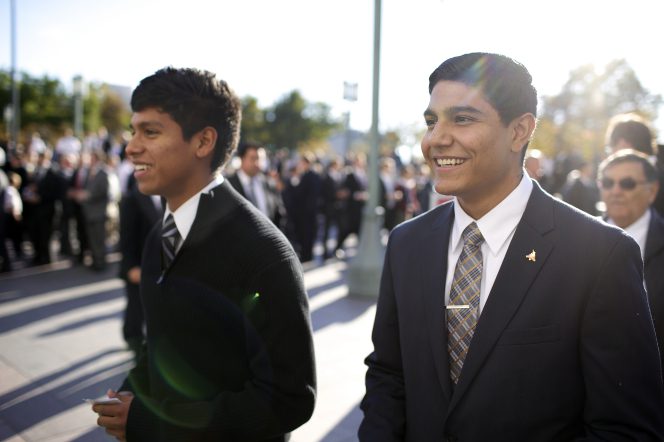 Remembering Where the Keys Are

I love piano music. Don’t we all? And when a gifted musician plays a beautiful piece, I’m always impressed by how much they seem at one with the instrument. Sometimes they don’t even look at the keys; they just know where they are. This astounds me, as one of those piano students who struggled to match up the notes on the sheet music to the notes under my fingers. (I remember the sweet, elderly sister in Logan, Utah, who tried to teach me piano and finally leaned over and said, “Honey, wouldn’t you like to try tap?” It was as if she were thinking, “If you have to do something just to fill your time, couldn’t you pick something else?” Ha—it still amuses me.)

But I did learn another keyboard, and it’s one most of us know by heart: the computer keyboard. We’ve all typed for so long that we no longer need to glance down; we just type what we want to say. It’s familiar and we know where every letter is. Those keys are all in the right places. Interestingly, one of our sons went to France on his mission, and encountered a French keyboard with vastly different placing of the letters and punctuation. Suddenly we felt we needed a decoder ring to decipher his letters. And he had to re-learn his new keyboard to avoid writing sqz for saw.

But keys in our church are not just about placing someone on the stand to sit in a certain seat. They’re not about making us feel comfortable that someone wearing a tie is up front and in charge. For years, as I grew up in the church, I thought the person presiding was simply someone with authority to direct the meeting, and maybe catch something wrong and correct it. But it means so much more than just being the go-to guy if there’s a problem, or being the person seated up front to be “in charge of things.”

Presiding actually unlocks the power of God to all those serving in that meeting. This means that if you have a meeting without a priesthood holder to preside, you have not unlocked the power of God for that meeting. In her book, Women and the Priesthood, author Sheri Dew shared her experience of being invited to speak at a multi-stake conference where many stake presidents were in attendance. However, because of a miscommunication, no one was presiding. She said as soon as she began to speak, she knew she was on her own, and described it as the “utter futility of attempting to serve without the power of a presiding authority” (page 122).

For priesthood holders who preside, this is a tremendous responsibility. It places them in the position of being conduits of the Spirit, someone who unlocks the power of God for the ordinances which will take place, in the case of a Sacrament meeting, for example. The Sacrament is the most sacred ordinance outside of the temple, and must follow God’s directives to the letter, each prayer word-perfect, each symbolic element handled with reverence and care. We remember it’s Christ’s body that is represented under that cloth, and this is no small thing. Someone with the appropriate keys must preside.

Even for firesides and Relief Society conferences, someone with keys needs to preside. We will feel a difference if that person is absent. It won’t be the same meeting. I look at those who preside now, differently. I don’t just see them as figureheads seated on the stand to officiate. I realize they hold essential keys and I honor them for blessing our meeting with their worthiness to do that. It reminds me whose house this is, whose gospel we are learning, whose meeting this actually is. And I’m infinitely grateful that the keys are all in the right places.