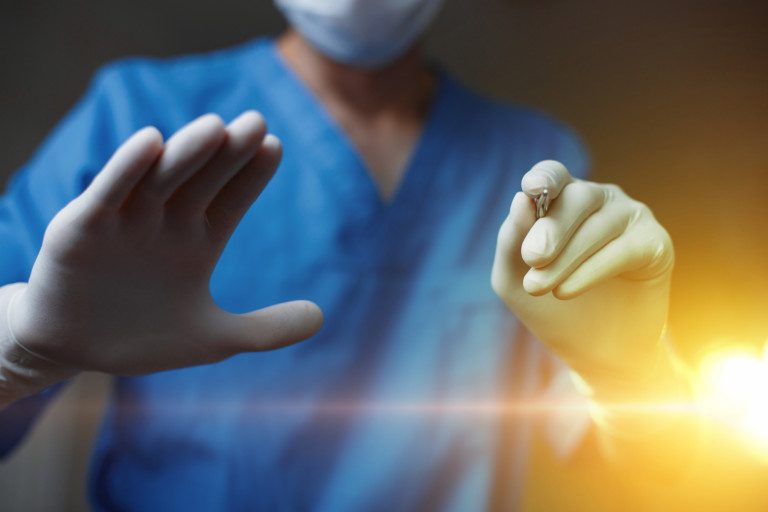 Remembering that We Are Instruments in the Hands of God

I wrote home from the mission field to tell my mother that I was leading the Brazilian mission in baptisms early in 1966. I was proud of myself, supposing that the numbers indicated that there was something special about me and my qualities as a missionary of which my mom ought to be aware.

Her return letter began with this statement: “When I got your letter I began a fast . . .” A fast? I had just sent her a communication filled with what I thought should have been good news, and she fasted? But she continued with these insights: “…I began a fast because I wanted to get as close as I could to your Heavenly Father so that I could tell him how grateful I am for what he has done for you in your life.”

I hope I got the message then. I understood it better when my fourth son wrote from El Salvador to tell me about his successes as a missionary. I tried to share with him, as I will now try to share with you, the lesson I learned so long ago from my mother.

I have a feeling that we all need to be careful how we speak of what we have achieved in the work of the Lord. The distance between accomplishment—even righteous accomplishment—and pride is hard to measure without a magnifying glass.

In the October 2010 General Conference, President Uchtdorf said, “At its core, pride is a sin of comparison, for though it usually begins with ‘Look how wonderful I am and what great things I have done,’ it always seems to end with “Therefore, I am better than you.”

That kind of pride is deadly. Jacob warned his people at the temple, in Jacob 2:16, “Let not this pride of your hearts destroy your souls!” That destruction comes when we fail to recognize the true source of our abilities and our accomplishments.

“Instruments.” The metaphor is nearly perfect as a description of our part in the work of salvation. There are dozens of varieties of surgical instruments, each with a specific purpose: everything from retractors to scalpels to surgical scissors. But they all have at least one thing in common. It is an absolute imperative that surgical instruments be clean. It is unthinkable that a surgeon trying to heal someone who was sick or injured would afflict them with additional problems by the use of instruments that were not pure.

There is another way in which all instruments are similar. None of them ever gets credit for their spectacular service in a medical procedure. Can you imagine the instruments, after a successful surgery, boasting about how well they performed?

However, when I served as an instrument in the Lord’s hands in Brazil, and wrote that letter to my mother, that is what I did.

Aaron addressees this issue in Alma 26:10 when he warns Ammon about boasting, as though he (Ammon) had done some great thing. “Aaron rebuked him, saying: Ammon, I fear that thy joy doth carry thee away unto boasting.”

What Aaron meant to say is that the credit for the effective use of instruments of healing must always go to the one who holds them and directs their work, and in both verses 26:3 and 26:15, Ammon has made this clear.

Ammon responded to Aaron’s concern with this declaration: “I know that I am nothing; as to my strength I am weak; therefore I will not boast of myself, but I will boast of my God, for in his strength I can do all things.”

My brother-in-law retired from a career as an orthopedic surgeon. I called him and asked if he would donate some of his instruments to assist me in teaching this lesson. He was generous enough to provide a small box full—things like scoops and clamps and tissue blades and forceps. I am looking at them now as I write this piece. They are bright and clean and sharp and useful. But none of them has ever tapped me on the shoulder, or written me a letter and said, “I do good work.”

President Uchtdorf summarized this problem in a talk entitled, “Pride and the Priesthood” in the October 2010 conference. He said this: “When I was called as a General Authority, I was blessed to be tutored by many of the senior Brethren in the Church. One day I had the opportunity to drive President James E. Faust to a stake conference. During the hours we spent in the car, President Faust took the time to teach me some important principles about my assignment. He explained also how gracious the members of the Church are, especially to General Authorities. He said, ‘They will treat you very kindly. They will say nice things about you.’ He laughed a little and then said, ‘Dieter, be thankful for this. But don’t you ever inhale it’”

We all understand this, but it is still difficult not to inhale. We cannot be too careful about doing things with an eye single to the glory of God (see D&C 27:2), and our language should probably reflect this awareness. We must give glory to him and reflect expressions of gratitude to him as we serve as instruments in his hands. As he said in Moses 1:39, “This is my work…” Our work, as explained in D&C 11:20, is to keep the commandments—to be instruments in his hands, seeking his will, assisting with his work, and giving him all the glory.

I would extend this sage advice to anything we accomplish. I have become more aware of how much inspiration I receive from the Lord in my occupation, and am learning to rely more on His guidance there as well as in Church callings - even with technical problems that don't seem to have anything to do with the Gospel or with relationships with other people.

A good reminder. I am grateful Abraham Lincoln began using the phrase "an instrument in the hands of God" not long after he returned the Book of Mormon to the Library of Congress after keeping it for 9 months and writing the thoughts of the emancipation proclamation.