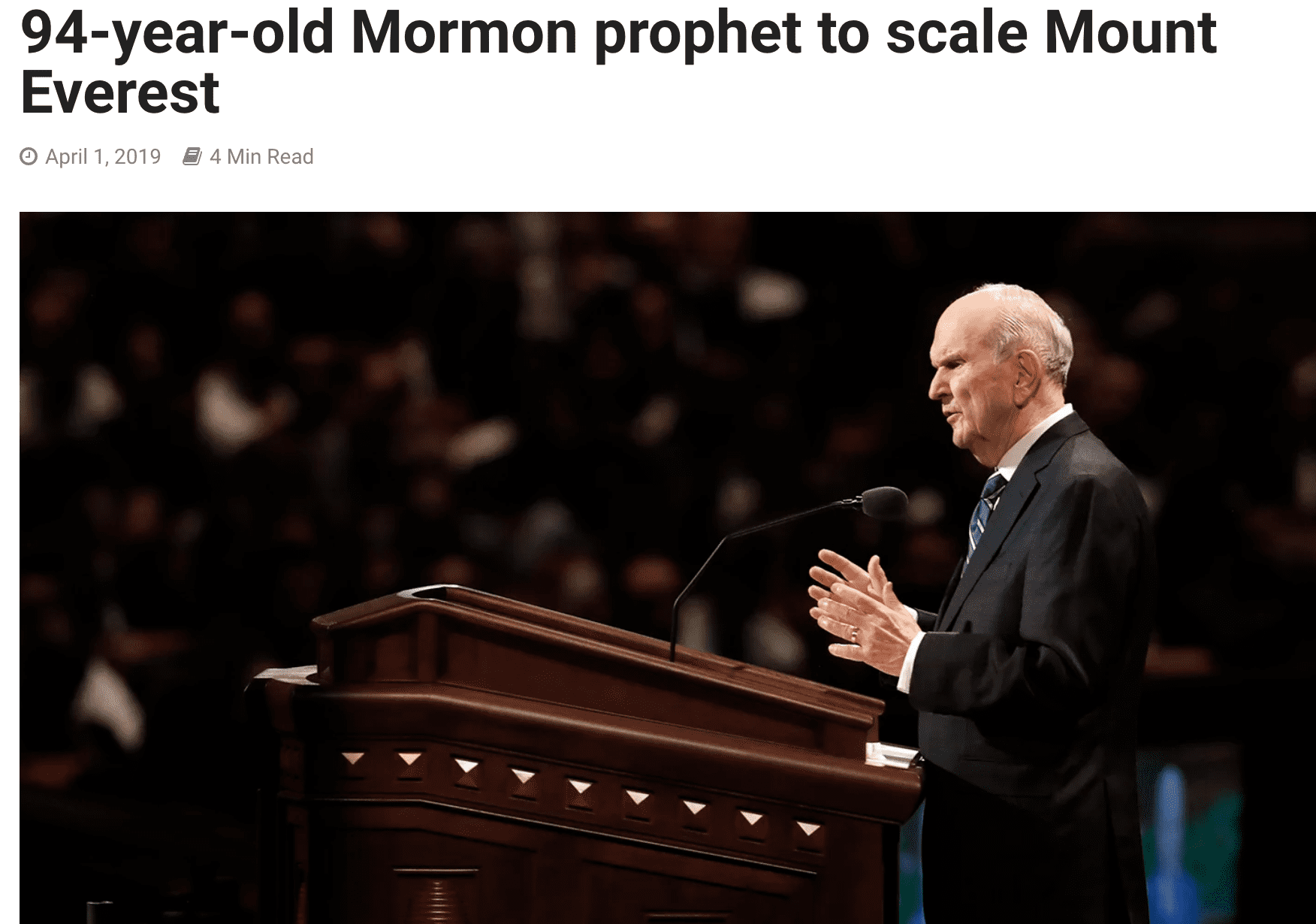 The Internet has taken over April Fool’s Day. What used to be a time for switching the cereal bags inside their boxes so your brother pours one and gets the other or simply switching the salt for sugar, is a day for publicly published pranks that the whole world can participate in.

While they can give us a laugh, most of these joke posts, articles, and announcements are clearly untrue even at a glance. However, the Religion News Service’s unusual announcement about President Nelson was one we could almost believe:

In his time as President of The Church of Jesus Christ of Latter-day Saints, President Nelson has given new meaning to the concept of hastening the work and many of us have found we have to pick up our own speed to keep up with the pace at which he intends to continue the work despite his 94 years of age.

Yep, we’d believe he was capable of scaling Everest if it would build the kingdom.

Below is an excerpt from the funny RNS post:

Russell M. Nelson, the 94-year-old spiritual leader of the Church of Jesus Christ of Latter-day Saints, has turned his sights to scaling the world’s highest mountain above sea level: Mount Everest in the Himalayas.

Widely known for his physical prowess, Nelson, who was born in 1924, still plays tennis regularly and is even reported to ski, whizzing down the slopes in his native Utah.

Now, instead of skiing down a mountain, he will attempt to become the first nonagenarian LDS prophet to climb one. He has been in Nepal for weeks of on-site training for next month’s adventure, growing acclimated to the area’s altitude and gradually ascending to Base Camp.

There are always challenges associated with scaling Everest. The short window of opportunity between the end of winter and the onset of monsoon season means there is a brief period in May when it’s feasible—if exceptionally dangerous—to climb. And of course Nelson’s age is a factor, despite his clearly robust health.

If he succeeds, he will become the oldest person to ascend Everest – and by more than a decade. The current record is held by Japanese climber Yuichiro Miura, who was 80 years old when he completed the feat in 2013.

Nelson continues actively leading the Church from his position in Nepal, holding regular audio conferences with the First Presidency and the Quorum of the Twelve.