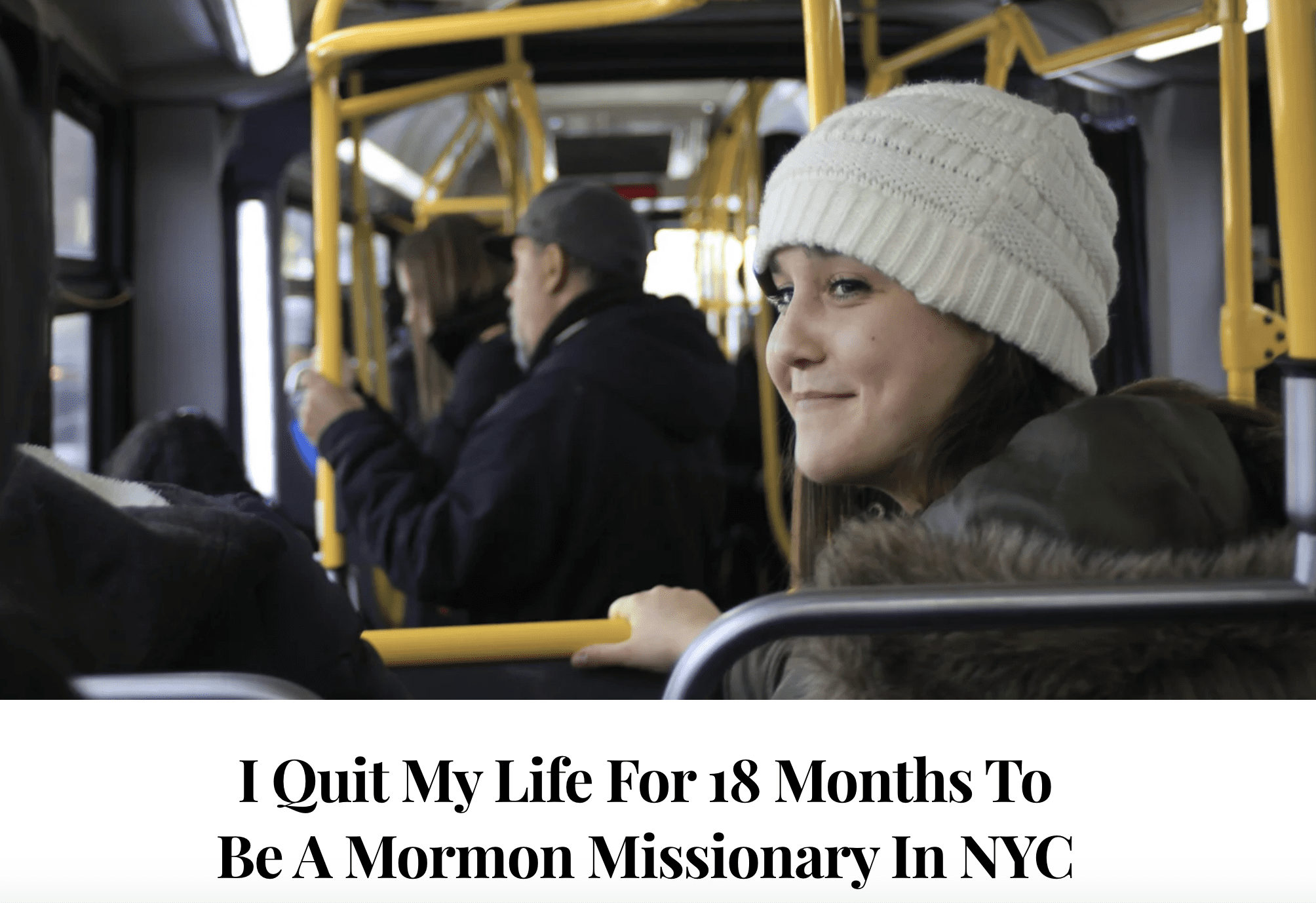 Refinery29 Features a Day in the Life of a Sister Missionary

Recently, Refinery29, a media outlet focused on empowering and sharing stories of women and their unique perspectives, featured an article chronicling a day in the life of a sister missionary. Below is an excerpt. To read the full article, CLICK HERE.

A little over a year ago, Kili Franks, 21, left college. It wasn’t that things weren’t going well — she was studying to be a middle school math teacher and was on a full-ride athletic scholarship at Dixie State University in St. George, Utah. She loved it there and was close with her basketball teammates, with whom she would participate in study parties and go on road trips.

But through prayer she came to the conclusion that God wanted her to take an 18 month break from her studies to serve as a missionary for The Church of Jesus Christ of Latter-day Saints, commonly referred to as the Mormon Church.

Though she was raised in a Mormon family, Franks is the only one of five children to serve a mission and knows less than a handful of women who made the same choice. She had no idea where she would be sent, though she knew that she’d have to make plenty of lifestyle changes, including following a strict dress code, foregoing dating, and limiting communication with family to one email per week and two phone calls per year.

Franks said her family was initially taken aback when she told them about her plans to go on a mission. “It meant giving up basketball for a little bit, and putting my education on hold,” she explains.

When most people think of Mormon missionaries, images of a clean cut young men in ties and white buttons downs likely to come to mind — but things are changing. In 2012, the Mormon Church lowered the age at which women are able to serve as missionaries, from 21 to 19, and from 19 to 18 for men. The change led to an explosion in young women going on missions (from 8,000 to 17,800 over the last six years, according to Church spokesman Daniel Woodruff). Since many Mormon women marry by the age of 21, the previous requirement meant a significant number wouldn’t almost automatically serve.