Rebuilding in Beirut: How local members are recovering, helping others after deadly explosion | Meridian Magazine 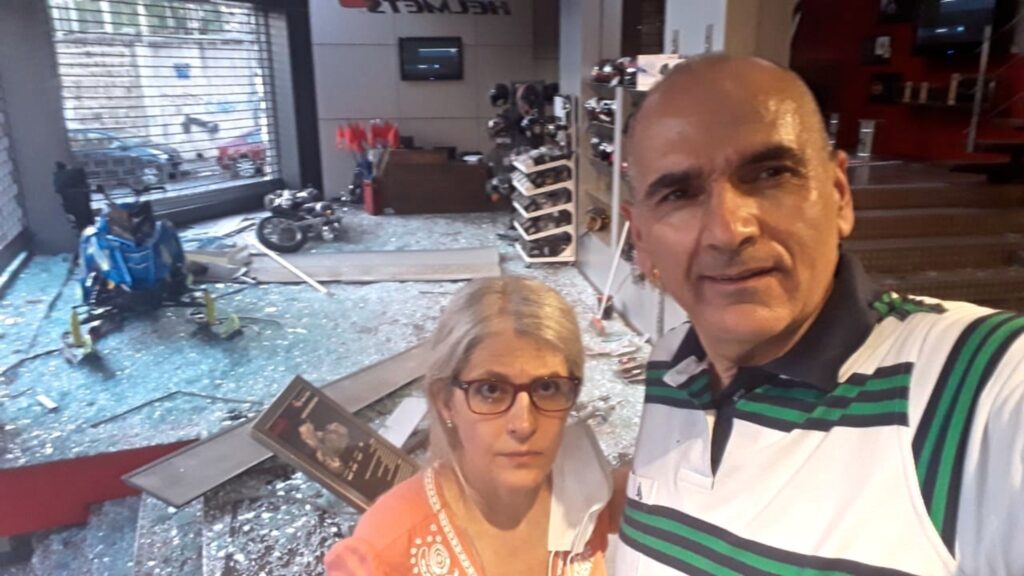 President Maroun Akiki was sitting at his desk near the large front windows of his off-road vehicle store in Beirut, Lebanon, when an explosion occurred on the evening of Aug. 4, 2020.

The deadly ammonium blast rocked the Port of Beirut and devastated the capital, ultimately killing at least 200 people and leaving thousands injured.

Inside Beirut Lebanon District President Akiki’s store, debri dropped all around him. His store was heavily damaged. But he was unharmed.

Earlier that day, his wife, Sister Roula Akiki, suffered with a migraine. She felt prompted to wait about 10 minutes longer than usual to pick up her husband. When the explosion happened, she was on a highway, with her windows rolled down, and the impact of the blast pushed her car across two lanes. She recovered and continued on, unharmed.

It took 21 days of near constant work to put the showroom at President Akiki’s store back into working order. Thankfully, he didn’t miss a paycheck.

“As I have contemplated the events, I have felt a full range of emotions,” Sister Akiki said. “But we are blessed. We have stored food in our home, as our Church has taught us to do, and that helps.”