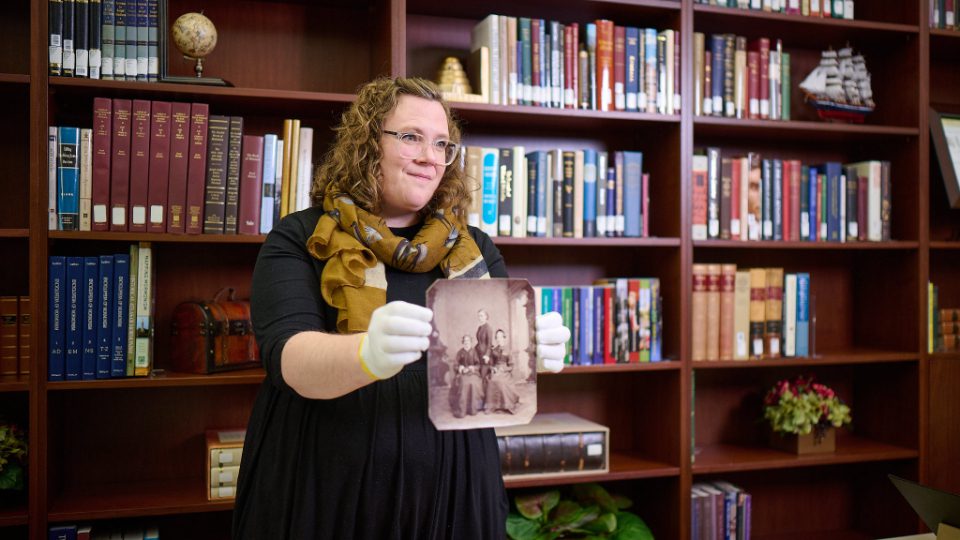 The words of two prominent Latter-day Saint women have been published by the Church Historian’s Press. The Diaries of Emmeline B. Wells and The Discourses of Eliza R. Snow can now be found online.

“It’s two women who are powerful and influential leaders in the early Church whose impact is still felt today by not just women in the Church, but women in Utah and women in the nation,” said Anne Berryhill, an associate historian with the Church History Department of The Church of Jesus Christ of Latter-day Saints in Salt Lake City.

Eliza R. Snow and Emmeline B. Wells served as general presidents of the Relief Society, the Church’s women’s organization. Snow was the second Relief Society general president (1880–1887), and Wells was the fifth (1910–1921). Each left a compelling record of her teachings and service — Snow in the form of discourses, and Wells in the form of diaries.

The Church History Department held a media event on Thursday, October 27, 2022, to celebrate the completion of the projects.

Historians on the Eliza R. Snow project combed through hundreds of sources, such as handwritten minute books and 19th century newspapers, to find and compile Snow’s words. They found over 1,200 discourses, all of which have been published online at the Church Historian’s Press website. The content includes historical context, maps, photographs and other supporting material.

“Eliza R. Snow traveled to the far-flung settlements of Utah,” explained Jennifer Reeder, the lead historian and editor on the Eliza R. Snow discourses project and a 19th century women’s history specialist at the Church History Department. “She cared enough to bring direction and love from Salt Lake City to places like Plain City or Pinto, Scipio or Salina, Willard or Wallsburg.