R-E-S-P-E-C-T: We can spell it, but are we teaching it and giving it? | Meridian Magazine 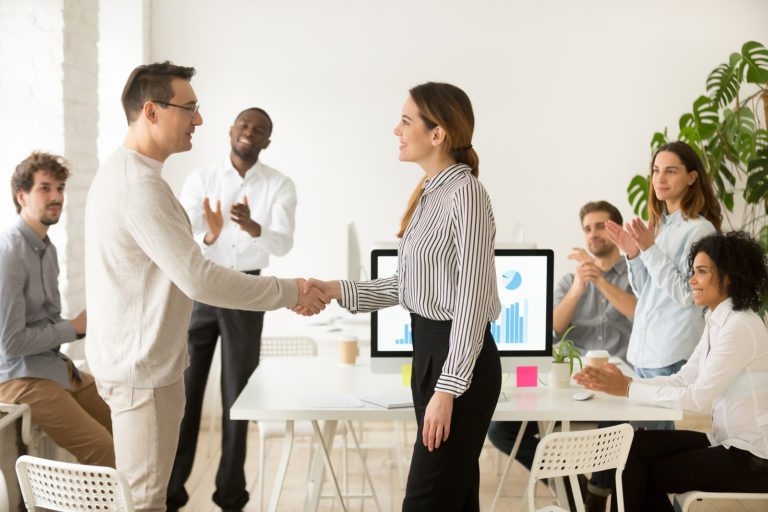 I was in a doctor’s waiting room recently, filling out a long questionnaire. You know how it goes– every hospitalization you’ve ever had, every pill you take, family health history. I was really temped to check “prostate” just to see if they were paying attention. Already I had blogged about signing all my forms “Zorro,” just because humor is my way of taking power back from cancer.

But on one page I saw some new questions.  These were about feelings of depression.  No sooner had I started reading them than a woman about my age came into the waiting room pushing her elderly mother in a wheelchair.  The daughter was balancing a clipboard like mine as they came to a stop.  In a very loud voice, the daughter said to her mother, “Would you say you feel hopeless most of the time, some of the time, rarely, or never?”

“Most of the time,” the older woman answered, her voice sad and weak. The daughter marked the form.

And my jaw dropped. First of all, what a terrible violation of this woman’s privacy to ask loudly—in front of complete strangers—how hopeless she felt.  Then, how sad that the woman was too forlorn to speak up for herself and insist that her privacy be respected. But third, her daughter didn’t even react. She just checked the box and went on to the next question.

How can someone show so little caring when someone they love says they feel hopeless most of the time? How broken is this relationship, that the mother can disclose such an emptiness and despondency, and the daughter can respond with nothing more than clinical efficiency?

I was torn between wanting to jump up and hug that poor elderly woman, and wanting to pretend I hadn’t heard it so as not to compound the humiliation. My heart broke for her, and I wondered how many of our seniors are in that same boat?

Yes, I know there are dreadful, abusive parents whose behavior could certainly explain a daughter’s lack of compassion. But I wonder, especially as I visit elderly women whose children are too busy for them, what has caused such a decline in simple respect.

And it isn’t just the way the very old are treated. I see children swatted in supermarkets and told to shut up, just for asking a simple question.  I see teenagers ridiculing one another on high school campuses.  I see shoving and jostling where courtesy and door-holding used to be.

There’s a sharp decline in respect for public teachers and people in positions of authority (just ask any one of them), kids who misbehave in school are not being held accountable by their parents, pornography objectifies and devalues our fellow human beings, vulgarity and profanity permeate more movies and music, and we even watch with horror as human life is devalued as never before.

What is going on? This goes beyond the emboldened rudeness and the anonymity of social media. Yes, many ancient philosophers complained that the new generation is not as civil as the last one, but that’s no excuse for shrugging and giving up. At what point do we see that we’re heading towards the waterfall, and actually take steps to remedy the crisis?

Canadian writer Richard Deschambault, identifies three causes of this skyrocketing disrespect: “Inappropriate guidance in moral values; lack of responsibilities and lack of consequences.”  He also points out that all cultures define respect as a moral value, and emphasize the importance of parental guidance.

Parents are not 100 per cent to blame—certainly the degradation of one’s environment and the behavior of one’s peers has great influence. But while we cannot always control our circumstances we can control our own individual behavior. And this is where parents can make a monumental difference.

The breakdown of the family contributes to the absence of virtue teaching. But it isn’t just families where one or more parents is physically absent—it’s families that look intact, yet are tuned out. Too many parents—and kids—are overbooked with commitments that take them away from family members. Even constantly checking one’s cell phone disengages us from our loved ones.

Here’s my 5-step formula for turning all this around and restoring respect:

Seeing one another as God’s children—and thus as siblings—is really what it’s all about. When we can feel genuine charity and love for each other, respect follows.  As Elder Dale G. Renlund has said, “Show respect to all and hatred to none.”  Lovingkindness should not be seen as outmoded or obsolete, but as the secret to society’s survival. I’ve said this before and I’ll say it again: We need to be caretakers of one another’s hearts.

It is entirely possible that the daughter in this story lacked respect and kindness. However, as someone who is a caretaker for an elderly mother, I want to share another possible perspective. A few years ago that daughter might have been me. If I tried to fill out forms at the doctor’s office without asking for my mother’s input (even though I knew the answers) she would view it as an assault upon her independence—as if I didn’t consider her really there. I, too, would sometimes need to loudly ask her the questions since even with hearing aids she struggles to hear with the background noise of doctor’s offices. I admit that I would not have asked that specific question out loud. But what if I had? A few years ago my mother had a short-term reaction to a post-surgery medication she had been on that caused her to feel depressed and hopeless. If she had said she felt hopeless most of the time, I would have ached for her as I did every single day during that time, but I would not have reacted in the doctor’s office since I already was well aware of that side effect and knew there was nothing we could do until she recovered from that reaction. Those in the doctor’s office would not have seen all of the other moments when I tried to patiently encourage, uplift and support her day after day. I was, and still am, dedicated to my mother who I love dearly. At the same time, being a caretaker in such a situation is emotionally draining for many reasons. There were times back then when I found myself struggling with feelings of hopelessness. Those who observed me with my mother in several challenging situations where things might have appeared one way didn’t know the entire story. Offering compassion and support instead of judgment is another form of respect—and when I received that compassion as I struggled to do the best I was able in caring for my mom, it was a much needed tender mercy. We have to be very careful when we judge others not really knowing the full story.