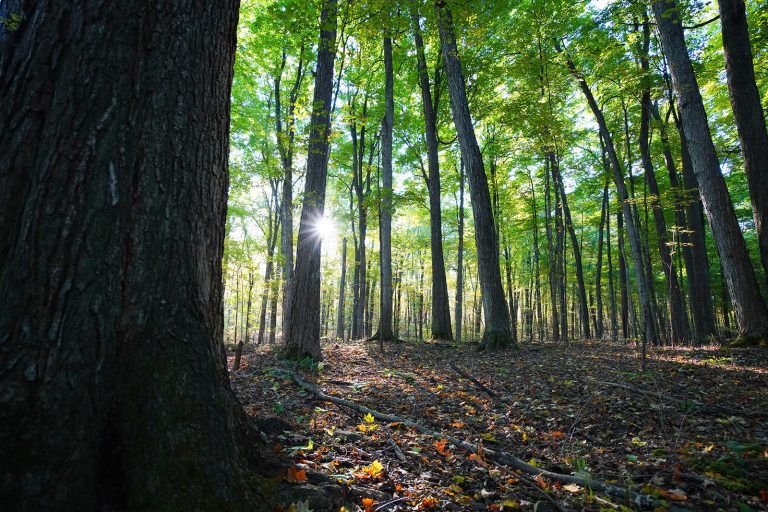 Questions about the First Vision, Answered

Every great organization has an inspiring story of its origin—a stirring anecdote of where and how it all began. That story often forms the basis for what the organization values, helps create connections and common bonds, and emphasizes the purposes of the corporation. Companies that succeed are those that retell that story often, and stay true to the core values that made them successful in the first place. The First Vision is our inspiring story that informs everything we do and everything we are.

While serving as a curriculum writer many years ago, I was told about a curriculum committee that submitted an updated presentation of the First Vision for approval. To try and appeal to young people, modern music was used for the backdrop. The video came back with a yellow-sticky note from Elder Boyd K. Packer, which simply read “We must never dress the First Vision in Levi’s.” Lesson learned. A more sacred presentation was prepared and approved.

President Joseph F. Smith stated: “The greatest event that has ever occurred in the world, since the resurrection of the Son of God from the tomb and his ascension on high, was the coming of the Father and of the Son to that boy Joseph Smith, to prepare the way for the laying of the foundation of his kingdom” (Gospel Doctrine, 495).

Why is the First Vision the keystone of our Faith?

The event of the First Vision is very sacred, and so is the knowledge that flowed from it, including:

The reality of the First Vision and the knowledge that flowed from it forms the foundation of the Restored Gospel of Jesus Christ.

President Gordon B. Hinckley said: “We declare without equivocation that God the Father and His Son, the Lord Jesus Christ, appeared in person to the boy Joseph Smith….Our whole strength rests on the validity of that vision. It either occurred or id did not occur. If it did not, then this work is a fraud. If it did, then it is the most important and wonderful work under the heavens….Think of it, my brothers and sisters. Think of the wonder of it. This is the restored Church of Jesus Christ. We as a people are Latter-day Saints. We testify that the heavens have been opened, that the curtains have been parted, that God has spoken, and that Jesus Christ has manifested Himself, followed by a bestowal of divine authority” (“The Marvelous Foundations of Our Faith,” Ensign, Nov. 2002, 80).

On other occasions, President Hinckley (see Teachings of Gordon B. Hinckley, p. 226-227) further testified that the chief cornerstone of our faith is the Lord Jesus Christ, and the second is the First Vision of the Prophet Joseph Smith:

“Every claim that we make concerning divine authority, every truth that we offer concerning the validity of this work, all finds its root in the First Vision of the boy prophet. Without it we would not have anything much to say. This was the great curtain-raiser on the dispensation of the fullness of times, when God promised that he would restore all the power, the gifts, the blessings, of all previous dispensations in one great summing up.”

“That becomes the hinge pin on which this whole cause turns. If the First Vision was true, if it actually happened, then the Book of Mormon is true. Then we have the priesthood. Then we have the Church organization and all of the other keys and blessings of authority which we say we have. If the First Vision did not occur, then we are involved in a great sham. It is just that simple.”

Is it worrisome that the Prophet Joseph Smith wrote about his First Vision four different times?

James B. Allen, a retired BYU history professor wrote: “People have so many misconceptions about the ‘various accounts.’ I have often given firesides about it, emphasizing the fact that, of course, there are differences between the accounts, but that there are some remarkable and important consistencies, and that, most important, they all reflected Joseph Smith’s honest effort, at different times, under different circumstances, and to different people, to explain what happened to him. Why would we not expect some differences to occur—after all, which of us tells a story exactly the same way every time?” (“A Genuine Vision,” LDS Church News, 26 May 2007).

As noted, the Prophet Joseph Smith wrote, either personally, or with the help of scribes, four accounts of the First Vision. Additionally, other accounts, were recorded by Joseph Smith’s contemporaries during his lifetime. These “various accounts of the First Vision tell a consistent story, though naturally they differ in emphasis and detail. Historians expect that when an individual retells an experience in multiple settings to different audiences over many years, each account will emphasize various aspects of the experience and contain unique details. Indeed, differences similar to those in the First Vision accounts exist in the multiple scriptural accounts of Paul’s vision on the road to Damascus and the Apostles’ experience on the Mount of Transfiguration [Acts 9:3–9; 22:6–21; 26:12–18; Matthew 17:1–13; Mark 9:2–13; Luke 9:28–36]. Yet despite the differences, a basic consistency remains across all the accounts of the First Vision. Some have mistakenly argued that any variation in the retelling of the story is evidence of fabrication. To the contrary, the rich historical record enables us to learn more about this remarkable event than we could if it were less well documented” (“First Vision Accounts,” Gospel Topics, lds.org).

President Gordon B. Hinckley affirmed: “I am not worried that the Prophet Joseph Smith gave a number of versions of the First Vision anymore than I am worried that there are four different writers of the gospels in the New Testament, each with his own perceptions, each telling the events to meet his own purpose for writing at the time” (“God Hath Not Given Us the Spirit of Fear,” Ensign, Oct. 1984, 5).

Where can I turn to learn more about the differences and similarities between these First Vision accounts?

For those who would like to learn more about the various accounts of the First Vision, here are some helpful sources to consult: