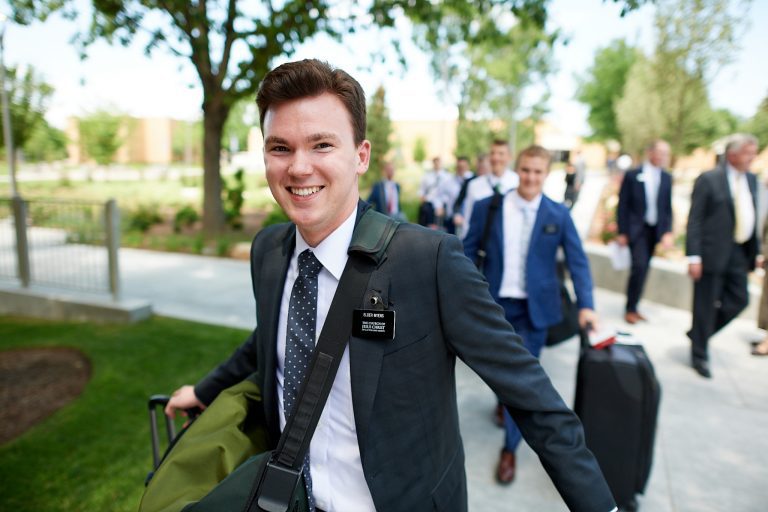 For the first time in 15 months, a small group of new missionaries arrived at the missionary training center (MTC) in Provo, Utah, on Wednesday afternoon to start in-person training.

A new era of online instruction at home for a week before heading to the MTC for completion also began today. “I think that we’ve noticed that relationships have already been built, because they’re seeing the members of their district here,” said President Benson L. Porter, the president of the Provo MTC. “I think some of the anxiety that they may have felt before where everything was new, is gone. Now they have some friends, they have a district.”

Sister Kerry Porter, who is serving as President Porter’s companion, helped to personally greet the missionaries as they arrived. “It’s wonderful to see missionaries with such faith, and that they can be here. And it’s such a historic time. To be able to utilize this sacred space and be able to really charge themselves before they head out to teach and serve,” she said.

Two hundred and forty-eight missionaries arrived in Provo on Wednesday. Similar numbers are scheduled to arrive each Wednesday in the coming weeks. Missionaries will spend approximately two weeks training in person before traveling to their area of assignment.