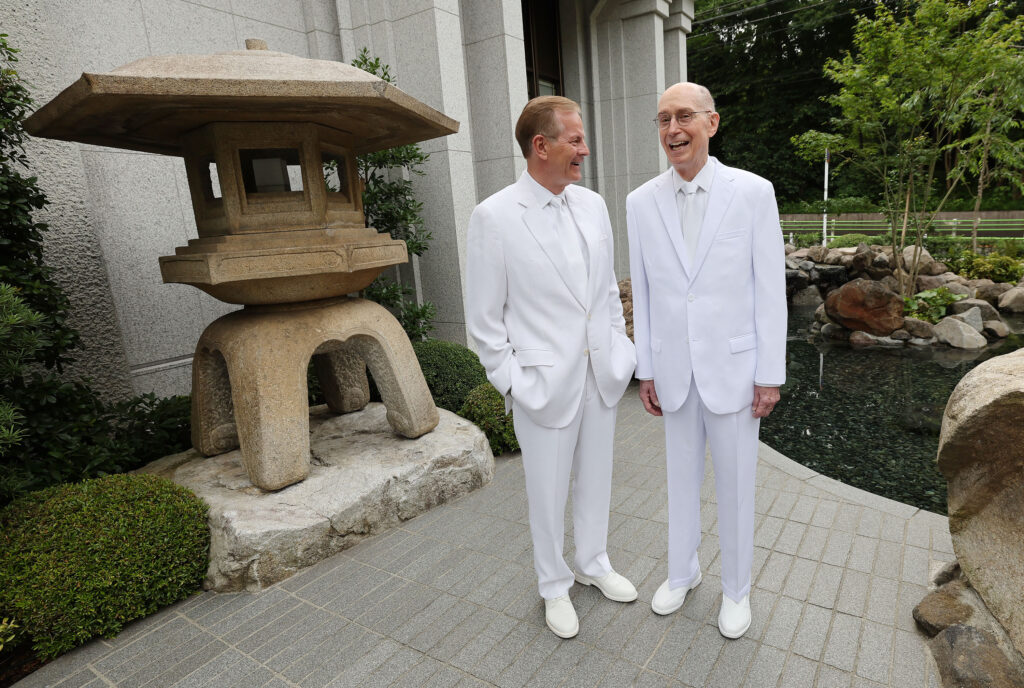 Shortly after arriving for the Sunday, July 3, rededication of the Tokyo Japan Temple, President Henry B. Eyring and Elder Gary E. Stevenson gathered for a few moments near the old Japanese stone lantern located outside the temple.

Those two physical structures — one, a lovely traditional Japanese lantern; the second, the newly refurbished Tokyo temple — stand together harmoniously. They seem apt symbols of this long-awaited “history meets future” day for The Church of Jesus Christ of Latter-day Saints here.

Now Japanese members have joyously returned to a historic structure they have loved for decades, even while focusing on the future blessings that will spring from this rededicated edifice

“This temple is our source of inspiration,” said Tokyo Latter-day Saint Shinji Takabori. “Many templegoers, including patrons and temple workers, have been waiting for this day when our temple reopens.”

President Eyring, second counselor in the First Presidency, presided over Sunday’s three rededicatory sessions. At each session, he was joined by Elder Stevenson, a fellow Apostle with strong ties to Japan.