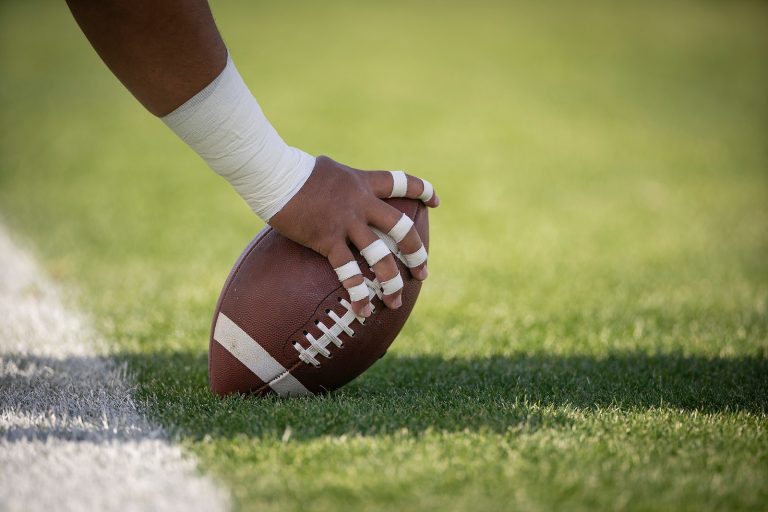 I was an offensive guard on my high school football team. We had a good line, and we worked hard and practiced hard. Our running backs were incredibly talented, but they often didn’t practice to their full potential because of their talent. Johnson, our leading receiver, was the worst. He would run downfield, turn, and catch just about anything the quarterback threw at him. He would almost always catch the passes, but he was often sloppy. He and I were two opposites. What I lacked in talent, I made up for in intensity, and many of the other players yelled at me for it.

Our first game was coming up, and our coach wanted us to practice as if we were in a game situation. The offense huddled, and the quarterback called a pass to Johnson. We lined up, and the ball was quickly snapped. The line defended well, and Johnson caught the pass and slipped past the defender. He ran a short distance, and then Johnson and the defender stopped and walked back to the scrimmage line.

Coach turned to the defender. “Hazelton, why did you stop?”

“But he was still seventy yards from the goal line!” Coach yelled. “Do you plan to just let the receiver waddle down for a score in a real game?”

Coach then turned to Johnson. “And Johnson, what was that little dance you did after you caught the ball? Why didn’t you run for the goal?”

“It’s just practice, Coach,” Johnson said. “No need to wear ourselves out.”

Coach was livid. “Well, you better wear yourself out. The linemen are going full force, and you better be, too.”

A couple of running plays were called, and then another pass. Johnson caught the ball and did his dance again, then he and the defender came walking back. Coach could take no more.

Coach yelled to the quarterback, “I will decide what plays you call from now on.” Then he turned to me. “Howard, you are defensive tackle.”

“But Coach,” I said, “I’ve never played defense before.”

“You know what the line does,” Coach replied. “And all you have to do is get whoever’s got the ball. Just go after them with the same ferocity you use to defend on offense.”

I nodded and moved into the defensive tackle position. The ball was snapped, and the fullback came through the line carrying the ball. I tackled him at the line of scrimmage.

The next play was a pass, but before the quarterback got it off, I tackled him. “Criminy, Howard,” he said. “It’s just practice.”

The next play was another pass. This time, the quarterback quickly got it off, and Johnson evaded the defender and caught it. I was already headed toward that part of the field. Johnson did his little dance and turned just as I hit him. As I stood and helped him to his feet, he started yelling and swearing at me. “It’s just practice, you idiot.”

I jogged back to the line, and Johnson walked. The whole way there, I could hear him swearing at me even while Coach was praising me.

Coach called another pass on the next play. Again, the quarterback got it off quickly, and Johnson caught it. But this time he looked and saw me coming. He turned and ran. We ran the whole length of the field, and even though he was slightly faster, he apparently thought I would quit and turn back, so he slowed. I tackled him only a few yards from the goal line. If he had been mad on the previous play, it was nothing compared to this time.

When he approached the line, still swearing at me, Coach told him to shut up. Coach then turned to me. “Howard, tell everyone what you told me when I asked why you’re so intense.”

Coach nodded and turned to the rest of the team. “You all remember that. You perform like you practice.”

Marvelous! I am sharing this one with my students. Thank you for your wonderful stories.

True in sports and in life!