Politics, Irony, Arizona, and the Greasy Pole: Another Reason to be Kind « Meridian Magazine 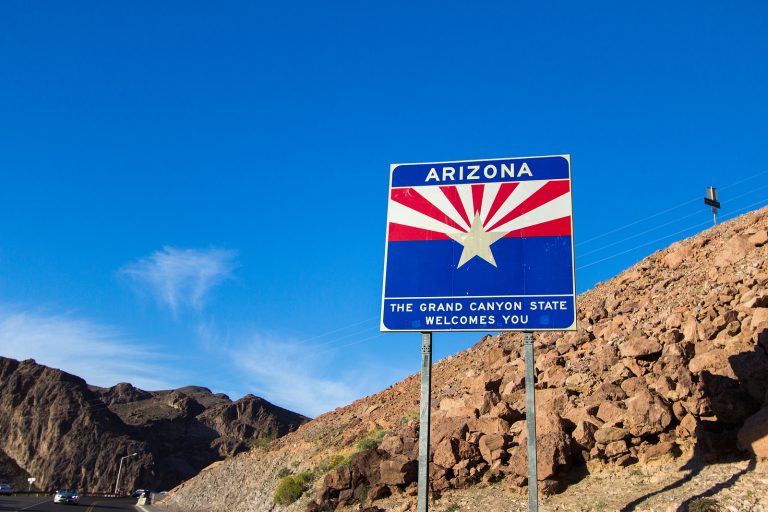 Politics, Irony, Arizona, and the Greasy Pole: Another Reason to be Kind

America’s presidential election may be over (though some, including one of the principals, don’t seem to think so), and the winner seems to have carried the State of Arizona.  There is a deep background story in Arizona, however, and readers of Meridian Magazine are entitled to hear it.  Its roots go back millennia, and it is far more vast than American politics.

Let’s start with the ancient Greeks, who tell us that there are nine Muses who inspire playwrights, poets, musicians, dancers, and others.  When I sit down to write, Clio, the Muse of History, will now and then perch on my desk and read my timeless prose.  She’s a daughter of Zeus, but she’s not as tough as you might suppose.  Sometime when she reads my inspired output she just shakes her head and weeps.  Poor thing.  For a critic who has seen thousands of years of prose you’d think she’d be more resilient – or forgiving.

Which brings me – through a logical course of premises, deductions, and irresistible inferences – to the State of Arizona.

As the ballots were counted last week in Arizona, I got thinking about the Muses.  I wondered if there were a Muse of Irony.  My exhaustive research reveals there isn’t – but there should be.  How else to explain the vote in the Grand Canyon State?

If former Vice President Joe Biden wins the State of Arizona, as it appears he has, we ought to create a Muse of Irony.  We could call her Irazona (EYE ruh ZONE uh).  I could be her chief of staff.  I’d be great!

Irazona would have an official medallion that she drapes around the neck of champions of irony.  Jeff Flake’s image would appear on the medallion.  Do you recognize the name?  Mr. Flake served Arizona for many years in public office, first in the state legislature, then in the U.S. House of Representatives, then in the U.S. Senate where he served but one term.  On October 24, 2017, the year before he would have run for re-election, Senator Flake announced on the Senate floor that he would not run again because he could no longer support the Republican Party, as then constituted, or its leader who occupied the White House.  Indeed, Senator Flake’s opposition to Donald Trump went back to before Mr. Trump secured the nomination.

Of course, as a newly minted Muse might say, “That was then; this is now.  History trudges relentlessly ahead.”

In August of this year, Jeff Flake, a Republican, endorsed Joe Biden for president.  Mr. Flake even made three different ads for the Biden campaign in which he urged Republicans and conservatives to vote for the Democrat.  Mr. Flake said, “The most conservative thing you can do [this year] is put your country over your party.”

This, you see, is why we need a Muse of Irony:  Donald Trump’s personal disdain for Senator Flake may have cost Mr. Trump Arizona’s electoral votes.  And, if it weren’t for a late surge in Pennsylvania, that loss in Arizona might have cost Mr. Trump the presidency.

Irazona, in all of her cosmic majesty, does not care about such trivialities as presidents and rulers.  Biden and Trump and the rest of us are, like autumn leaves, just vanities plummeting in the wind.  The Muses have a timeless perspective.

If you, like me, agree that we ought to have our own Muse of Irony, you can help the cause by sending me a personal check.  I’ll be sure that Irazona hears of your support, and we’ll add your name to the scroll of honored acolytes.  If you send $50 or more, we’ll send you a free baseball cap emblazoned with our slogan, “Embrace Irony.  Not That We Mortals Have a Choice.”

In the meantime, be kind to those you pass on your way up the greasy pole.  You’ll surely meet them again on your way back down.

Lincoln Oliphant lives in Virginia.  He always votes, but he is one of the rare American voters who has never voted for Joe Biden, Hillary Clinton, Donald Trump – or Jeff Flake.  His write-in candidates in 2016 and 2020 did not win the presidency.  Too bad, too.

So sad how many people vote with their feelings on their sleeves, rather than the brain given to them by God. By their fruits shall he know them. Promises made, promises kept.

It's sad that so many good members of the church have been deceived by secret combinations. My heart aches for them and I pray to God that they will see the light before it's too late.