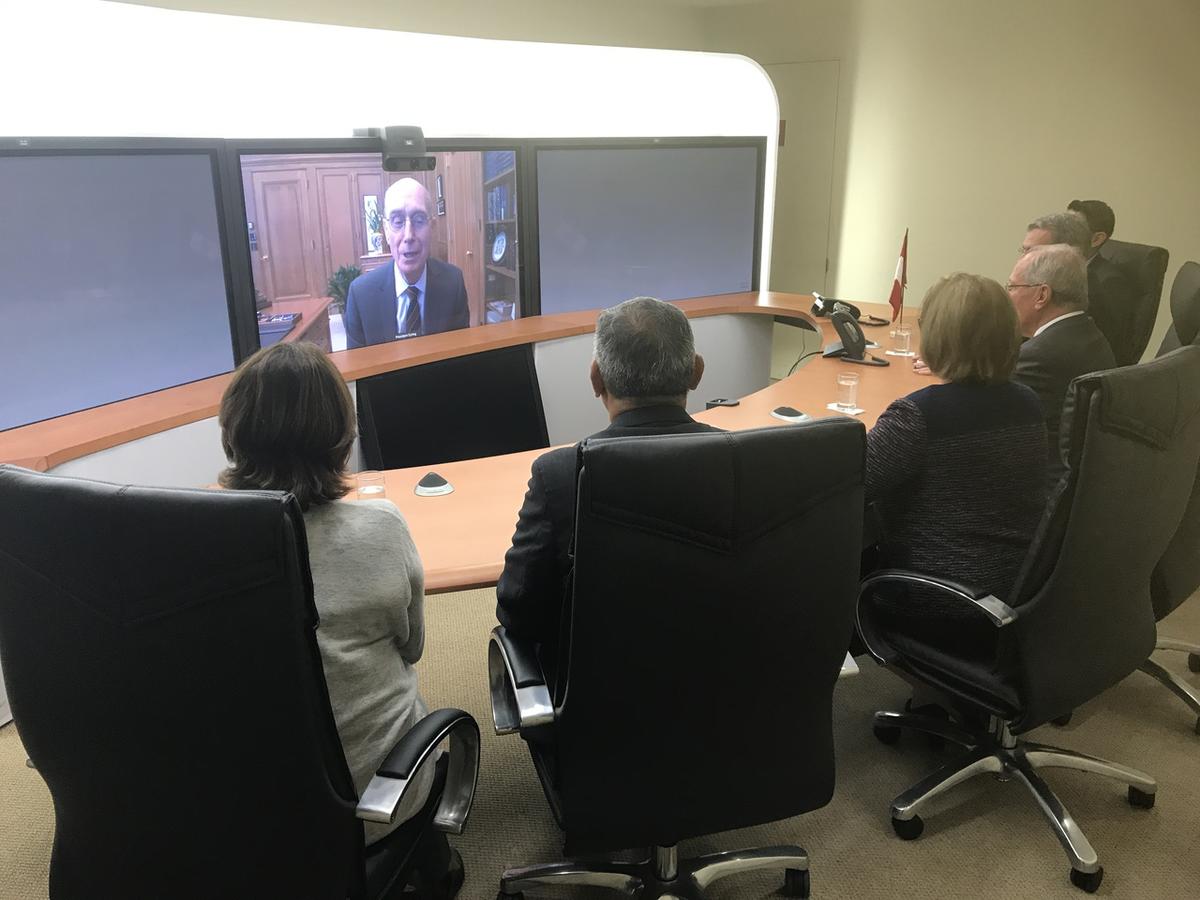 Peruvian President Pedro Pablo Kuczynski recently reached out to President Henry B. Eyring, first counselor in the First Presidency, to offer thanks for the Church’s relief assistance in the aftermath of historic flooding in Peru.

The two men spoke on May 9 via videoconference — connecting President Kuczynski at the Government Palace in Lima with President Eyring at Church headquarters in Salt Lake City.

“The purpose of this call is to thank The Church of Jesus Christ of Latter-day Saints for the help it provided in a time of emergency that our country recently experienced — along with the sacrifice of the Church members and volunteers who [served] where they were needed,” said the Peruvian president during their discussion.

“Words alone are not enough to thank the Church for all it has done during this emergency,” she told President Eyring.

Peru’s brutal season of flooding has claimed the lives of more than 90 people and left hundreds of thousands homeless. The natural disaster has affected almost half of the country’s 25 regions and exacted a heavy cost in lost productivity from Peru’s economy, according to the Los Angeles Times.

Latter-day Saint humanitarian response officials have worked closely with Ms. Lange and other government leaders to deliver provisions where they are most desperately needed. More than 380 tons of Church-donated relief supplies benefited 103,000 flood victims.