People who would Vandalize our Kids | Meridian Magazine 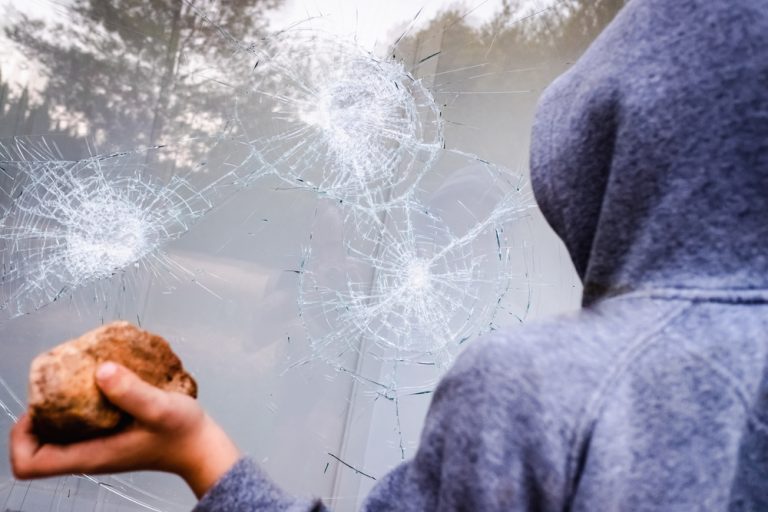 People who would Vandalize our Kids

The following comes from Latter-day Crone.

I was reading an interesting little piece by Abigail Shrier tonight. She was speaking more broadly about why American parents are looking for alternatives to regular public school for their children, mentioning in particular the popularity of language immersion schools. Rather than being primarily motivated by a desire to have their children be fluent in a second language, she suggests many of these parents simply do not want “American children.” That is, American children are more troubled, are completely disrespectful, and cannot do an honest day’s work to save their lives.

“America has become a “culture of disrespect” and English, a primary vector. Every cultural medium—your kid’s favorite webisodes on YouTube or Disney Plus—promotes to children the notion that parents are foolish and inept and that it’s admirable, cool, or smart for kids to dismiss, deride or countermand them. This, [Sax] believes, lies at the heart of the mental health crisis among the rising generation. Parents can’t guide you or make you feel safe if you doubt their authority. . . Some parents who sign their children up for foreign language instruction in a language they do not speak may simply hope to produce kids more orderly and respectful than the typical American adolescents. But they may also have a humbler ambition: raising kids who are less lethargic and sad, less screen-obsessed, less anti-social—less adrift than American kids seem to be.”

Shrier concludes: “From my years of research into the stunning spike in transgender identification among teen girls, this may be the most important take-away: social media, schools, doctors, therapists, even teachers now actively work to undermine parents’ authority and pry kids away from the values and protection of their families.”

I think there is something to this. Perhaps it has always been present as a force in human society, but I think it is turbo-charged now. There is a force that seems to want children, even young children, to be completely exposed and vulnerable to cultural trends. Ensuring parents are incapable of protecting their children is an integral pre-requisite of this effort. The fact that schools and therapists feel “honor-bound” to keep parents in the dark is a prime example of this. But so is the “privacy” of the cell phone tied to the internet, where children see and hear things their parents would never allow them to normally, and where children can meet and become psychologically involved with people their parents would never allow them to speak with otherwise.

Of course, parents are sometimes complicit or indifferent in these matters. But most parents do care, deeply, and are blindsided, only finding out the depth of their exclusion from their children’s lives when it is far too late to do something to prevent it. No wonder homeschooling and Gabb phones are becoming popular.

One senses below the surface of these trends a deep and ancient evil–to sully what is innocent and perfect and beautiful, just because one can. What is happening to children is an act of vandalism. The most poignant lines of Shrier’s piece are these:

“Why do vandals deface a beautiful new storefront? Can you discern a compelling motive? Because they feel uncontrollable envy and rage? Because they have a status incentive to do so? Sometimes. Maybe.

“Whatever their motive, what is clear is that they are bent on damaging something precious that doesn’t belong to them. The activists attempt the same with our children: to damage their innocence, wreck their connection to family, attenuate their connection to the sources of familial love and strength that would otherwise fortify them against an increasingly chaotic world. 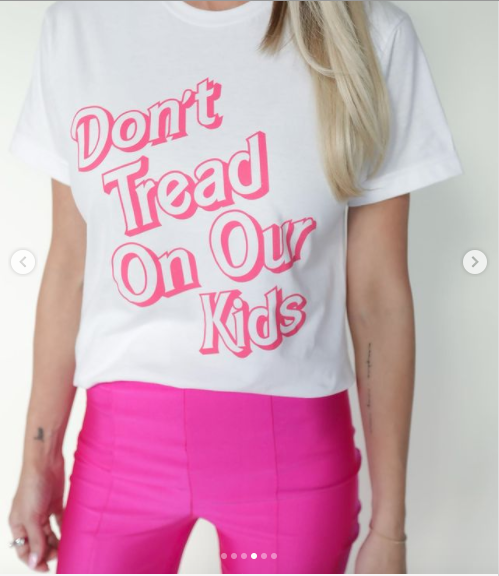 “Which, in the end, might be why so many American parents are now doing whatever they can to insulate their kids from American influence. If they are religious, they place their kids in the first parochial school they can find. If they are not, they hunt for any other culture to stuff like fiberglass batt insulation between their kids and American influence. The point isn’t what’s in the fluffy pink stuff. The point is to keep their kids safe, dry, and a few inches further from the gathering storm.”

Yes, yes indeed. The past few days I have been listening with one ear to the kerfuffle over Brittany Aldean’s remarks. In response to the pushback she received for correctly describing “gender-affirming care” as “genital mutilation,” she created a line of T-shirts that really do seem to hit the nail on the head:

What dark forces sometimes forget is that the last, best defenders of children are their mothers. And when the mothers become incensed, watch out. Our children are not yours to vandalize for kicks. They are ours, they are precious, and we will defend them to the death.