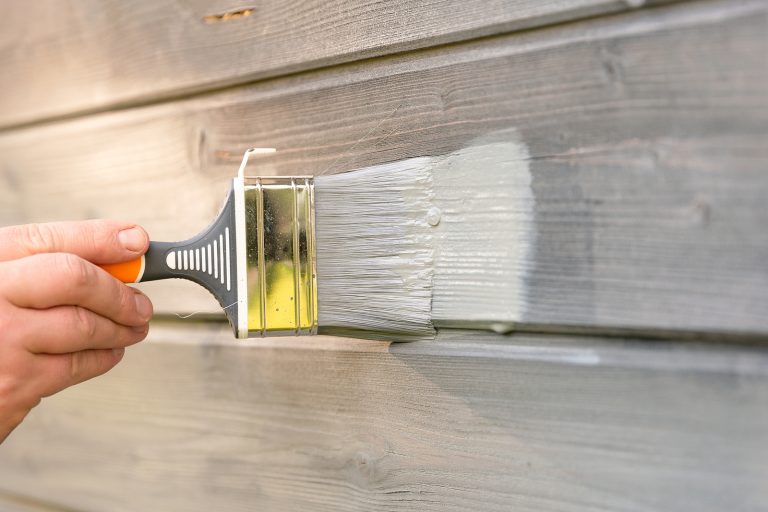 There are only a couple of jobs that I really hate to do, and I have been working on one of them this month. I am getting old enough so that I don’t brand cattle anymore, so I was doing the other job I hate—painting the house.

When my wife, Donna, suggested we paint the house before winter, my heart filled with a dreaded feeling similar to when I’m going in for a root canal. But I couldn’t argue that the house needed it. It has been around twenty years since we did it the last time. But the memory of feeling slimy and walking around looking like I had a severe case of yellow measles was as clear as if it happened yesterday.

And it’s not just the gooey mess I hate. I don’t like painting from the very start where we have to pick the color. Maybe it’s a guy thing, or maybe it’s just me, but I like what I am used to. Our house has been a light yellow that has faded to cream, so when Donna asked me what color we should paint the house, I suggested that was the perfect color.

“Oh, no,” she said. “We’ve had it that color for twenty years. It’s time we tried something different.”

“What color were you thinking?” I asked.

“I was thinking of a tan color,” she replied. “That seems to be the color most people are going with these days.”

“Well, just because all the other lemmings are jumping off the cliff. . .”

“Oh, stop,” she said. “Have you considered that maybe people are painting their houses that color because it is a nice, calming earth tone that is just right for these turbulent days of chaos?”

Painting is not a nice, calming anything for me, and I suggested that if we painted it the same color it already was, if we missed a spot, no one would even know. Her only answer to that was to point out to me all the houses we passed that were tan.

I had to admit they looked quite nice, so the next step was to get the little flip card pack with all the colors. We looked at the tans and finally settled on one. It was called “sand dune,” which was ironic since we live close to the famous St. Anthony sand dunes.

“Maybe if the wind picks up, and our house is buried by the blowing sand, no one will even notice,” I said.

Next came purchasing the paint. The girl at the paint store asked me what kind of paint I wanted. I told her I wanted the least expensive kind that would last until after I died so I wouldn’t have to paint again.

“I don’t think we have any that will last that long,” she said.

I thought, “Boy, she’s good.” She could have said, “Five-year paint should do it,” but instead, she turns it into a compliment. Her boss needs to give her a raise.

Donna and I settled on the best paint they had so it would last as long as possible, and we set to work. Now, there are some things about painting that are quite illogical. Take the primer, for instance. Why should a person have to paint the house to prepare the house for painting? At least, that’s what it seems like to me. It’s like eating dinner in preparation for eating dinner. Why don’t they just make the paint out of the primer?

Then there was the caulking before I could paint. No one who is a cake decorator should ever be in charge of caulking. Not that I’m a cake decorator. But when I am in charge of making a cake, it’s a stack of Twinkies and Ding-Dongs with Cool Whip frosting. It’s too tempting to lick your fingers, and unfortunately, caulk looks very much like Cool Whip. Take it from me, though, it doesn’t taste like Cool Whip.

So, we are now about half done, and Donna asked if I like it. Of course, I’m not going to say no for fear I might have to repaint it. But I don’t want to lie either.

I’m sure in about a year, when the painting is done and I am used to it, I will think it is the perfect color.

My Parent's house was red. My dad painted one side each year so it always looked great. Was not a great big house though.

My spouse HATES painting! He said the first four letters in the word are appropriate....rather like the last 4 letters in 'touch'. I'm sure he'll never paint the house we're in...I'm not fond of the trim color.....the house is tan/ beige/sand.