One Easy Way to Wrap Your Holiday Gatherings in Love, Despite Differences | Meridian Magazine 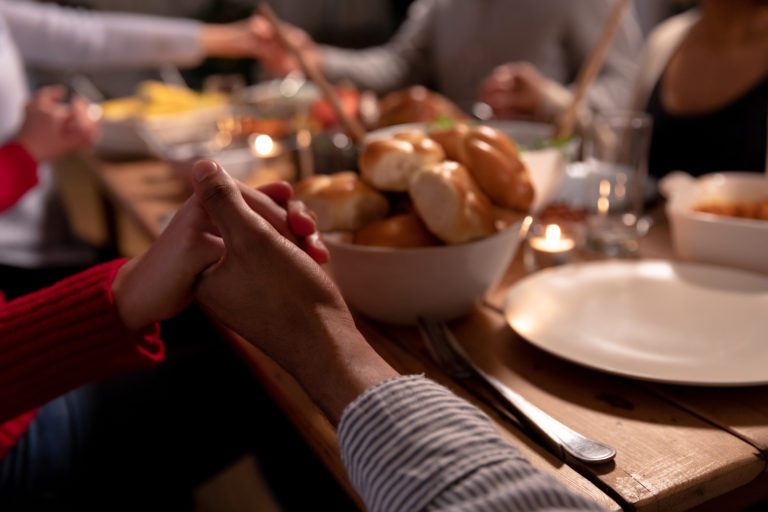 One Easy Way to Wrap Your Holiday Gatherings in Love, Despite Differences

“Do you see those sweet sisters over there? They inspire me. They couldn’t be more different, but they also couldn’t be more full of love toward each other than they are.” A friend of mine pointed out to me one day about two ladies who were her good friends.

She went on to explain, “One of them is a not married, non-religious, modern feminist who prides herself on being on the liberal side of every issue. Her sister, and best friend, is a married, very religious, ultra conservative, pro-life mother of six children. Yet, they never let their differences get in the way of their relationship. I just love it!”

I looked at these two powerful women and couldn’t help but be inspired too. How did they do it? How did they conquer their differences in a world that only focuses on the differences in people? Most idle conversations revolve around the observations of others; in particular what we admire or reject about the other people in our view. It’s common for people to tell friends all the bad things that they can find in others. Yet, these women, who could’ve condemned each other and drifted away because of differences, were clearly full of love and admiration for each other despite their political and even personal views of what is important and right.

My friend concluded the praise of her two friends with this statement, “Even though they run in different social circles and even see issues drastically different from each other, they would defend each other to the death, and they would never become offended by the other’s views.”

About a month after this shining example of sisterly love, another friend told me a tragic story of a friendship that was broken because of differing opinions. My friend had a best friend from childhood. Even though they never saw social issues the same way, they still loved each other, they went to college together, cried together, rejoiced together, and never told each other that they couldn’t say whatever was on their minds.

Sadly, in the last few years one friend decided that since she didn’t agree with the political and moral views of her best friend that she would end the friendship. One day she lashed out at her best friend for her conservative political stances and declared the friendship over. My friend was devastated. Never had their different opinions mattered. My friend said, “It was as if she had chosen for my different views to wound her, when they never had before. She seemed to feel like I was attacking her, just by being who I was and caring about what I cared about.”

This second story is sadly becoming increasingly more common among lifelong friends, close neighbors, and even family members in these times of ideological polarization. Up until about 8 years ago or so, people knew that others didn’t always see things the same way, but they chose not to take opposing views as personally and just loved people for being people.

So, if we take the social and political views of others personally, and damage our relationships with them due to their differing beliefs, then it seems logical to deduce that we are not seeing people as people any longer, but as issues, instigators, and antagonizers to our emotions instead. This is ideological objectification, meaning that we are degrading people to mere ideas, instead of valuing them as full people who are entitled to ideas and lives that they choose to have.

If our society continues to ideologically objectify every citizen based upon their political, social, religious, and moral views, then we will be contributing to war.

Just a decade ago, people respected differing views as part of the way humans have always been. But today, a different view is seen as an attack that requires a counter attack. Each view shared by an ideological warrior supposedly creates more victims and aggressors. Attacks, victims, aggressors, and warriors are all war terms. Wars are happening in families, in schools, in the workplace, online, in the media, and at holiday parties.

One Good and Unique Way to Show Love

It’s holiday party time again. With each passing year, groups of families and friends are finding that people they once saw eye to eye with, they now don’t know how to relate to. These differences can make parties hard to look forward to for some. They can also feel awkward when different opinions are shared. Instead of being one of those people who dreads differences and craves sameness, thereby setting themselves up for emotional discomfort and relationship disconnection at holiday gatherings, choose to be grateful.

But why do they break our hearts? Easy, because we love people. Why do we love them? Easy, because they are part of us. Let’s be grateful for that, and every other good thing we can find.

The two sisters I spoke about at the beginning are grateful for differences, grateful for being part of each other’s lives, and grateful for countless other kindnesses, service and strengths that each other shares. They listen to each other with interest instead of contempt. They don’t have to be “right” when the other one is speaking.

This deep level of respect is a self-government challenge for some. For a person to see another with this kind of grace and gratitude, they have to focus on the good, not the bad. They must deliberately make a list of what good things they find in the other. They must praise the other person for those good things and ask questions. Then, when the other person is speaking, they must give themselves a “no” answer about sharing their own views about the topic, unless the other person feels open to it.

Of course, it would be ideal if two people just deliberately decided to respect and love each other enough to behave this way when they are together, but that isn’t always possible. However, even one person can make a lasting difference and share an increased amount of love by choosing not to be part of any wars or rumors of wars, and value the relationships more than their partisan views or the prospect of ideological conformity to their own passions.

Yes, this is a time when wars are in homes and offices across the land due to ideological objectification. It is love that conquers war. And gratitude is the beginning of a stout love. After all, isn’t that what this season is all about?

Thanks Nicholeen for sharing your insights at a time when our nation is becoming less and less civil. Thanks for lighting the way, leading out and giving us great ideas and solutions to a growing, troublesome problem. Let's all set an example and solve it.