On the Unexpected Book of Mormon | Meridian Magazine 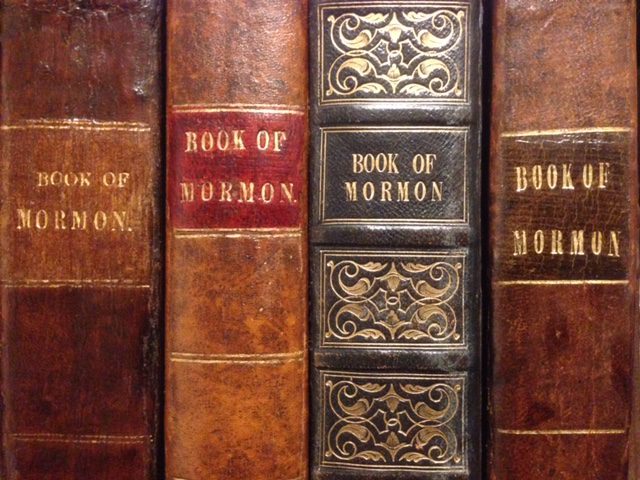 On the Unexpected Book of Mormon

I published this article in the Deseret News on 20 April 2017:

So you’ve decided to declare yourself a prophet and to establish a new religion! In order to accomplish that, you obviously need to produce one or more revelations and to persuade others to believe in them.

Historically, the typical route is to announce you’ve received at least one message from God. The procedure is straightforward: Simply say that you did — which may perhaps even be true. No corroborating witnesses are required, nor need you supply any confirming material objects or evidences. Your prophetic experience can be entirely personal to you — usually such experiences are. It can be totally subjective and, thus, largely beyond proof or disproof.

Nobody else shared Isaiah’s vision of God enthroned in the temple (Isaiah 6). Apparently, none of Ezekiel’s fellow Israelite captives saw “the appearance of the likeness of the glory of the Lord” with him during their exile by the river of Chebar (Ezekiel 1). The Lord called the boy Samuel while Eli the priest slept soundly nearby (1 Samuel 3). The word of the Lord came privately to Micah and, although he was “among the herdmen of Tekoa,” it came to Amos alone. Abraham’s revelations were never shared with others. When these prophets announced their messages, they supplied no chorus of supporting witnesses. They offered no physical evidence to fortify their claims.

Likewise, Joseph Smith, the founder and first president of The Church of Jesus Christ of Latter-day Saints, could have been an entirely plausible prophet on the basis of just his personal revelations. Instead, his public ministry begins with a very different kind of revelation: the Book of Mormon.

He could have produced a series of short revelatory documents and teachings over an extended length of time — just like the Doctrine and Covenants, in fact. But what happened at first, rather, was the dictation of a lengthy, complex book within the stunningly short period of just two or three months. The Book of Mormon recounts a thousand years of history for a people of whom none of his contemporaries had ever heard. (And throwing in the Jaredites just makes the story longer and more complex.) Joseph Smith’s neighbors expected no such thing. They wouldn’t have missed it had it not been provided.

In offering such a history, with its multitudes of interacting characters, scores of place names and geographical descriptions, and complicated story and chronology, a fraud would have exposed himself to a host of risks and possible pitfalls. But to what end? It seems, superficially at least, quite unnecessary.

Ellen G. White, at the foundation of Seventh-day Adventism, claimed approximately 2,000 visions and prophetic dreams over seven decades but produced nothing like the Book of Mormon. Mary Baker Eddy’s “Science and Health with Key to the Scriptures” — fundamental to Christian Science — isn’t remotely comparable.

What’s more, Joseph provides corroborating witnesses who also claim to have encountered divine beings and to have seen and hefted substantial material objects. (In fact, a remarkably large number of his subsequent revelations are received in company with others — see this previous column “Many of Prophet’s revelations were shared experiences,” Feb. 24, 2011).

By contrast, the remarkable Swedish scientist, philosopher, theologian and mystic Emanuel Swedenborg (d. 1772) had no associates with him in his dreams and visions. He took nobody with him on his visits to heaven and hell.

Similarly, during Muhammad’s 22 years as a prophet, his seventh-century Arabian neighbors shared none of his visions or revelations, and the origins of the Quran involved no tangible objects. (For a relatively adequate biography, see Daniel Peterson, “Muhammad: Prophet of God.” ) But Islam quickly became one of the world’s great religions.

None of this is to argue that Swedenborg, White, Eddy or Muhammad — let alone Isaiah, Ezekiel, Samuel, Micah, Amos and Abraham — were frauds. (I don’t believe they were.) It does suggest the claims of Joseph Smith represent a rather unusual challenge to those who would like to dismiss them. In my judgment, it is an unusually formidable one.

Of course, there’s also the question of what price a person setting out on a career as prophet and religion-builder would be willing to pay. In Joseph’s case, the price entailed seemingly endless lawsuits, mockery and persecution, tarring and feathering, substantial periods of imprisonment, being driven from state to state, watching friends and family suffer on account of his claims and, in the end, going — apparently quite consciously — to violent death at the hands of a mob.

There are, a good job counselor might have suggested, better and less demanding career choices.

Thank you Dr. Peterson! Joseph's story is remarkable. The angel's prophesy is evident, his name is had for "good and evil" in all the world.