No Change in Administration | Meridian Magazine 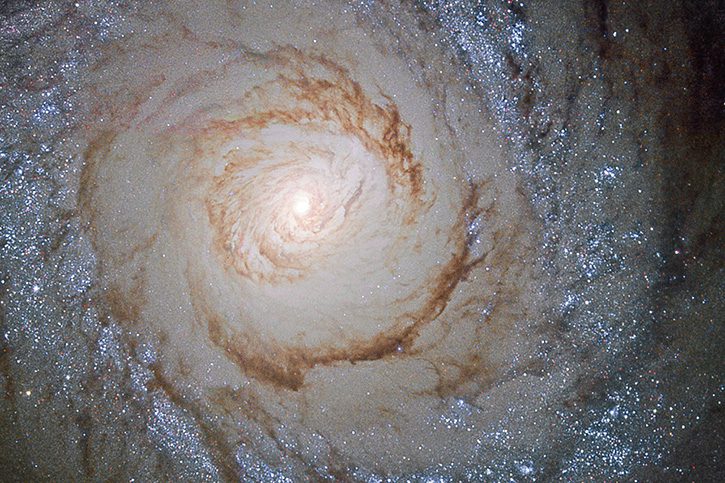 No Change in Administration

With this election, as Americans, we have been angry, threatened and divided as we have felt like the future of our nation is on the line as never before. Yet as a part of Latter-day Covenant Israel, we have an assurance that goes beyond any election or any change of political office. We belong to the God of the entire universe whose administration never changes, the Creator of the grand design Himself. He, who made all things on the macro level—whirling suns and expanding galaxies–has an interest that descends to the most micro level of each human heart.

If we find ourselves worried or heartbroken or afraid about what lies ahead, we can be assured that our Father knows and has anticipated it all.

Moroni tells us: “For do we not read that God is the same yesterday, today, and forever, and in him there is no variableness neither shadow of changing?” (Moroni 9:9).

In the heavens, there are no political parties, no vying for power, no clashing philosophes. Our God, who never changes, is the sovereign.

In His administration, the worth of souls is great, and no one, no group, no skin color, no child is marginalized or ever left behind. Special interest groups cannot buy his power. His administration is based on love and care for everyone, even the least of these.  He notices the sparrow’s fall.

His administration lifts the shadows, attacks problems at their root, not just claims that it will. “God is light, and in him is no darkness at all.” (1 John 1:5).

In His administration, agency is always protected. In the eternities, we will not have to be always on guard from those who would steal it from us or litigate our bill of rights. He is there to guard our precious freedom. It is His gift to us.

In His administration we need no life insurance. He offers instead eternal life assurance.

In His administration, there is perfect law and order that can be counted on. He tells us, “There is a law irrevocably decreed in heaven before the foundations of this world, upon which all blessings are predicated. And when we obtain any blessing from God, it is by obedience to that law upon which it is predicated.” (Doctrine and Covenants 130: 20, 21)

In His administration, he exercises the power to deliver us from all evil and enemies through the atonement of Jesus Christ. We are freed from the terror of those who would march against us in the night or war upon us. We need no military, just His power.

In his administration, because of the Savior’s gift, there are second and third and a thousand, thousand more chances. No one is ever cancelled for a perceived mistake.

In His administration, He is the perfect, Supreme Judge, There is no conservative or liberal labels and no vying for power that might swing the verdict. Instead He perfectly balances justice and mercy and His word never changes.

In His administration, nothing is done in secret. He has perfect transparency with nothing done under the table. His course is straight, with no surprising turns to the left or to the right.

In His administration, all promises are kept. There is no saying one thing to win your vote and then doing something entirely different. “What I the Lord have spoken, I have spoken and I excuse not myself,” He tells us. (Doctrine and Covenants 1: 38).

In His administration, the commandments never change.  There is no igniting philosophy that everyone believes today and discards tomorrow. There are no protest marches or placards that could make these commandments change.

In His administration all things work together for our good. There are not winners and losers, the powerful and the powerless.

In His administration, faithful, covenant-keeping Saints are offered all that He has and can become joint heirs with Christ. There is no partial division of rewards, no special groups that get a bigger share of the pie.

In His administration, disease of both body and soul is perfectly healed. This is a health insurance program with no medical bills, just a positive answer to the question “Wilt thou be made whole?”

In His administration, all have a perfectly equal chance to come into Him, either in this life or the next. He stands with his arms outstretched to welcome all.

In His administration there are no refugees, no homeless. Instead he is the very one who said, “I go to prepare a place for you.” Because we know the great God of heaven we can sing, “No longer as strangers on earth need we roam.”

In His administration, we are left without questions about what matters or how to be. He has given a complete manual of instructions so we know His laws, His principles and His guidelines for happiness.

In His administration, though we are only one of billions and billions of children, we don’t have to make an appointment for His time. We just call out His name and He answers, “Here am I.’ No other administrator that we can think of offers such personal attention. We would wait a very long time to be called to the White House.

In His administration taxes are never raised.  He said, “He that hath no money, come buy and eat, yea, come buy wine and milk without money and without price” (2 Nephi 9: 50). The tithing that he requests is a flat tax rate, the same for rich and poor and only given voluntarily. The IRS will not come to audit your tithing and instead of a filing, the most you will get is a short meeting once a year when the Bishop asks you if your tithing is complete. That answer is entirely up to you.

In His administration, He has given you inalienable rights which include life, liberty, and the pursuit of happiness. We call these inalienable because the government did not give them, and therefore, the government has no right to take them away. God is the giver.

In His administration, the poor shall be lifted and Zion will be built where we are one heart and one mind and there are no poor among us.

In His administration death benefits are included for everyone. These death benefits include the promise of immortality for all in a promise that will never be broken. We can be still in the midst of political wrangling, because the God that we worship will never be moved out of His place.

In a world where it seems we can’t count on many things; we count on this. One of the greatest miracles of this God of miracles is that He is. That is our security.

That is just beautiful. Thank you so much!

Such an inspiring message of hope; a message wth eternal perspective.This is so needed ! Thank you, both, for the way you express these truths so clearly. Truth is beautiful. Truth is freeing! We love your podcasts.