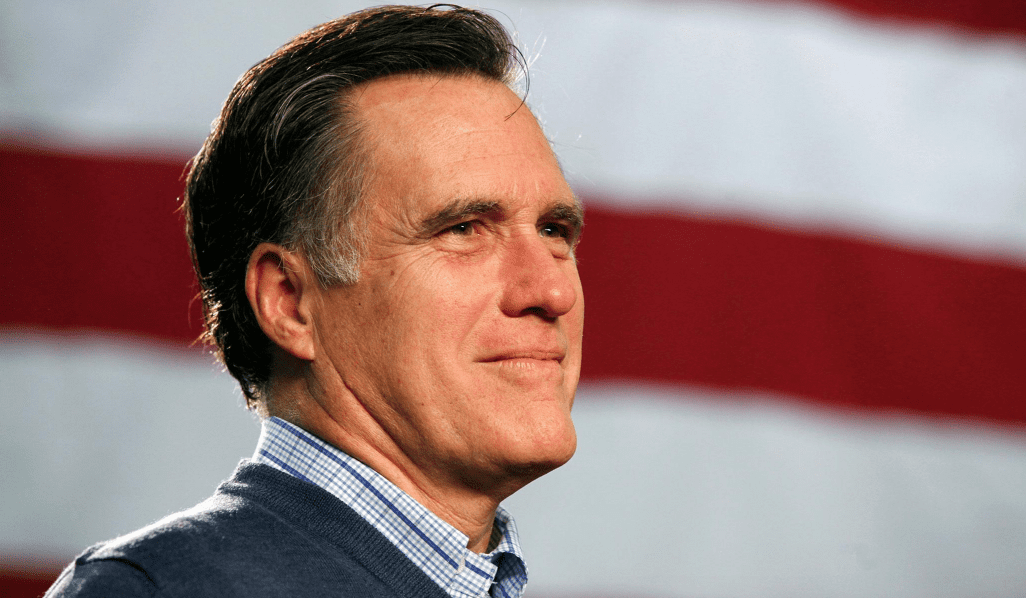 National Review: What a Mitt Romney Utah Senate Campaign Would Mean to America

The following was written by Hal Boyd for the National Review. To read the full article, click here.

Political commentator Bill Kristol opened his speech to the Sutherland Institute’s annual gala in Salt Lake City earlier this month by noting how delighted he was to have spent time that evening with two of his favorite politicians: Senator Mike Lee and, of course, “Senator” Mitt Romney.

The crowd’s laughter morphed into approving applause at Kristol’s winking reference to the prospect of a Romney run. Kristol, meanwhile, proffered a faux apology to Romney, seated in the audience.

A Dan Jones Utah Policy poll released earlier this year recorded Romney with an astoundingly high 71/25 percent favorable/unfavorable rating in Utah. Even 45 percent of Democrats in the state viewed him favorably. (For perspective, the same poll had the state’s popular sitting governor, Gary Herbert, at 63/29 favorable/unfavorable, Senator Mike Lee at 51/33, and Senator Orrin Hatch, whose seat Romney would theoretically be seeking, at 46/47.) And among self-identified “active” Utah Mormons — perhaps the state’s most important voting bloc — Romney’s split rose to 88/10.

If the steel-jawed, Olympic-saving septuagenarian becomes Utah’s next senator, he would for the first time be representing a core constituency in near-total sync with his own views. And his supporters contend that this dynamic could make for his finest political hour.

I have seen nothing he has done since his presidential run to convince me he would be good for Utah. And I resent the stories being floated in the press here in Utah that we are clamoring for him to replace Hatch. We are not.

Those who attach RINO to Romney often miss some obvious points. First they insist that to be republican means to never compromise on anything. For example abortion. I deplore it. Most do. However, making abortion illegal is not synonymous with stopping abortions..not even close. Prior to lawful abortion, back-alley abortions were killing women. As a matter of my own personal moral compass I DO NOT believe in abortion. However, I am smart enough to know that my stance does not stop abortions. So, I compromise, not my moral compass, but my acceptance of a human frailty and the need to protect as many lives as possible until a better solution is found. Romney is smart enough to know that compromise is real and a necessary part of democracy as we define it. He would be a great senator.