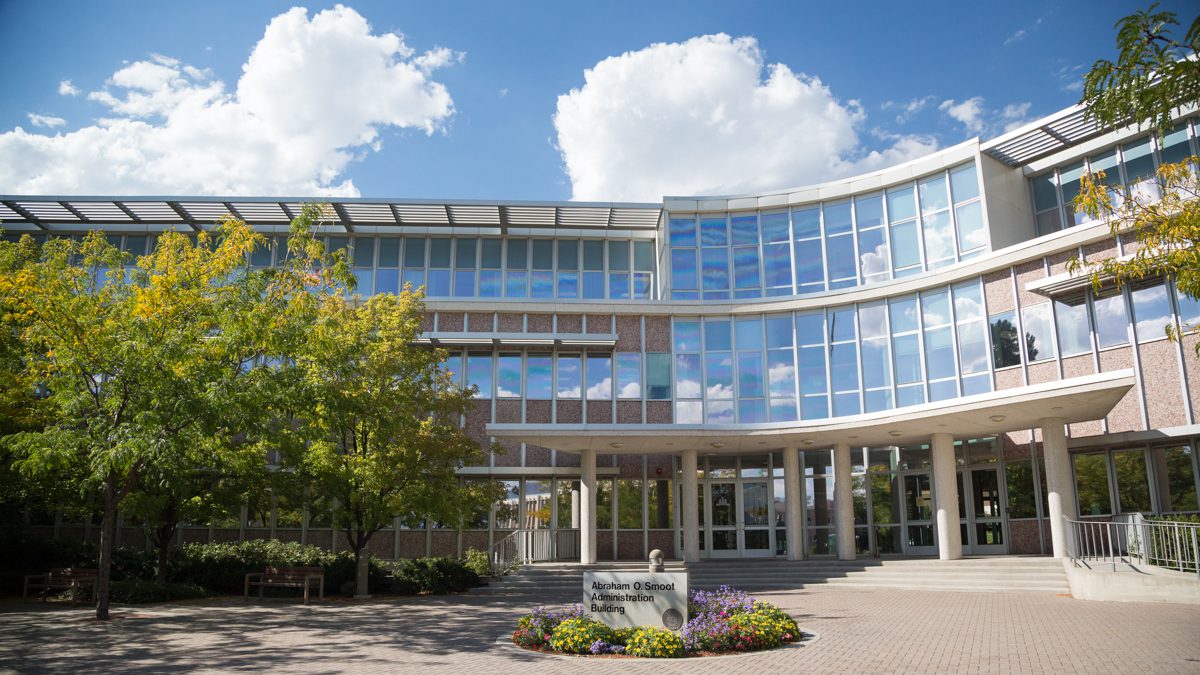 Throughout the summer, the BYU Advisory Council on Campus Response to Sexual Assault has been doing research and talking to many people inside and outside the university to identify changes that will help BYU determine how to better handle the reporting process for victims of sexual assault.

One of the experts they consulted was clinical psychologist Dr. David Lisak. He studies the causes and consequences of interpersonal violence. He’s worked with the U.S. Military, the Department of Defense and many universities. Lisak was interviewed both in The Hunting Ground, an award-winning documentary about sexual assault and reporting on college campuses, and in Jon Krakauer’s Missoula: Rape and the Justice System in a College Town.

Julie Valentine, a member of the Advisory Council and a nursing professor at BYU, suggested Lisak be invited to campus.

“I’ve known David and known of his work for a long time,” Valentine said. “He is incredibly well respected – really a national leader and researcher in this area. He served as a consultant to all branches of the military and to the Department of Defense. The military has made enormous strides in how they address sexual assault, and I know David has been part of that effort.”

Emily Hellewell: How do you describe your role in working with the Advisory Council at BYU?

It’s useful for people who are steeped in this issue to realize that they’re not alone. These are problems that virtually every college campus is grappling with. So I provide as much [as] I can; sort of a window into what other people are thinking and trying.

EH: Describe what that process was like as you met with the Advisory Council.

DL: This council that has been set up here at BYU, these people sat in this room all day and there was not a slow or dull moment. It was nonstop conversation and discussion, back and forth. And it got more and more concrete over the course of the day. More and more into really trying to nail down, “So, how would we solve that problem? What would it look like structurally?”

I presented information primarily about offenders: what we know, the research on who commits sexual assaults and under what kind of circumstances on college campuses. I also talked some about the impact of sexual assault on victims… and why it’s so important to increase, as much as possible, reporting rates.

And this is where it gets very nitty-gritty, and it’s something that’s not appreciated: making change happen in reality on the ground is always complicated. It requires really hard work from a whole lot of people.

That’s part of what was going on today… thinking about the big issues, but then moving further and further into on-the-ground, “What does this mean about the best policies for BYU?” and “How would you implement those kinds of policies? What kind of structural changes would have to be made?” All the way down the line to “How would it work and how would we figure out whether it is working?”

EH: Every university is a little bit different, but as you go around the country working with different schools are there common themes surrounding sexual assault?

EH: What should universities do now to move past those legacies and find better solutions?

DL: Now the process of figuring out how to create policies and procedures that really work is underway. We are not at any kind of end point. It’s not like it’s a book and you read the right chapter and there it is laid out for you.

Universities need to take this seriously: that’s the simple thing. What you want to see is a campus that is really showing commitment to taking this seriously, to taking on the problem. Solving the problems that have to be solved. What isn’t so clear-cut is what the exact answer to all those problems is. We’re still learning.

EH: How does a university go about rebuilding trust with students?

DL: This was a major topic. There are two things. One is you have to earnestly examine yourself so that you can identify the problems that need to be fixed. It starts with that kind of internal honesty. Then you have to have the courage to make the changes that are necessary.

But then I also think you have to be forthright in explaining this publicly. Too often what I see in higher ed, and it’s an even worse problem in the military, is a… reluctance to be bold both in solution but also in how you communicate the solutions.

That was one of the things we actually talked about. This committee will do its work and it will make recommendations. Those recommendations will result in a set of changes and hopefully those changes will be effective enough, bold enough to correct the problems that have been identified. And those [changes] should be heralded. It’s not enough to just whisper that “Hey yeah, we did a few changes.” Announce them. Be proud about them. Be proud about the process.

Say it loud and clear so that people know you did take it seriously. You actually took it to heart and then made some changes as a response. Let people then evaluate, “Okay yeah, that seems like that was serious work.”

EH: How can this process and what this Council is doing help BYU and the people in this community?

DL: I think it helps the institution in a lot of levels.

I’ve read a little bit in the newspaper BYU got some pretty negative press. Welcome to the club; this is not unusual across the country.

But, you know, it hurts. There are people who are committed to this institution and they don’t want to read the negative press. But they also don’t want to feel like, “Was any of this warranted? Are we not doing enough of a good job? Are we not looking at things?”

Will they fix it? Well, hopefully. You make the changes and then you evaluate. Is this working? Is this fixing this problem? You can’t get graded on “Yeah, you fixed it.” You get graded on “That seems like a logical way to fix it, and then we’ll find out if it really is.”

EH: How can families, friends and communities better support victims?

DL: Actually, this also came up today. What we know is that for many, many survivors of sexual assault, the only people they disclose to, certainly initially, are [a] very limited number of friends, maybe a family member.

It’s not automatically known by everybody that one of the most salient responses in sexual assault is [for the victim] to blame themselves. You might hear a friend say, “This is what happened to me and it was all my fault because I did this or I did that, or I wore this or I wore that, or I was here, I was there.”

If you’ve had some sort of education in this you would recognize that immediately as… what survivors do, they blame themselves.

You might even say, “Regardless of what you wore, where you were, what you drank, or anything of the sort, that’s no reason to be raped, and so it wasn’t your fault.” That can be incredibly helpful to a survivor, especially when this is the first disclosure they are making.

One of the important things is – it’s true here on BYU campus but as true everywhere else in the community – that we do our best to get this information out because it’s friends, family members… not necessarily trained professionals, who are going to be essentially those first responders. They can have immense impact for harm… if they don’t know how to respond, [or impact] for very good if they have even just a little bit of education or training.

EH: What’s intriguing to you about working with BYU?

DL: BYU has certain unique qualities. It’s a faith-based institution, so it makes some of the solutions a little bit different. The challenge is how do you make changes that will correct some of the problems that you may perceive, in terms of sexual assault reporting and so forth, while still honoring the values of the institution. That’s a fascinating intellectual challenge to figure that out.

EH: Is there anything else you wanted to mention?

DL: There are people working hard on this. It’s true at any organization that oftentimes all this hard work happens out of sight and then people just respond to outcome. But it’s worth recognizing that it takes hard work and there are people who are engaged in it.

The gentleman's responses reminded me of my 10th grade English teacher's warning about "glittering generalities". This has the appearance of another "consultant" be paid to pontificate without actually providing any value. At BYU, is this a "solution" looking for a problem?