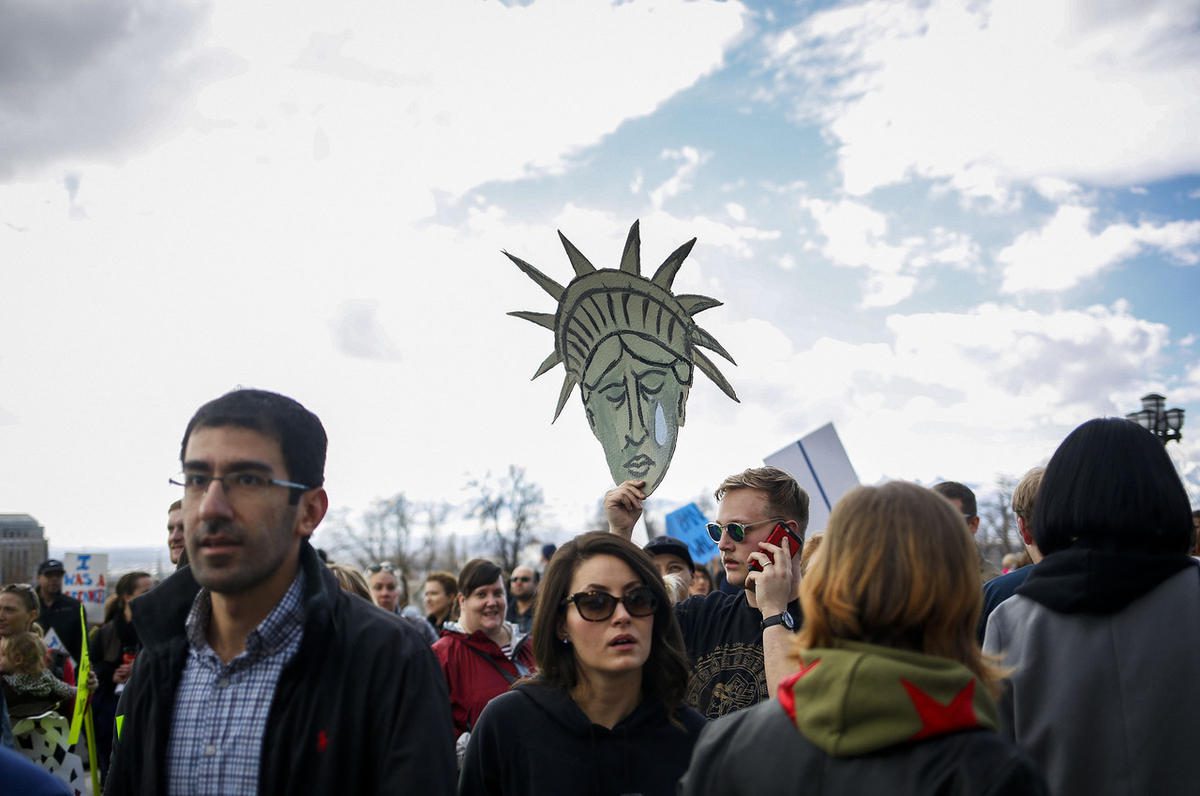 American Mormons still endure “pernicious consequences” created by U.S. government discrimination against them in the 1800s, says a legal brief filed against President Trump’s travel ban in the 9th Circuit Court of Appeals.

The friend-of-the court brief filed by 19 Mormon Studies and history scholars — not all of them Mormon — goes beyond a vivid re-telling of the story of legalized 19th-century anti-Mormonism, which included tidbits that might surprise some members of The Church of Jesus Christ of Latter-day Saints.

The brief warned the court that the president’s executive order halting immigration from Muslim-majority countries would legalize anti-Muslim sentiment, and that based on the Mormon experience, which included heavy anti-immigrant sentiment and federal efforts to restrict Mormon immigration, the consequences could last for decades or longer.

The 9th Circuit is scheduled to hear Hawaii v. Trump on May 15. C-SPAN will broadcast the hearing. Trump issued Executive Order 13,780 — “Protecting The Nation From Foreign Terrorist Entry Into The United States” on March 6. The order suspends the entry of people from six countries — Iran, Libya, Somalia, Sudan, Syria, and Yemen — for at least 90 days.

The brief’s lead author believes it provides an opportunity for the court to scrutinize the executive order in a way that didn’t exist when the U.S. government acted against Mormons.

Hmmm. Puzzling. The article doesn't mention the radical Muslim sects who openly voice their desire to conquer other nations through immigration. This is a consideration which needs to be addressed and I believe Trump is using due care and diligence for the safety of Americans. He is not banning all Muslims. Muslims with good hearts and intentions have little concern, possibly only some temporary inconveniences. The Americans who are complaining and throwing tantrums are acting childish. Let the President do his job and be thankful he is watching out for what is a majority Christian Nation He is putting faith, prayer and trust in God back into practice, which the last President failed miserably to do.

Mormons were robbed and murdered in Missouri because of the "extermination order. My great great grand uncle was murdered in Arkansas by anti-mormons who were later acquired in an Arkansan court. When the government acts out of prejudice against a people, bigots and scared small minded people have taken license to do the most outrageous things against the singled out minority. Muslims like mormons are 99+% moral valued citizens and immigrants. But the other comments demonstrate how folks justify bigotry under the guise of security. As Missourians did against my ancestors... and they went on record saying rape, theft and murder was a righteous action in part because of Boggs executive order.