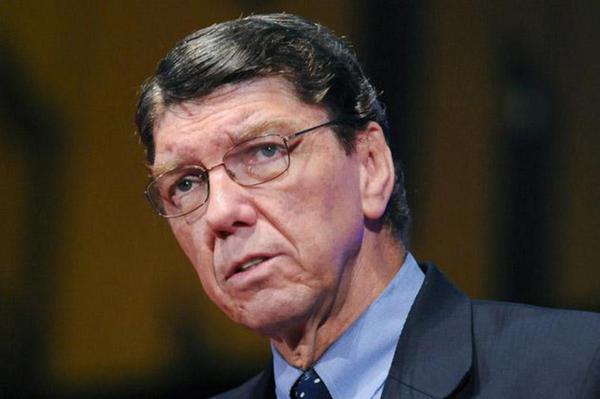 The first time Dave Ulrich made the Thinkers50, the world’s most prestigious ranking of business management thought-leaders, the 2007 list placed him right between Al Gore and best-selling author Seth Godin.

He was one of three BYU alumni on the list that year, including the Harvard business professor who introduced the concept of “disruptive innovation,” Clayton Christensen. Christensen finished first in the biennial rankings in 2011 and 2013. This year, for the first time, 10 percent of those on the Thinkers50 list are BYU graduates — Christensen at No. 2, Ulrich (27), Liz Wiseman (43), Hal Gregersen (46) and Whitney Johnson (49).

Like a smaller boxer who succeeds against bigger fighters, “BYU outpunches its weight,” Ulrich said.

But how? Why does BYU make up an outsized portion of the Thinkers50?

The answers range from the mundane — how lists are compiled — to the intriguing — what the dean of BYU’s business school calls the Clayton Christensen Effect. Christensen earned an economics degree at BYU and went on to write “The Innovator’s Dilemma,” which“deeply influenced” Apple’s Steve Jobs. His ideas oninnovative disruption have had such a broad impact that “disruption” is becoming a household term describing, for example, what is happening right now with cable TV cord-cutting. Gregersen and Johnson have worked directly with Christensen.

Ulrich said a better and perhaps more interesting answer includes the influence of The Church of Jesus Christ of Latter-day Saints on all five BYU alumni in the Thinkers50.

“Five LDS people on the list is amazing,” he said. “I credit the LDS learning system. BYU, I think, through the missions served by so many of its students, gets that benefit. I don’t think the world understands how great missions are for learning. Gospel and theology learning, of course, but also social learning, organizational learning, personal management learning. An 18-month or two-year mission is like five years working at one of the world’s best consulting firms.”