Mitt Romney: Obama must wage war on the Islamic State, not merely harass it | Meridian Magazine 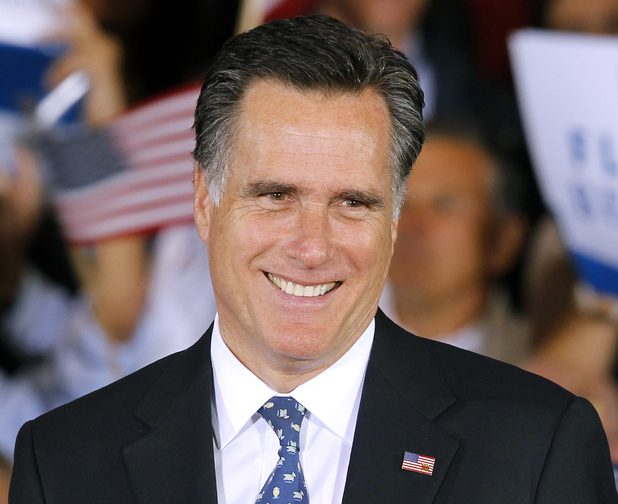 Mitt Romney: Obama must wage war on the Islamic State, not merely harass it

Mitt Romney, writing in The Washington Post notes Obama said that ISIS was contained just hours before the horrific terrorist attack in Paris that killed 129.  Romney said, “Now…we know just how wrong he was. After Paris, it’s clear: Doing the minimum won’t make us safe. It’s time the president stopped hedging and took meaningful steps to defend us and our allies.”

Romney writes, “The president was right when he called the Islamic State a cancer, but it is a cancer that metastasized on his watch. Paris is proof. So are Afghanistan, Iraq, Syria, Lebanon and North Africa. What we saw Friday we will see here if we continue on the present course. It’s time to change that course, secure the safety of our homeland and preserve our democratic values. Now is the time, not merely to contain the Islamic State, but to eradicate it once and for all.

“We must begin by identifying the enemy. We will not defeat it if we are afraid to call it by its name. These heinous acts of terror are waged by radical Islamists: jihadists. And the Islamic State represents the branch of this ideology that currently poses the greatest threat. Islam is not the enemy, but the enemy lives within Islam. Accordingly, the broader Islamic world will play a critical role in this war.”

As an LDS Frenchman living in Paris, who experienced a few terrorist attacks over the years, dovelike comments remind me of the attitude that prevailed in America when the Germans had already invaded most of Europe: not our problem! It was instead a good thing America stepped into the conflict before the Nazis were left with enough time to develop nuclear missiles! This also gets me to remember this dear friend, who was so attached to homeopathic medicine, that she turned down standard chemotherapy to treat an acute case of cancer. She suffered unnecessarily, and eventually left our world prematurely. Homeopathy may certainly be good to treat a number of ailments, but there is sometimes no better cure for cancer than “cut, burn and poison.” Along the same lines, America is the only nation with the military might to treat what Romney very rightfully diagnoses as a ‘”cancer with metastasis.” Otherwise, what happened in Paris last week will someday happen in New York, Los Angeles, or San Francisco. It’s only a question of time.

We don't need more war. We need less war. We need less intervention. Yes the humanitarian cause is huge if the US military vacated all middle eastern countries but their presence to fight other nations battles (or meddle or gain more power or resources whatever your cup of tea is) creates humanitarian issues in our country. It exposes our peaceful places of assembly to violence on one hand or heightened security and decreased freedom on the other. This "war" will never be won until the USA says enough global policing. I don't believe these nations or terrorists would seek to harm innocent citizens if we weren't exacting our will in their homeland. Maybe that's naive but enough is enough!