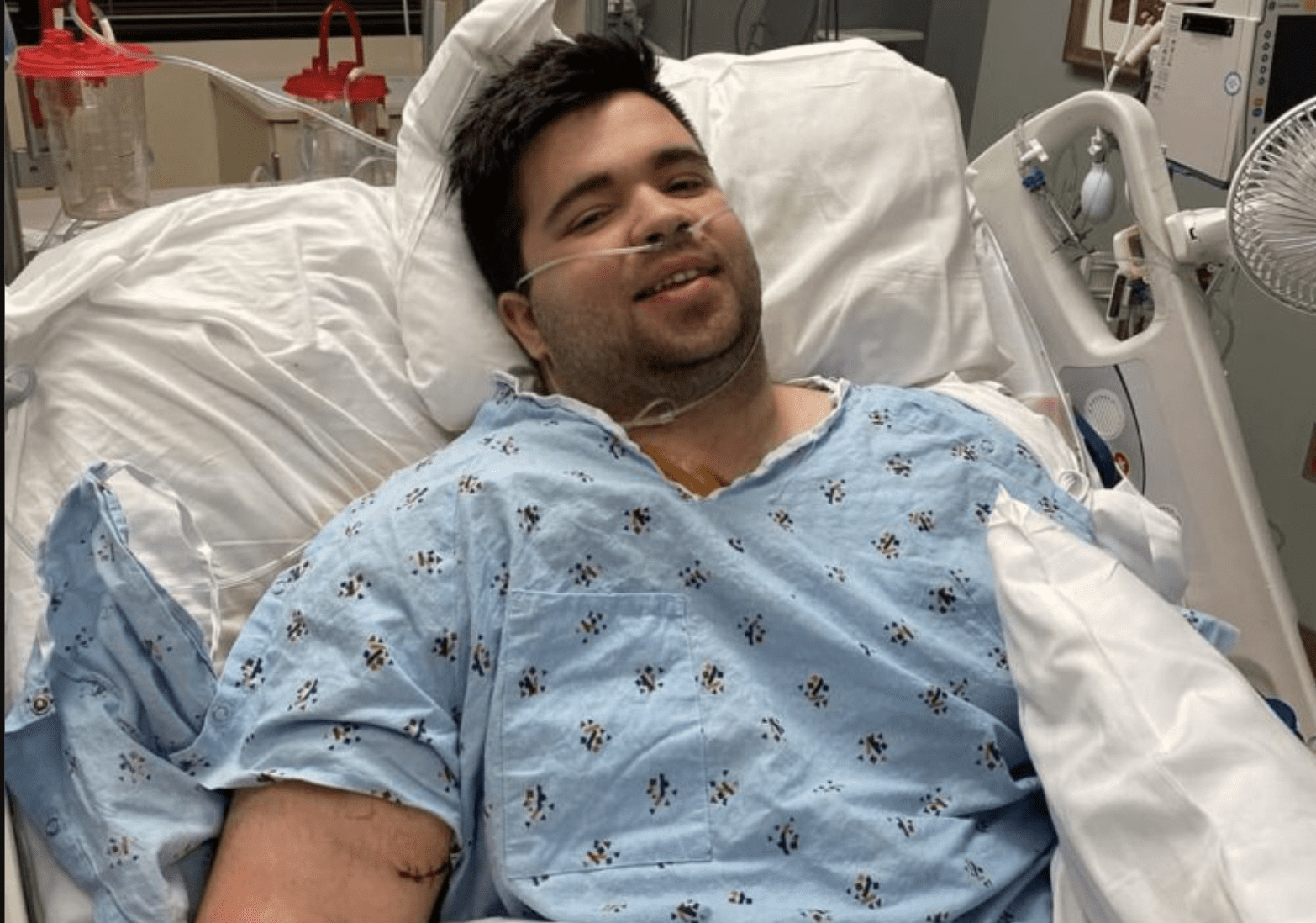 Elder Michael Fauber — the full-time missionary of The Church of Jesus Christ of Latter-day Saints seriously injured in a Dec. 3, 2021, meetinghouse shooting in Alabama — came away from the incident with remnants of five bullets in his body, limited movement in his right arm and hand, and a strengthened appreciation for and testimony of the gospel.

“It’s definitely a miracle — I guess I’m supposed to keep going,” said the 18-year-old Fauber, recently released from the Alabama Birmingham Mission. “There’s the probability that I could have been instantly paralyzed from the bullet to my spine. I could have bled out with the shot to my liver.”

Just days after the shooting, his parents — David and Rachel Fauber of the Kettering Ward in the Dayton Ohio Stake — spoke of their “sense of peace” and gratitude for blessings and miracles. And in a recent interview from home with the Church News, Michael Fauber made his first public comments about the incident, his injuries, his rehabilitation and his perspective of the experience.

Several missionary companionships were hosting Friday night basketball games at the Birmingham Alabama Stake center in Vestavia Hills, using the pick-up games to visit with attendees, share a spiritual thought and gauge interest in learning more about the Church.

On Dec. 3, Fauber and his two companions arrived late, coming from a dinner appointment and finding other missionaries had started the activity, with games already underway.

One player stood out. “No one knew anything about him — I’m pretty sure it was his first time ever coming,” recalled Fauber, describing him as about 6-foot-8 and slender. “He was playing really well — everyone was having a hard time playing against him.”

After the game he was playing in ended, the player stepped away, sitting on the edge of the stage as another game began shortly before 8:30 p.m.

“I went over, sat next to him and asked him what his name was,” Fauber said. “He didn’t respond or anything — he just stared. It was kind of weird.”

The missionary brought out a Book of Mormon, opening to 3 Nephi 11 and relating the resurrected Christ’s visit to the Americas. “I offered him a copy and explained to him briefly what it was, but again, no response, and he just kind of stared straight ahead.

“I decided at that point to leave him alone, so I thanked him for coming, got up and left a copy of the book next to him, just in case he wanted to take it home.”