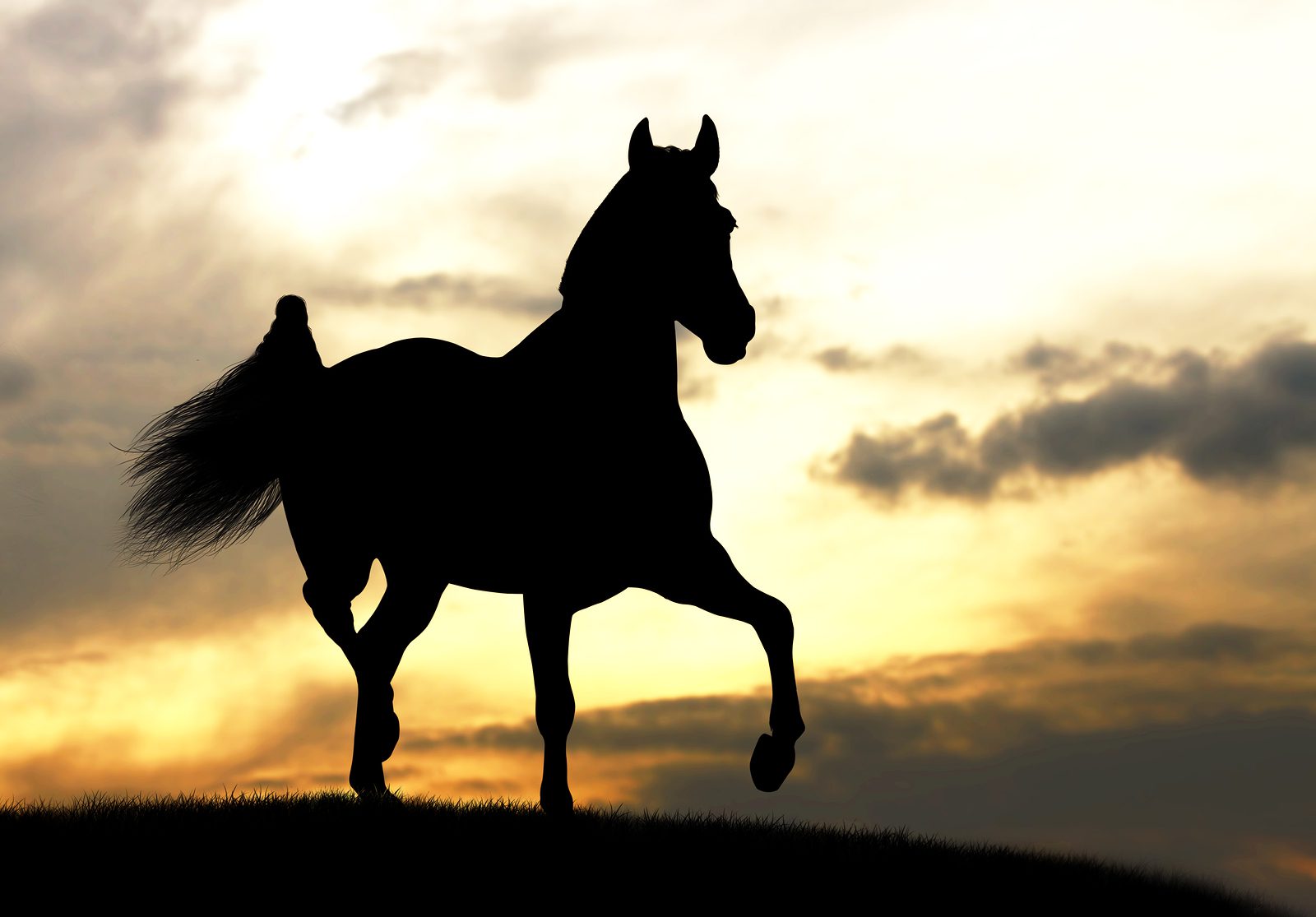 This is the second part of a two-part story. To read part one, click here.

By the time Barbara, Cashmere’s owner, came home for a weekend, I had already spent two weeks with the huge black stallion. He was so gentle that I was sure the stories about him being vicious were just a big joke.

That Saturday, Barbara met me at his pasture. She wanted to see if what I told her was true. I climbed through the fence while she stood nervously outside the gate.

I whistled and called to him. “Cashmere.”

He flew across the pasture with his head high and his tail arched. He came so fast, with no sign of slowing, that Barbara began to back pedal from the gate, though I stood still because of the trust I had already gained in him. He slid to a stop just in front of me and started to nuzzle me playfully. I pulled out a carrot and handed it to him. As he munched it I stroked his muscular neck.

Barbara came back up to the gate. She shook her head with disbelief. “Well, I’ll be! I would have never believed it if I hadn’t seen it! To be honest, I thought you were telling me a tale!”

“Weren’t you telling me one?”

“Not at all. We had dozens of men on different ropes to load him, and it was a horrible fight.”

Cashmere gently nuzzled me for some more treats, and I had a hard time believing what Barbara said. As I continued to pet him, I turned to her. “Barbara, you said you’d tell me more about him?”

Barbara nodded. “Well, it’s a long story, so let me get my lawn chair out of my truck.”

Once she had set up her chair and was comfortable, she started.

“When Cashmere was a young stallion, he was living in Germany. At that time there was a racehorse that had never been beaten, and many considered him to be unbeatable. Then one day, a beautiful, unknown, young stallion took the German racing circuit by surprise, beating the unbeatable horse by a large margin. That horse was Cashmere.

“The racing world was so abuzz with excitement that a movie star, who was a horse racing fan, asked Cashmere’s owner if he could buy him. The owner didn’t want to sell him, so he named what was then an outlandish price of 8 million dollars. To the owner’s shock, the movie star agreed to the price. The owner still didn’t want to sell him, even at that amount, but he felt he had to keep his agreement.

“The movie star had Cashmere shipped to California and had a beautiful stall built for him. But the stall was only about 20 feet by 20 feet in dimensions. There the poor horse stayed, never being taken out to run or anything. He was pampered, but was a virtual prisoner in a small cell.

“For about a dozen years the movie star would take people out to show off his prize horse and tell the story of the famous race. But then, one day, Cashmere went crazy. He thrashed around and got his legs caught in some cross bars in the walls that surrounded his pen. He ended up breaking both of his knees.

“By this time the movie star had pretty much lost interest in him, and didn’t even do what he needed to have the horse’s legs set correctly.”

Barbara paused as we both looked at Cashmere’s big ugly knees, and the thought of him living with broken legs just sickened me. Barbara said as she had traveled around, especially in Germany, she had heard tell of Cashmere. Then, she said, she was at a banquet the movie star also attended, and she asked him if she could see the horse. He had said, “You don’t want to see that horse. He’s about 18 and is old and ugly.” Barbara had persisted, so he finally invited her to come visit the next day.

As they viewed Cashmere, the movie star seemed disgusted to own a horse with such ugly knees. To make matters worse, Cashmere continued viciously attacking the walls of his confines, even as they stood there. Barbara asked about buying him, and the movie star laughed. “Why would you want this ugly old thing?”

She replied that she had her reason. He thought a moment and then said, “$3500 and he’s yours.”

Barbara agreed, and wrote out the check right then. She found someone to haul him, and a team of around 12 men to load him. Each man took an end of a different rope, and they forcibly dragged Cashmere into the trailer.

I knew the rest of the story, but there was one question I still had to ask. As this wonderful horse gently nuzzled me, I asked Barbara why his disposition seemed to instantly change with me.

She shrugged. “The only thing I can figure is that you were the first person that was nice to him, and he viewed you as his liberator.”

I don’t know if that was true or not, but I do know that forever after that he always considered me to be his best friend.

If this story is true, the amazing part is that the horse did not go insane in that stall long before it did. I can readily accept the description of all those men trying to force the horse--already claustrophobic--into the trailer, having seen that scenario time and again. It always develops into a terrible battle, often leaving the horse scarred or crippled for life, when someone with sense could have accomplished the job with no fuss. Even animals will fight when their agency is violated. What a wonderful ending to a tragic story.

I agree. Excellent and uplifting story!