Living Scriptures Streaming: What to Watch on the “Latter-day Saint Netflix” | Meridian Magazine 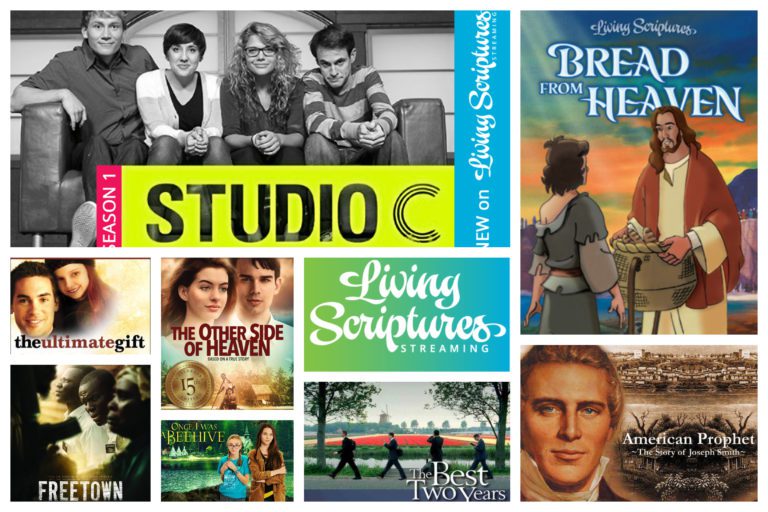 Living Scriptures Streaming: What to Watch on the “Latter-day Saint Netflix”

For daily reviews and movie news, follow me on Facebook. Get movie night right with films sure to meet your family’s standards with my film guide 250 Great Movies for Latter-day Families.

Once known for quality (if overpriced) VHS tapes of animated scripture stories, Living Scriptures has evolved into the place to stream all your favorite Latter-day Saint and Christian content at a low price. It’s got over 1500 titles, with a catalog that’s growing every week. As a Latter-day Saint parent (and movie enthusiast myself), it’s been a go-to for Sunday afternoons and to supplement our family’s study of Come, Follow Me with its weekly video clips, activities, and recipes that coincide with the week’s lesson.

I’d seen the ads for the service on my social media feed, but it wasn’t until I met CEO Matt Brown at this year’s LDS Film Festival that I decided to take the platform for a spin. I was impressed by his sincere devotion to offer an alternative (or addition) to subscriptions for Netflix and Hulu and to offer content that is family-friendly and testimony-building. There are so many films, new and old, that are getting a second life here. Allow me to offer a tour of what’s available for you to watch today.

As a lover of “Mormon Cinema” (the good ones, anyway), I’m impressed with Living Scriptures’ deep catalog of worthwhile films. From classics like God’s Army, The Best Two Years, The Singles’ Ward, Pride and Prejudice, Saints and Soldiers, Forever Strong, The Errand of Angels, and The Other Side of Heaven to newer offerings like The Cokeville Miracle, Love Kennedy, Once I Was a Beehive, The Saratov Approach, Freetown, Saturday’s Warrior, 17 Miracles, Joseph Smith: Plates of Gold, Ephraim’s Rescue, and Emma Smith: My Story, there are so many quality, faith-promoting films to stream anytime.

All seven seasons of Studio C are on Living Scriptures. This is not a drill. Other favorites like Relative Race, quality made-for-TV films like Silent Night and Instrument of War, and excellent documentaries like Fires of Faith: The Coming Forth of the King James Bible, Joan of Arc, and Handel’s Messiah are there, too.

It’s not just Latter-day Saint content here. There are plenty of uplifting, family-friendly films like The Ultimate Gift (and its sequels The Ultimate Life and The Ultimate Legacy), Where the Red Fern Grows, Walt Before Mickey, Rogers and Hammerstein’s Cinderella, Letters to God, Outlaw Trail, and Christmas Eve (starring Psych’s James Roday and X-Men’s Patrick Stewart), along with dozens more. I particularly recommend On Wings of Angels, about the mission to China served by Chariots of Fire Olympic runner Eric Liddle, starring Joseph Fiennes from Risen and Luther.

Matt Brown told me that one thing he prides himself on is that parents can leave kids with Living Scriptures streaming and not worry about them stumbling on something inappropriate. That is absolutely true, but even better is the content that’s specifically created for them. From the entire library of animated scripture and American hero stories to the truly delightful Owlegories series, from Baby Joy Joy (yes, “Baby Shark” is here) to Bob the Builder, Paddington Bear, and Babar, there is so much here.

In addition to seven seasons of Studio C, the first season the hit DryBar stand-up comedy series is here, along with films like Inspired Guns, Mobsters and Mormons, The RM, and Mouth of Babes (the Latter-day Saint version of Kids Say the Darndest Things; it is hysterical).

PBS’ groundbreaking American Prophet: The Story of Joseph Smith is here, as is The History of the Saints, Sacred Stone: Temple on the Mississipi (about the Nauvoo Temple, narrated by Hal Holbrook), Trail of Hope, The First American (about George Washington, narrated by Newt and Callista Gingrich), Hidden in the Heartland, A Reel Legacy: How LDS Cinema Began, America’s Choir, and loads more.

This is deep in the treasure trove. I’d not know about these if not for my wife, who grew up with them. Well-researched and engaging, these audio performances are like classic radio serials, except they’re about the scriptures, church history, and American history. Our kids love them and listen to them every night at bedtime, leading to their being well-versed in these eternally-significant tales.

As you can tell, I’m a fan and I’m happy to spread the word. You can get a free month to take it for a spin. Our family is glad that we did.

Jonathan Decker is a licensed marriage and family therapist, actor, author, and film critic. He is known for being the clinical director of Your Family Expert, star of CTU: Provo and The KJZZ Movie Show, author of 250 Great Movies for Latter-day Families, and former performer with BYU’s Divine Comedy.

Thank you, Jonathan, for the recommendation!! We signed up. I like to support any efforts to offer alternatives to the increasingly questionable content available today.