Life is a Test. Click Here for the Answers. | Meridian Magazine 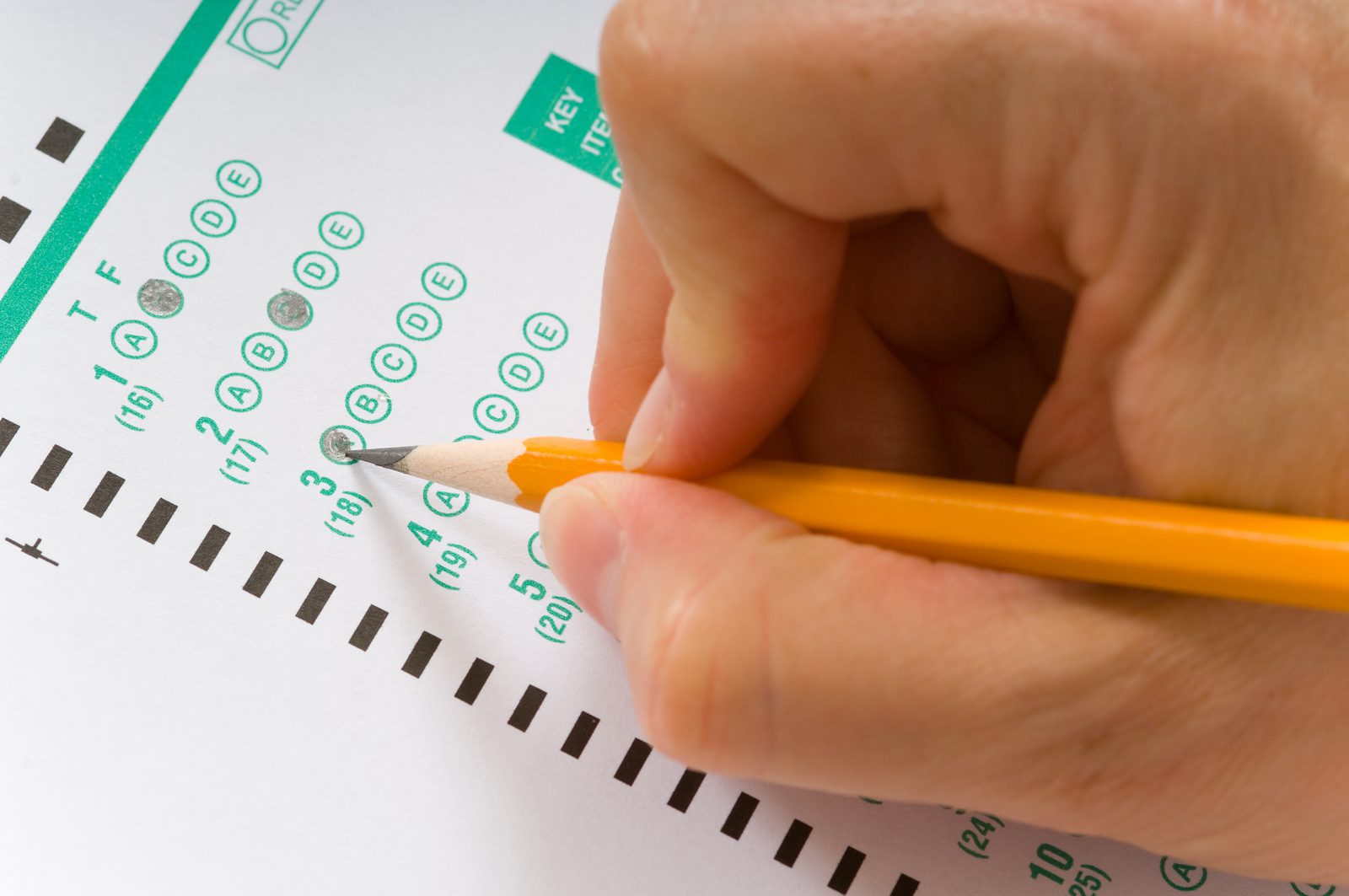 Life is a Test. Click Here for the Answers.

Life is not a biological accident–a handful of sentient and non-sentient animals in a lifeless corner of the universe. Life is not a happy combination of amino acids and seawater and twenty-seven billion years of trial and error. Life is not a flash of light and pain between being and oblivion.

Life is a test. I learned that truth from a student who was, of course, taking a test. One of mine.

I was teaching a Religion 421 class in the Eyring Science Center at Brigham Young University (BYU). The students, returned Mormon missionaries every one, were laboring over an exam on First and Second Nephi. The atmosphere was intense, the students grappling with their memories of the scriptures and scriptural concepts in an effort to demonstrate their understanding. I had truly challenged them. I knew it. I felt good about it. My questions and problems were forcing them to examine the content and meaning of holy writ in deeper (and hopefully more meaningful) ways than ever before.

I scanned the tests as they came in at the end of the class period, spot-checking answers to favorite questions, trying to get an early impression of how well the students had learned. As I sorted through the papers, I found one with a note that was written boldly in red ink and half-inch letters across the front page. The note read: “Brother Gibbons, the Test of Life is open book, take home, and multiple choice, and if you need help you can call the Instructor. Why isn’t your test like that?” I did not notice when the last student left the room, not even when the desks began to fill with bright, young, potential scientists. It was not until the section teacher for the next class tapped me on my shoulder that I had any notion of where I was or what I was doing.

Life is a Test, complete with a Testing Center, sample problems, textbooks, and a final grade.

Consider the record. Abraham knew life was a Test, for He heard the Lord say, “And we will prove them herewith, to see if they will do all things whatsoever the Lord their God shall command them.” (Abraham 3:25, emphasis added.) Joseph Smith knew, for the Lord explained “. . . I have decreed in my heart . . . that I will prove you in all things, whether you will abide in my covenant, even unto death, that you may be found worthy. For if ye will not abide in my covenant ye are not worthy of me.” (D&C 98:14, 15, emphasis added.) Speaking to Joseph of the homeless saints that had been driven from Jackson County, the Lord said, “Therefore, they must needs be chastened and tried, even as Abraham, who was commanded to offer up his only son. For all those who will not endure chastening, but deny me, cannot be sanctified.” (D&C 101:4,5, emphasis added.)

To Jeremiah Jehovah spoke of the Test when He declared, “I search the heart and examine the mind, to reward a man according to his conduct, according to what his deeds deserve.” (Jeremiah 17:10, New International Version, emphasis added.)

Medical school is difficult, time-consuming, at times discouraging, and terribly important for those who want to be doctors. But the school is not more important than actually being a doctor. Medical school, like mortality, is a journey, not a destination. I have two brothers and a brother-in-law who are doctors. Because they were in some ways financially disadvantaged, they were required to work in order to earn funds to defray medical school expenses. Among many other things, they submitted themselves to sleep-deprivation experiments and to experiments with electrical burns. Two of them have now retired after meaningful careers in medicine. But I have never heard either of them say, “How I miss the good old days of medical school!”

And when we leave the Testing Center, if we have passed the Test of Life, none of us will ever say, AOh for the good old days of mortality!

The test of obedience constitutes the very purpose of our being upon earth—the object in view in the creation of the earth as an abode for man, the great object that the Lord had in peopling the earth. Do you remember his words to Abraham after the decree had been made plain that there should be formed an earth upon which those then unembodied spirits should dwell? The explanation was in part given: “And we will prove them herewith to see if they will do all things whatsoever the Lord their God shall command them.” That is the sum total of the test of the examination under which every mortal has to pass in this great university of life. (Elder James E. Talmage, C.R., October 1919, p. 93.)

Knowing and remembering that This Life is a Test will give us increased power and greater potential for solving the problems of the Test correctly.

During the next several months we will examine sixteen rules about how to pass The Test of Life.

The following terms and concepts will appear frequently as we discuss this topic.

Being thrown out of the Testing Center: An unexpected departure from mortality.

Courses of Study: Covenant-keeping, Beginning and Advanced Mortality, and Probation.

Grading the Test: The judgement.

Graduation: Leaving the Testing Center having passed the Test.

Leaving the Testing Center: Death: the end of the Test.

Owner’s Manual: The standard works and the words of the living prophets.

Passing grade: Keeping the second estate, and earning the blessings of eternal life

Teacher: The Father, the Son, or the Holy Ghost, who are one God.

Teacher’s Aides: Those who assist the Teacher in operating the Testing Center and in conveying the Teacher’s instructions to participants in the Test.

Test: Mortal life; the organizational aspects of mortality by which the Teacher proves us.

Testing Center: Earth, the second estate, including the spirit world, where we take the Test.

The preceeding is the first part of Ted Gibbons’ series on how to pass the Test of Life. It comes from his book, ‘This Life is a Test.’ If you would like to get your own e-copy of the entire book, send $5.00 to the PayPal account of [email protected]  We will email you an e-copy of the book.

I once worked as a teacher's assistant to Truman Madsen in an introduction to Philosophy class at BYU. There were several of teacher assistants and we had the job of conducting small discussion groups, drawing up the tests, and grading the students. It was pretty obvious by mid-semester what grade each student would most likely get by the end of the class. There were few if any surprises come the end of the semester. We could have just cut the semester short, give them their grades and they could be on their way, but they weren't there just for the grade. They were there for the knowledge, for the experience. Heavenly Father knows what "grade" we will get from the test of mortal life but we still have to go through it both to merit the grade but also to gain the knowledge and experience.

This is for Joey. I love your analogy of repairing the bike tire. Near the beginning, at the appropriate age or upon conversion, we too are completely dunked in water; not to find escaping air but to seal us. Over time we puncture ourselves and our spirituality starts to deflate, For my own bicycle I bought double-thick tubes and very puncture resistant tires. Now, several years later I still have not had a flat tire. I wish I cold say the same for my spirit. Sometimes it is left flapping in the wind, until the next sacrament meeting where we all can apply another new patch.