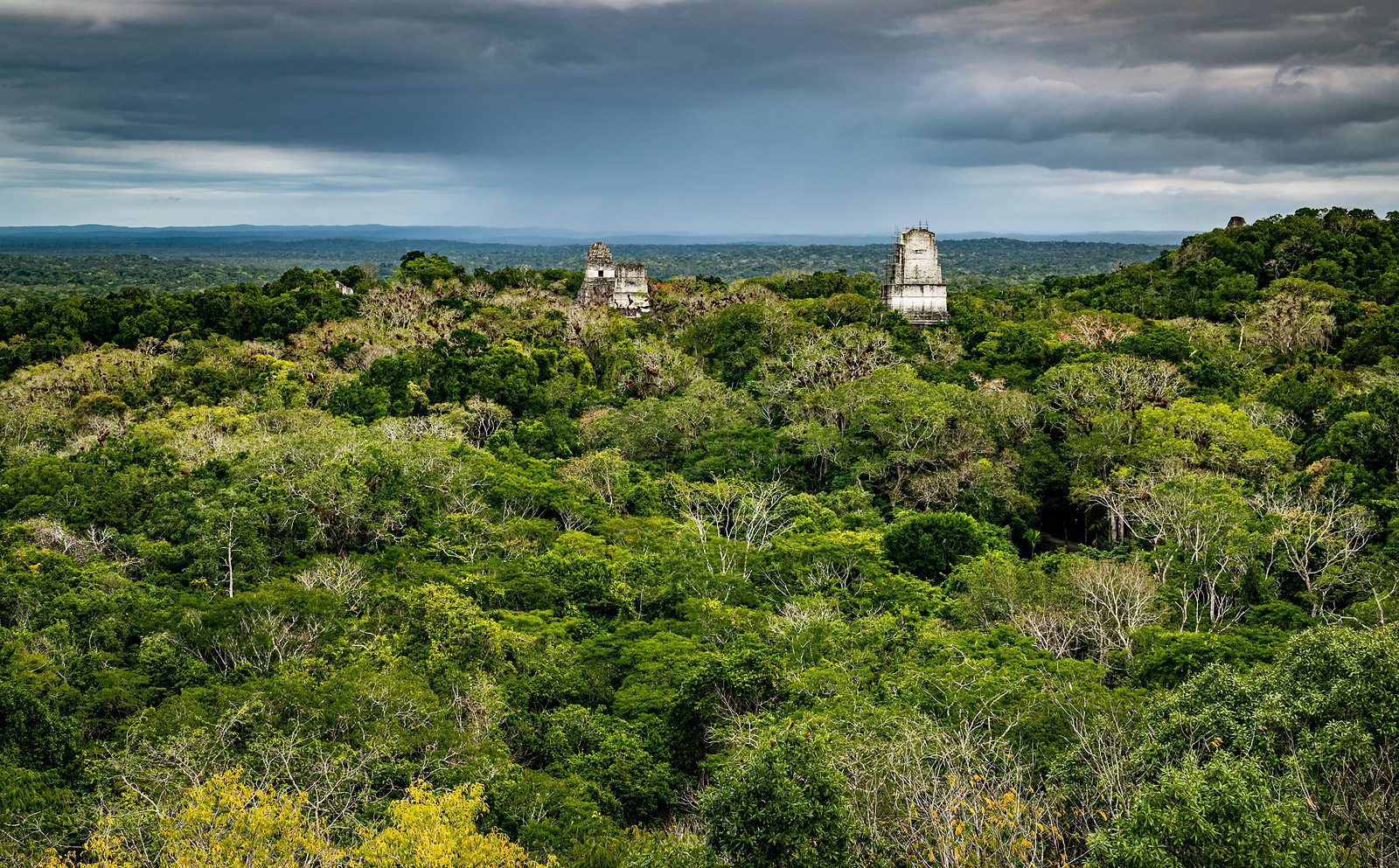 I first learned about a new aerial photography technic called LIDAR Imaging as I was completing my book Izapa Sacred Space: Sculpture Calendar Codex (Norman 2015) on the ancient Izapa, Mexico Temple calendar observatory located on the southwest border of Guatemala.

Archaeologist, Dr. Robert Rosenswig of the University of Albany in New York headed a team in 2012 that produced aerial view LIDAR images that matches the accuracy of the 1982 New World Archaeological Foundations topographic map of Izapa. This project also illustrated that the Izapa domain was “significantly larger . . .during both the Formative and Classic periods.” They eventually surveyed the entire Soconusco zone identifying distant interactive sites with Izapa shown in Fig. 2 (black dots).[2]

The Izapa Temple Observatory prevailed from about 1500 BC to 1100 AD, was a highly strategic communication corridor between the Pacific Coast and the highlands of Guatemala and the tropical lowlands of the Peten in Northern Guatemala.

As you have read the Book of Mormon, have you ever wondered why so many people got “lost in the wilderness” as mentioned in Mosiah 7: 4; and Mosiah 8: 7-8?  Could there be a massive “wilderness” area in the Americas where travelers would get lost?  And do you know of regions in the Americas that have antiquities showing massive population centers, fortified cities, sophisticated agricultural land use, and war zones that correspond to those that are mentioned in the Book of Mormon?

In February of 2018, the National Geographic reported on discoveries in Mesoamerican archaeology using the new LIDAR imaging technology (Light Detection and Ranging). Airplanes flew back and forth with LIDAR cameras shooting billions of lazar images that cut through the jungle canopy recording the extensive unseen ruins on the ground surface, “revealing the ruins of a sprawling pre-Columbian civilization that was far more complex and interconnected than most Maya specialists had supposed.“ [3]

LIDAR researchers in the Peten, northern Guatemala, working with the PACUNAM Foundation of Guatemala (“Fundación Patrimonio Cultural y Natural Maya”), were led by archaeologists Thomas Garrison, Richard Hansen, Stephen Houston, Fernando Paiz and many others. The group mapped 10 tracts totaling 2,100 square kilometers in the Mirador Basin and other areas of northern Guatemala. [4]

These archaeologists discovered vast Mayan cities estimated to have been occupied by 10-15 million inhabitants during the Classic Maya period. This discovery corresponds to the Book of Mormon record during the same time period which interestingly was the very first criticism of the Book of Mormon in 1830, when everyone knew native American people had always been nomadic, hunter gatherers living temporarily in small villages.

Mormon grew up in the Land Northward and traveled in his youth with his father, Mormon into the land Southward to Zarahemla. He marveled that the entire face of the earth was covered with cities from sea to sea (Mormon 1: 6-7). Central America, to my knowledge, is the only place in the Americas that ideally fits this description. (See John Pratt article for extensive Book of Mormon geography requirements that are not found in the eastern USA: http://johnpratt.com/items/docs/2020/heartland.html

Warning Voices in the Book of Mormon.

Nephi repeats the words of the Lord, “Inasmuch as thy seed shall keep my commandments, they shall prosper in the land of promise.” (1 Nephi 4:14) This is repeated many times throughout the Book of Mormon, usually following periods when the people did not keep the Lord’s Commandments. They were warned that if they did not keep the Lord’s commandments, they would be subject to casualties from enemies as well as from the Lord.  This includes a dire warning for our day of similar conflicts. (See: 1 Nephi 4:14; Alma 49: 13; Alma 58: 8; 4 Nephi 23-26; Mormon 8:7-8). [6]

The Nephite final decline began in 240 AD when Gadianton secret combinations and wars spread throughout the land to the final battle at Cumorah at 385 AD which proved the destruction of the Nephite nation.

The Lamanite people continued to war one with another and the whole face of the land was “one continual round of murder and bloodshed and no one knoweth the end of the war.” (Mormon 8:8). Nephi saw this time in vision when the Lamanites would continue to war after the Nephite destruction until their civilization disintegrated into tribal societies (1 Nephi 12: 19-21). This corresponds to the collapse of the Maya civilization around 900 AD.

The PACUNAM Foundation plans to eventually map more than 5,000 square miles of Guatemala’s lowlands, part of the pre-Columbian civilization settlement system that extended north to the Gulf of Mexico and across the Yucatan peninsula. [7] With the new data from these projects, archaeologists and scientists anticipate many years of research and evaluation.

With these new LIDAR images, we have significant information on the status of areas of large populations beneath the lowland Peten jungles of northern Guatemala that correspond to ancient history in the Book of Mormon. (See Fig. 1. Mesoamerican Map).

I watched the National Geographic special about Lidar a few years ago. The whole time I was watching, I was talking to the TV scientists, "Haven't any of you read the Book of Mormon?" I enjoyed it so much, I recorded it and had my kids and even a few of my neighbors over to watch it. The science is amazing and I can't wait to see what the extended research shows us. It makes me want to be the Indiana Jones of Central America. :D