Let the More Loving One Be Me | Meridian Magazine 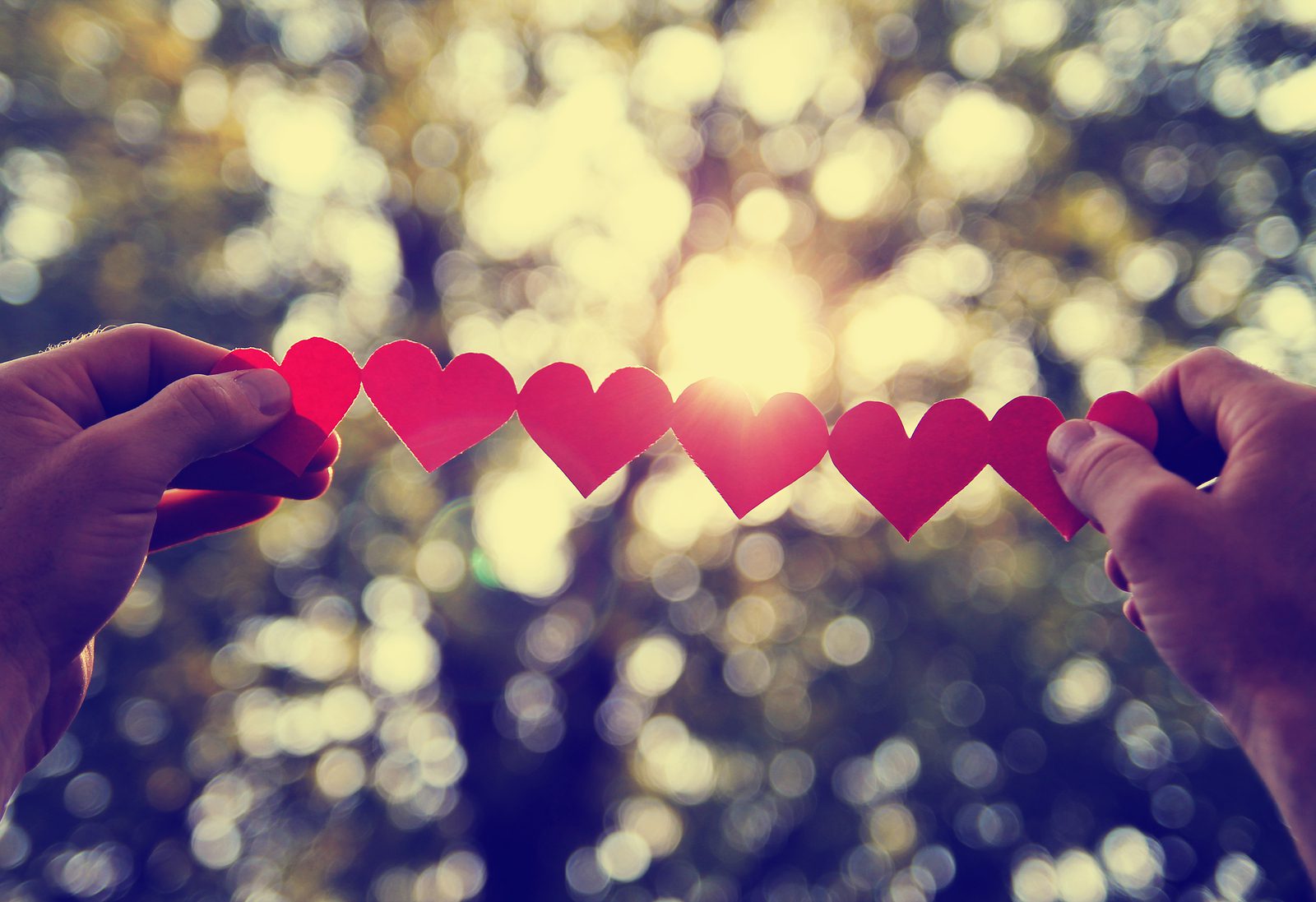 Let the More Loving One Be Me

I have done very few truly wild things in my life—scratch that—I’ve done a whole bunch of wild things, but I have done precious few wild things in my love life. Three or four years ago, I struck up a sort of correspondence with a guy I met at a film screening. We chatted on Facebook quite a bit and I realized he had been a TA of mine in one of my classes years before, but we really didn’t know each other that well. I found him witty and interesting and one day when he sort of said in passing that I should drop by and visit him at his apartment sometime, I decided to actually do it.

You are no doubt familiar with the American practice of totally empty invitations, like when you run into an old acquaintance and after some casual small talk close the conversation with, “we should totally get together sometime soon!” You both walk in your separate directions feeling confident in a successful interaction with a human and fully aware that you will never follow through on that elusive appointment to catch up. I have no way of knowing whether this boy’s invitation was an empty one, but the day I showed up, he was not expecting me.

I walked around the back of the building where the entrance to his basement apartment was, stepping over a rusty old bicycle and a row of broken planters that were filled with dirt, but no plants. It almost looked abandoned and I was suddenly overtaken by nerves and a feeling of how ridiculous it was that I even got this far, that feeling only increased when I knocked several times and no one came to the door. It’s a blur in my memory how I got from unresponsive knocking to sitting on his couch while he was in the bathroom, still unaware that I’d be there when he came out.

You have to know that this whole scenario wasn’t like me at all. I have been known to lash out in the occasional dramatic gesture towards a boy, but only after literally years of pent up, unexpressed feelings and only if that boy has given me some actual indication of reciprocation.

But I really outdid myself on this one. (Though again, he’d given me no indication that he wanted those attentions from me). He was recently divorced and from what I could tell having a pretty rough time of it. His birthday was fast approaching and so I decided to message every single one of his friends on Facebook and ask them to send back a message of something they loved about him or a fond memory. I genuinely don’t know what possessed me to do it.

I showed up to his birthday party with a bunch of his friends that I didn’t fit in with at all. I had my precious little bundle of love notes for him tucked away in my bag. I’d affixed them to a series of index cards in a long chain so that there would be a really dramatic visual when he picked up the top card and had a cascade of appreciation fall out the bottom.

I was too embarrassed to hand it to him personally, so I slid it under the door to his bedroom hoping that he’d find it after I was long gone. My plan seemed to have worked, then just as I reached his front door to leave, I heard him say, “hey, what’s this?” Woof. Caught in the act. Blushing face, lots of mumbled you’re welcomes.

I’ve been thinking over this experience a lot this week. It’s funny because it’s probably one of the most elaborately nice things I’ve ever done for someone else, but we didn’t build a relationship that would warrant that sort of thing before the incident and nothing really ever happened after either. We weren’t secretly soul mates; we didn’t even go on a date. He helped me learn some French for a play, I vaguely helped him build a trebuchet. That’s pretty much the entire story.

And you know, I take such great pleasure in the fact that I got to do that for him even though it didn’t necessarily get me anything back. I really didn’t do much except provide a forum for other people in his life to express their appreciation for him. My mind has been dwelling on this though because I realize that many, if not most of the loving actions I’ve taken in my life in the past have been dependent on first feeling loved and accepted by somebody else. I won’t move until someone else makes it utterly clear that my movements won’t be unwelcome.

I think it is something we are all prone to do. We gladly serve our friends and family—or at least those that have already won our affection. But as single adults, we often don’t show admiration and appreciation of an individual (particularly of the opposite sex) until we have been shown warmth by them first. We don’t do nice things for someone unless we know what kind of credit it’s getting us with them. We might even get upset or bitter if we show affectionate action to someone if they don’t immediately turn around and reciprocate it.

“If equal affection cannot be, let the more loving one be me.”

Those words resonate deeply with me. I think without even realizing it, I’ve spent a lot of my adult life waiting for love from someone else before being willing to love back. Whether it’s sitting down in Relief Society next to someone that remains a stranger because they didn’t show very much immediate interest in striking up conversation or not texting a boy back right away because he waited so long to text in the first place.

There is a dance I find myself doing sometimes where I’m tiptoeing around waiting for the cue that will tell me it’s ok to be warm and familiar with someone. Once I sat in a fireside where I’d gotten to know the couple that was going to be speaking, but only briefly, several years before. I remembered them well, but I had no idea if they would remember me. They’d gotten lost on their way and therefore came down the aisle and went up onto the stand with most of the audience already in their seats.

They turned around to face the congregation as they sunk into their seats, but when the husband spotted my mother and I sitting in the third or fourth row, he stood right back up and came straight down to us to say hello. You can’t imagine how nice it felt for someone to indicate that we were important, even in some small way like that.

Let the more loving one be me.

I want to be that person that stands right up and pours out warmth freely even upon people that are little more than acquaintances. I want to quiet the pitiful, churlish voices in my head that hold the great debate of “to greet or not to greet” whenever I spot someone I don’t know very well yet or knew well a long time ago. I want to offer my love freely whether or not I think it will earn me lasting friends or hot dates.

If one of us doesn’t learn to be ok with being the “more loving one,” I think we’ll all live much smaller lives than we have within us.

Having gone through a tough divorce, I can tell you that any uplift of one's spirits during that time is a huge blessing for someone. Just getting those notes from his friends probably helped at a critical juncture more than he would admit (or anyone else for that matter.) It is good anytime we can follow the Spirit and show any kindness to someone we don't know well. Beyond fellowshipping/friendshipping, it can goodwill for future interactions not just with you, but others as well. Beyond missionary contacting (where it can take 7-10 contacts before some people are open enough to listen further), it can warm someone up to the larger community as well. My non-member husband has gone from "anti" to "okay I'll attend some things" from the small kindnesses shown to us by members of the Church over 20 years. I don't know if he will ever "join", but being more supportive me in my callings and even his own service to those I visit teach has been a big blessing.

I liked your article! I am an old woman and can relate to what you have written about. Thank you! I never did anything like that with a boy...but oh, how I do it in a room full of people. I promise I will try to do differently in the future. You are a sweet young lady. I have followed your articles from the first one that was put in Meridian.