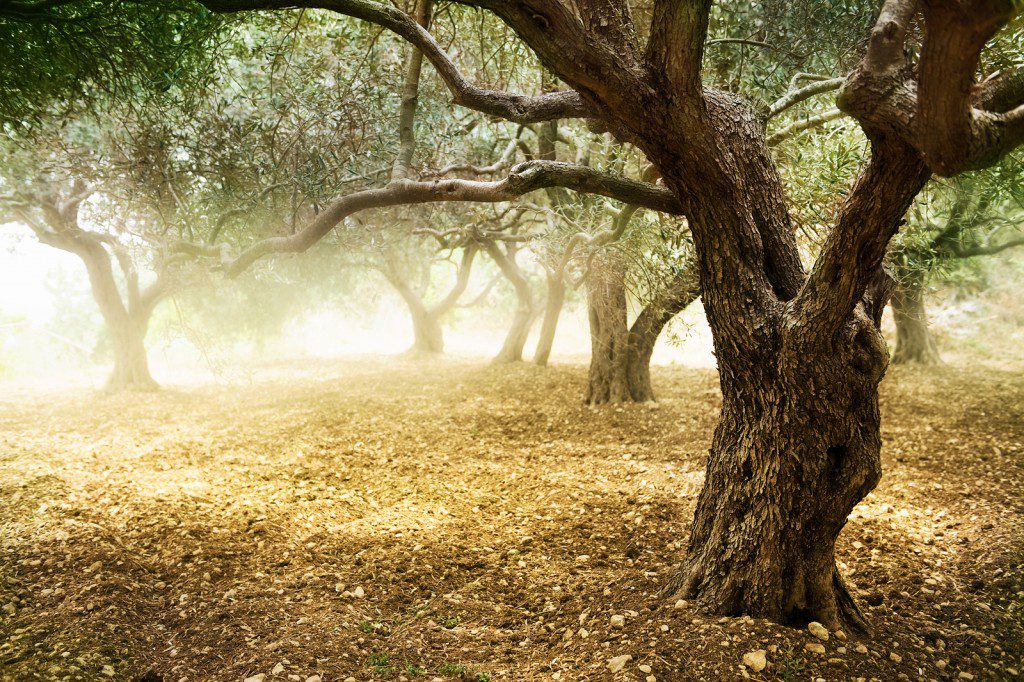 Lesson 13: The Allegory of the Olive Tree

Introduction
Often times the student of the Book of Mormon is puzzled when he or she begins to read the fifth chapter of Jacob. Jacob quotes directly from an ancient Prophet who is unknown to us, save it be through the Book of Mormon. Elder Bruce R. McConkie made a significant comment about this prophet Zenos:

“I do not think I overstate the matter when I say that next to Isaiah himself-who is the prototype, pattern, and model for all the prophets-there was not a greater prophet in all Israel than Zenos. And our knowledge of his inspired writings is limited to the quotations and paraphrasing summaries found in the Book of Mormon.” (1)

Coming to Know Zenos
Zenos was a Prophet who lived after the time of Abraham, Isaac, Jacob and Joseph and was of the tribe of Joseph of Egypt. How do we know this? Zenos prophesied of many things that would occur, particularly around the time of the crucifixion and resurrection of Christ. Concerning the time of the destructions following the crucifixion, the great prophet Mormon wrote:

So, Zenos (and Zenock) were ancestors of this branch of the house of Joseph! No wonder they were so interested in his words because he spoke specifically concerning them and those things that would come to pass in the lives of the Nephites and Lamanites, part of his posterity.

We know that Zenos was martyred for his testimony.

“And now I would that ye should know, that even since the days of Abraham there have been many prophets that have testified these things; yea, behold, the prophet Zenos did testify boldly; for the which he was slain.” (Helaman 8:19)

We know that Zenos gave many very specific prophecies that would be greatly significant and important to the Nephites, including the following:


Zenos gave us 4, 261 words in the Book of Mormon (of the total 269, 329 words), which is about 2% of the text. His words are powerful, plain and prophetic and need to be understood by members of the Church in our day and age. Hence this lesson on the Allegory of Zenos.

Coming to Understand and Love the Allegory
If taken slowly and carefully, the Allegory of Zenos can become one of the most rewarding and exciting adventures in all of scripture study. It does not have to be mysterious and unfathomable. Allegories are meant to teach in a way that brings out types, truth, history and context which could not otherwise be revealed so clearly. “Zenos’s extended allegory communicates important meaning, deep emotion, rich wisdom, and divine feeling. No other allegorical encompasses greater historical scope and typological vitality.” (2)

Dr. Truman G. Madsen taught: “Throughout scripture, the Teacher of teachers and his prophets have invoked their surroundings to verify revelatory acts and sayings. The cosmos is their visual aid. In the very rocks and trees of Israel, God’s meaning is lodged-meaning that can reach the center of the soul. Amid all those surroundings, no figure looms larger on the landscape than does the olive tree.

“Religious literature, ancient and modern, is replete with images of a tree of life that is to be planted in a goodly land beside a pure stream. Some typologies regard it as the link at the very navel of the earth-the source of nourishment between parent and child-and place it at the temple mount in Jerusalem, where heaven and earth meet.” (3)

Brother Paul Hoskisson wrote: “The allegory discusses God’s loving care for and tender devotion to Israel and his desire to help Israel reach its righteous potential. The allegory is also, as any well-written allegory is, at once simple and complex, obscure and obvious.” (4) The tame olive tree plays the central role in the allegory. This tree symbolizes the house of Israel. (Jacob 5:3)

To understand the allegory it is well to get out your marking pencil or your standard scripture marking utensil and make a few notes in the margins of your scriptures. This will play a key role in understanding Zenos’s allegory.

First of all, remember what the Lord said in the book of Moses: “All things bear record of me.” (Moses 6:63) The allegory is no exception. As we come to understand the allegory, the metaphors and the symbols placed within the story, we will begin to understand more fully the atonement.

Marking the Scriptures
One of the basic things to understand about the allegory is that there are five time periods talked about and four different groups, or geographic locations of people. This is where marking the scriptures will be helpful. A simple way to identify the time periods is just with the letters A, B, C, D, and E. A simple way to identify the various groups or branches of Israel is with the numbers 1, 2, 3, and 4. Let us first identify the groups of people and where they were led geographically, by description from the allegory, and then we will mark the scriptures together so this allegory will become more understandable.


Group 1. A tame olive tree in the land of Israel. This geographical area is easy to identify as ancient Israel, or the land of Palestine located in and around Jerusalem, the holy city.


Group 2. The poorest spot of ground in the vineyard. Not easily identifiable as to where it is. It is far afield from Israel. Could be the British Isles. Could be a general category referring to a certain type of area where this branch was taken.


Group 3. A poorer spot of ground even that group 2. Not easily identifiable as to where it is. It, too, is far afield from Israel. Could be the “north countries” where the ten tribes were led around 721 B.C. Could be a general category of land where the scattered tribes were scattered, a barren land without the covenants and blessings of the Lord.


Group 4. A good spot of ground, even choice above all other parts of the land of the vineyard. This land, too, is greatly separated, geographically, from the mother tree, or the land of Israel. This land is where the children of Lehi were led. It is the land of the Nephites and the Lamanites. It is likely not only Central America, but the continents of North and South America. Next to the land of Israel, this is the easiest location to identify.


The time periods are as follows:


Period B. This is a long time after the first period (Jacob 5:15) The scattering has taken place and the tribes are to be found around the mother tree and in at least three other areas around the vineyard. It appears that this time period is likely from about 721-600 B.C. until about 90 B.C. or thereabouts. The key to understanding this time period is where the good fruits are being found, specifically with Group 4, the Nephites and the Lamanites. (See Jacob 5:25) And since the Lamanite converts did not begin until after about 92 B.C. with the mission of the four sons of Mosiah, it has to take place before this time.


Period C. This is a long period of time after Period B. The allegory says that “the time draweth near, and the end soon cometh…” (See Jacob 5:29). This time period includes the time of the coming of Christ, the destructions of Jerusalem around A.D. 68-70, the destruction of the Nephites, approximately A.D. 385 (see Jacob 5: 45) and includes a major portion of time into the dark ages, or the time of apostasy, perhaps even up until the end of the eighteenth century or beginning of the nineteenth century (late 1700’s or early 1800’s).


Period D. This is the last time that the vineyard is pruned and the harvest is brought in. It is the Dispensation of the Fullness of times. It is the period which includes the Restoration of all the keys and up until the time of the Second Coming. It includes from at least 1820 until the end of this dispensation. It is a time period that is the shortest of all the time periods. It is a time of gathering, where the covenants of Israel are re-established in the land of Israel. Again, it is the last time (see Jacob 5:62).


Period E. This is the Millennial Reign of the Lord. It is a thousand year period beginning just before the Second Coming of the Lord. No man knows the date of this time period. The signs of the times seem to point to a season, potentially in the foreseeable future.


Time Period A begins with Jacob 5:4 and goes through verse 14.


Time Period B begins with Jacob 5:15 and goes through verse 28.


The following is a scripture-marking exercise that will help you identify the geographical locations and/or groups of people as identified above. Again, this is not meant to be comprehensive. You can place the letters next to the verses and this will help you keep them clear in your mind for future readings.


Group 4 can be marked next to the following verses: 24-27; 39-46. It is noteworthy that Zenos spent a lot of time and detail on this last group which was his own posterity, the children of Lehi.


It is interesting to note verse 44 is a clear reference to the destruction of the Jaredites before the Nephites and Lamanites spread forth upon the land.


Some Other Keys
Jacob has placed clues to understanding Zenos’s allegory both before and after chapter 5. Remember from past lessons that the best commentary ever written on the scriptures is the scriptures themselves. The book of Jacob is not exception. One of the great keys is found in Jacob 4:13:

“Behold, my brethren, he that prophesieth, let him prophesy to the understanding of men; for the Spirit speaketh the truth and lieth not. Wherefore, it speaketh of things as they really are, and of things as they really will be; wherefore, thee things are manifested unto us plainly, for the salvation of our souls. But behold, we and not witnesses alone in these things; for God also spake them unto prophets of old.”

Zenos was one of those prophets. Nephi gives us another key. His brothers could not understand the things which their father, Lehi, had told to them concerning an olive tree and the scattering and gathering of Israel. Nephi asked his brothers the deep and yet simple question: “Have ye inquired of the Lord?” (1 Nephi 15:8) Of course, they had not. The same question is revealing of our own selves. “Have we inquired of the Lord concerning these things?” The Lord is ever willing to answer the humble prayer of His children. He is willing to reveal not only the truth of the allegory of Zenos, but also the meaning-both hidden and clear.

Jacob records commentary in chapter 6: “And how merciful if our God unto us, for he remembereth the house of Israel, both roots and branches; and he stretches forth his hands unto them all the day long; and they are a stiffnecked and a gainsaying people; but as many as will not harden their hearts shall be saved in the kingdom of God…And while his arm of mercy is extended towards you in the light of the day, harden not your hearts.” (Jacob 6:4,5)

I copy the article, paste it into my word processor, do a bit of cleaning up, move the title to a header, add page number and page count. Then save it. Printing is now possible, however I find no need for a hard copy. Hope this helps you.

I am grateful for these articles because they help me teach better in the Gospel Doctrine class. I do wish that words and lines wouldn't be cut off when I print the articles.